Coffin Comics has just announced that the new character Lady Satanus is in development for her own story by creator/writer Brian Pulido and co-writer Mike MacLean. The announcement came in advance of her 1st appearance in Lady Death: Blasphemy Anthem #1.

“The sneak preview of Dawn McTeigue’s Lady Satanus cover for the Lady Death: Blasphemy Anthem #1 really created a buzz. And rightfully so,” say co-writer Mike MacLean. “As for the character herself, if you took a wicked, silver-tongued socialite and gave her access to the darkest magics of Hell, you’d have an idea of what Lady Satanus is like.” 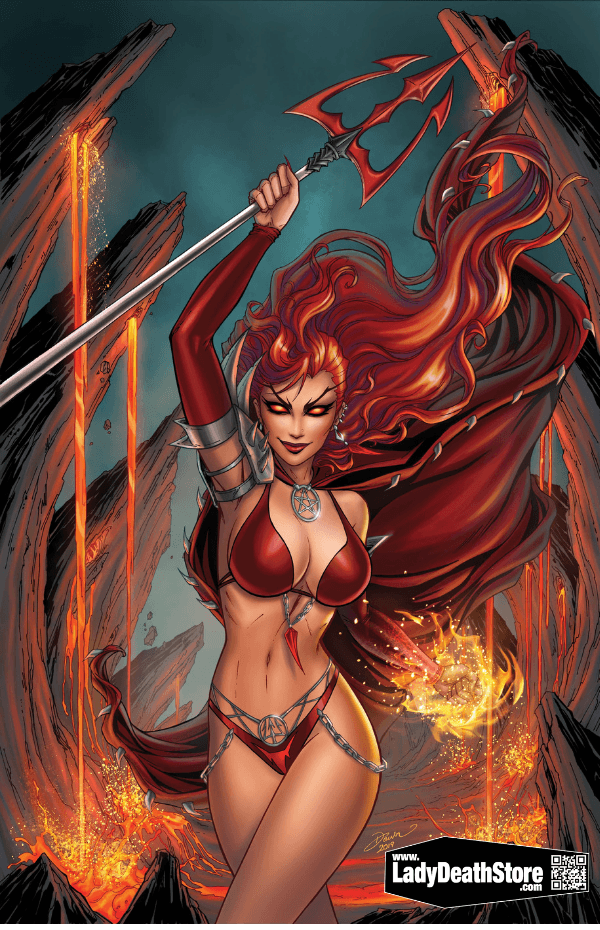 Based on the overwhelming support from Coffin Comics fans of the Lady Satanus sneak preview cover, legendary comic book creator Brian Pulido was forced to take notice. Thankfully, he has a delicious story in mind, “I think the fiends will be happy,” Pulido claims.

The project release date is yet to be announced.