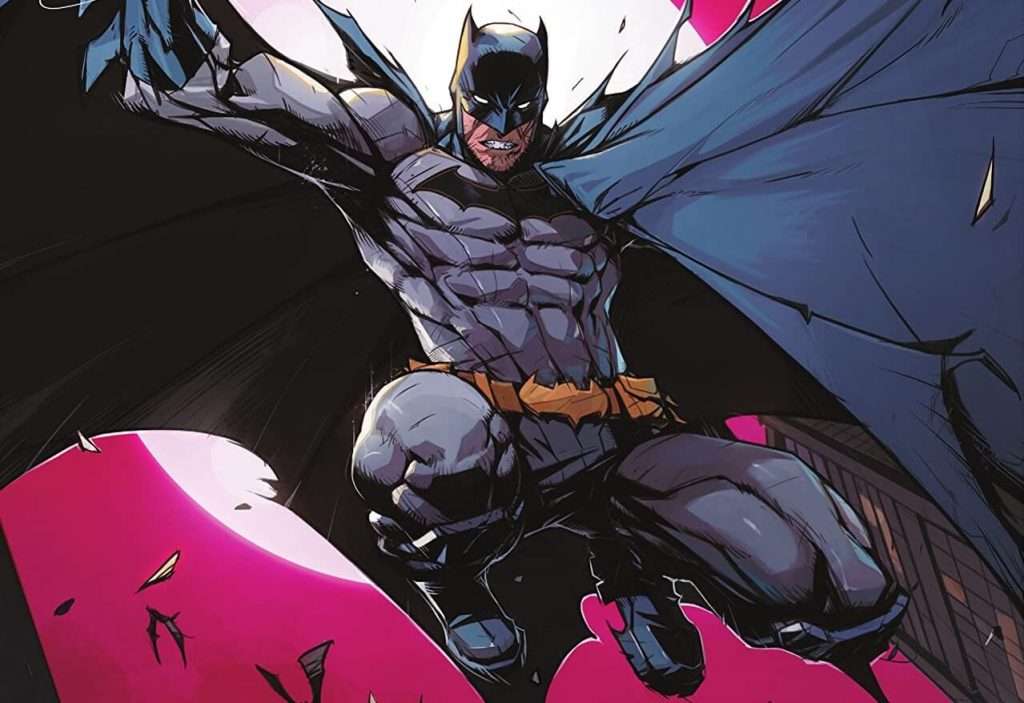 The Globe and Mail of Toronto interviewed Zdarsky, who’s the latest scribe to get a job helming Batman. He told, for example, how he first worked in journalism:

Is it safe to say that your recent work on the anthology series Batman: Urban Legends was an audition of sorts, and you … passed?

I guess it was! The Urban Legends story was my take on modern Batman. But also over the pandemic I’d been writing Batman: The Knight, which is a miniseries about young Bruce Wayne travelling the world and acquiring his bat-skills. That was for the main Batman editor, Ben Abernathy, and we got along really well. I think he enjoyed the scripts and also working with me. As you know, I came from Canadian newspapers, so the daily deadlines of those jobs made me pretty good with the monthly deadlines of comic books. Never underestimate turning scripts in on time in career advancement.

Well what bothers me about this is that, as some could argue, he also comes from an industry where a whole lot of J. Jonah Jamesons dominate, and he surely condones the far-left leanings prevalent among these types for a long time now. For now, however, what’s eyebrow-raising here is the likelihood Zdarsky’s only getting into this so he can send Batman on the same path as Superman was in 1992-93, if Bruce Wayne hasn’t been yet (and IIRC, over a decade ago, Grant Morrison once sent Bruce into limbo already):

You’re calling this upcoming Batman arc “Failsafe” the Dark Knight’s own “Doomsday,” referring I guess to Superman’s own infamous brush with death in 1993. What other inspirations are going to be felt here? And should I be stocking on up on the issues in the hopes they become Death of Superman rare (or, rather, in the hopes it becomes worth substantially more than DOS ended up being worth)?

Yeah, I mean, back in the day the Batman equivalent of Doomsday was Bane, who infamously broke his back in the comics. And then Tom Hardy broke Christian Bale’s back in the movies. Classic Tom Hardy! Here I wanted to design a villain with our artist Jorge that could challenge Batman in a bigger way. Look, I’m not discounting broken backs, but Christian Bale just healed his by chilling out in a pit and hanging by a rope, really stretching that puppy out. It’ll take more than that for what we’re doing in the comic. And hey, I’m in no position to be giving advice on how to balance your financial portfolio. And don’t look to Batman for advice either. Bruce Wayne got rich by paying that guy to off his billionaire parents in an alley.

It’s not hard to guess where Bruce will end up, possibly for another race-swapping stunt for PC’s sake, if it hasn’t happened yet. I’m amazed in retrospect Marvel didn’t go that route, as it initially appeared to be the case over a decade ago, when Miles Morales was shifted into the 616 universe proper, effectively diluting Spidey’s uniqueness within the Marvel world itself nevertheless. That DC’s willing to go full force with such stunts just shows the problem with their absurd adamancy to follow through with a tasteless story, no matter how noxious it ends up being in the long run. I can’t remember if DC actually concocted the story in the past decade he’s alluding to, or if that’s what Zdarsky’s writing now, but this is atrocious, much like some of the stories turning Superman (and Supergirl) evil. If what they have in store is to somehow retcon Bruce into getting his parents offed in retrospect, that’s just more desecration of their creations.

This year, audiences will get three on-screen Batmen: Pattinson, Affleck and even Keaton. How will your on-the-page Bruce Wayne will stand apart?

Mine is surrounded by Robins. Surrounded! In the comics Batman has a very large supporting cast. A lot of what I’m doing in the book is having him deal with that fact. Is it a good thing to have an army of proteges? What’s his responsibility to the ones willing to follow him into this vigilante life? Also, thanks to our amazing artist, Jorge Jiménez, our Batman is way more handsome than those other chumps. 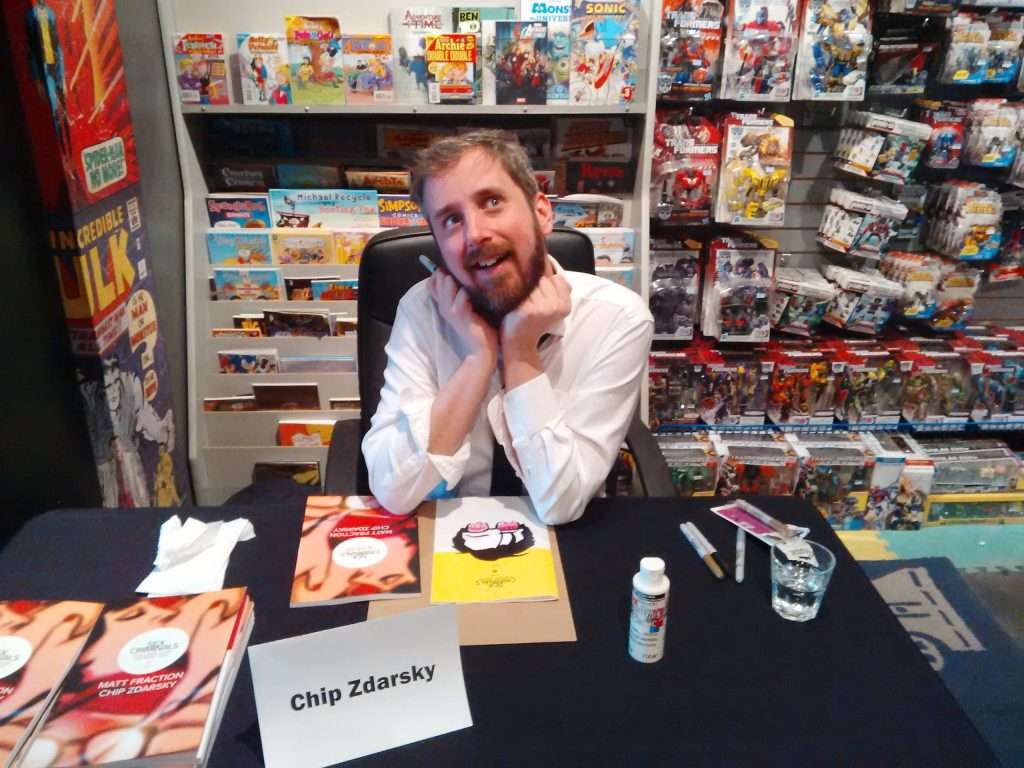 On this note, what are the chances Zdarsky will embrace the recent retcon of Tim Drake to bisexual? If that happens, it’ll become one of various books from the past 2 decades where certain elements alone are reason enough to boycott it. And compound the perception Zdarsky’s another overrated hack writer.

Do you think we’re reaching a point of Batman-saturation? Baturation? Or is the world simply in constant want of new Dark Knight tales?

He’s a popular character! The only thing that will derail the Baturation, or has in the past, is bad work. And it can be challenging to make good work when so many stories and versions of the character exist out there already. But man, it really feels like there’s stuff out there for every Batman fan from bat-cradle to bat-grave.

Well guess what? There’s only so much bad work within the past 2 decades, and the recent Robin retcon is just the latest in a long line of PC directions that’re tarnishing the material. All that aside, I’m afraid there has been way too much Batman, and cultivation of an audience that’s obsessed with gruesome darkness, all coming at the expense of everything that made Superman enjoyable fare long before. Yet nobody, not even Zdarsky himself, cares to admit that.

Not long ago, it was unheard of for a writer to be working on both DC and Marvel books. Yet you’re still going to be on Daredevil. How does that work?

Ha! I switched from an exclusive contracts to non-exclusive contracts a couple of years ago because I’m so scared of commitment. It feels like there’s less of an intense rivalry between Marvel and DC these days, so everyone’s been really kind and supportive about my dual company work. At least they’ve been kind to my face! I think I’m the first person to write both books at the same time? It’s a weird world.

Depending how this is viewed, of course there’s far less hostility, because they both sold out to PC, follow in each other’s footsteps only so often in regards to repellent publicity stunts, and have only so much contempt for the core audiences. As for working at both companies, that was already possible by the end of the 80s, as predecessors realized it wouldn’t look good to retain draconian rivalries. Yet conservatives, on the other hand, are shunned, and you don’t even hear men like Zdarsky praising Chuck Dixon for his work on the Masked Manhunter, which was some of the last worth reading years before. So what’s the point? 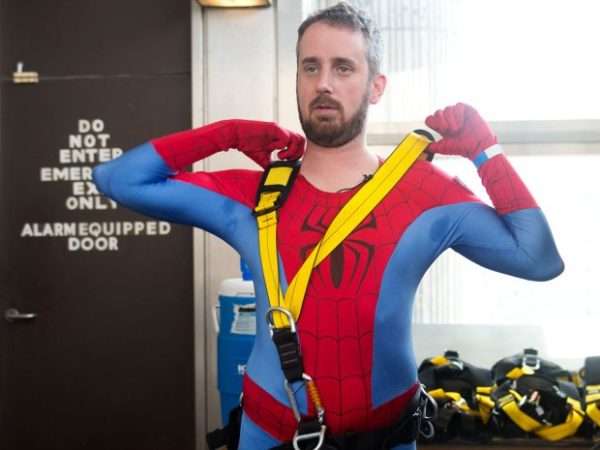