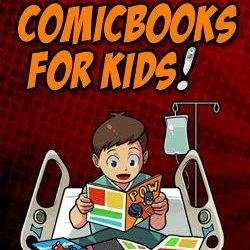 ComicBooks For Kids! is the largest charity in the US for comic books and pop-culture items. This week they announced their first annual ComicBooks For Kids! day happening on  February 22, 2022. President and founder Mark Weiss said, “While Valentine’s Day will only be a week behind us, we will want to keep the love going and on behalf of this incredible industry, share the love of comic books with kids in hospitals everywhere”

The all volunteer organization was founded in 2017 and supports 185 hospitals and cancer centers across the U.S.

The team currently partners with pop culture organizations such as Funko, Paizo, Bendon, as well as multiple publishers, distributors such as Lunar and Diamond and retailers within the industry. The charity is eyeing international expansion, something that Mark hinted at for that day as well.

“This all started with wanting to give back to the kids,” says Weiss, “realizing that while we cannot impact the physiological, we can help the psychological and mental well-being of children with comic books while they are in the hospital. Boys and girls can fly in the sky, fight evil space creatures or ride unicorns. All the while forgetting they are in hospitals. Never could we have ever imagined we would become the largest charity in the US within four years for comic books and pop culture items.”

Months in the planning, the charity says multiple comic shops, media influencers and creators will be participating. 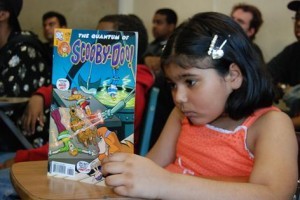 “We work with many organizations in the industry. Lunar and Diamond support us” Mark Weiss adds. “Our Board of Directors has someone from Archie, Oni, TOKYOPOP and others from the industry. And publishers like IDW and Dark Horse have been contributing for years. We also work with Funko, Bendon( coloring books) Pez, Paizo and others.”

The charity works with hospitals in all 50 states, touching base with them several times throughout the year to share what they can send them from the donations they’ve have received in very large boxes filled with new comic books, graphic novels, trades, coloring books, Funko items and more.

You can donate to their charity by visiting their Facebook page Facebook.com/ComicBooksForKids.

ComicBooks For Kids: Why We're Committed