by Jamison Ashley
|
Watchmen, created by writer Alan Moore and artist Dave Gibbons, was first published as a 12-issue maxiseries from DC Comics, cover-dated September 1986 to October 1987. Considered the greatest graphic novel in the history of the medium, the Hugo Award-winning story chronicled the fall from grace of a group of superheroes plagued by all-too-human failings. Along the way, the concept of the superhero is dissected as an unknown assassin stalks the erstwhile heroes.

One of the most influential graphic novels of all time and a perennial best-seller, Watchmen has been studied on college campuses across the nation and is considered a gateway title, leading readers to other DC graphic novels such as V for Vendetta, Batman: The Dark Knight Returns and The Sandman series.

DC Comics is now publishing a 12-issue maxiseries from the critically acclaimed team of writer Geoff Johns, artist Gary Frank and colorist Brad Anderson as sequel of sorts to this ground-breaking series. Already with the first issue on the shelves, questions have arisen.

Is this happening in 1992, in the aftermath of Doomsday killing Superman? What does that mean?

While the first issue has been a best-seller for DC, much like their prequel mini-series titles Before Watchmen were, not everyone is happy.

DC Comics’ has spent three decades screwing over Alan Moore and Dave Gibbons, and Doomsday Clock is one more unpardonable addition to the mistreatment of creators who fundamentally shaped the publisher.

I’m writing to explain why Doomsday Clock is a pretty fucked-up endeavor. This, and the three connected pieces (linked at the bottom of each), will lay out the argument instead of jumping to the conclusion. In a media landscape that’s getting increasingly divisive, angry, and strident, this may be an issue we can all reach a consensus on, but only when all the points are made clear.

Chase outlines the history, the backstory, and of course the tale itself and how it was received.

That success provided an opportunity for DC Comics, and they translated it as a chance to wring as much cash from the property as possible. In addition to reprintings of the original issues and multiple printings of the original collection, the publisher also began to create merchandising from Watchmen. Badges, a smiley face watch, and portfolios were all produced for fans of the series. The contract signed by Moore and Gibbons entitled them to a portion of all revenue from merchandise – so DC Comics  claimed these items were promotional. Rather than being given a fair share from each watch or badge, the creators of the series received nothing.

It also soon became clear that the popularity of Watchmen meant the series would never go out of print. That fact became even more final recently as markets changed and the notion of digital publishing made it even easier for a corporation like Warner Brothers to follow the revision clause with no chance of the properties ever reverting to their creators. Moore realized his position well before digital comics were invented though, and he chose to leave DC Comics in 1989. 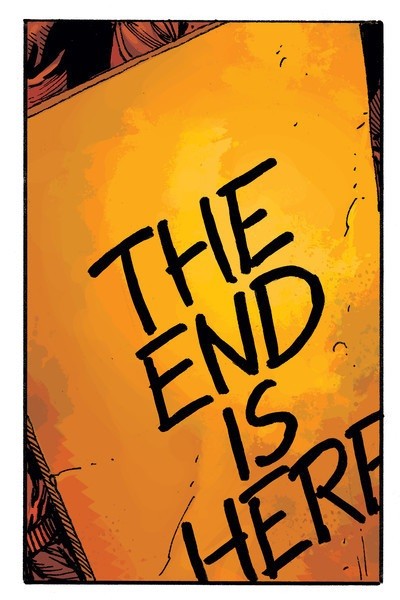