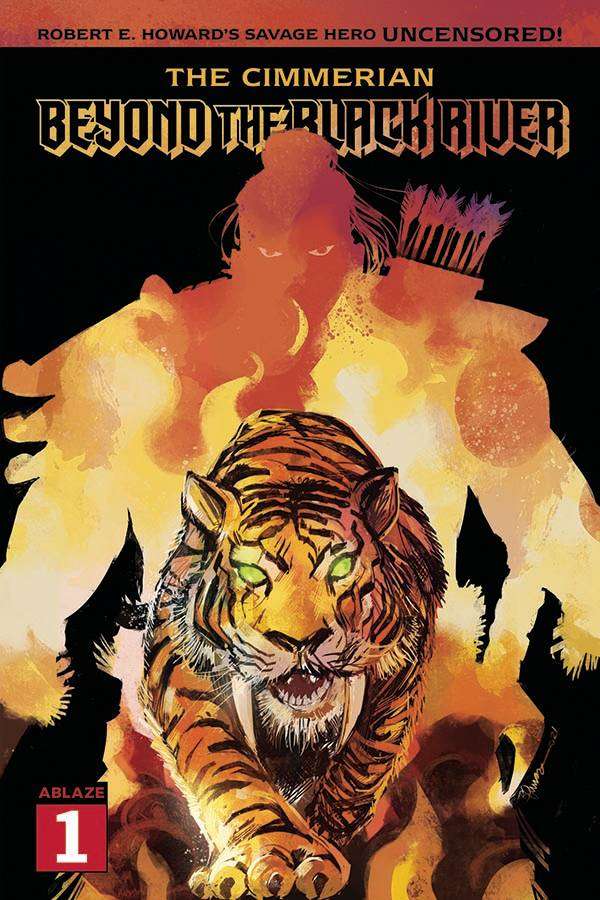 THE CIMMERIAN: BEYOND THE BLACK RIVER #1, by Mathieu Gabella & Anthony Jean

The Picte country is an obscure jungle where the border between civilization and barbarism is thin. Only one thing symbolizes it: the Black River, which it is claimed that no white man was able to cross and come back alive. None, except Conan. It is in the heart of this green hell that the Cimmerian meets Balthus, a young voluntary peasant whom he saves at the last minute from the clutches of fierce Pictish warriors. Together, they will try to lend a hand to the colonists who have established themselves here, on these hostile lands, in the last bastion of civilization. With a dozen men, they will have to find the powerful sorcerer Zogar Sag before he succeeds in uniting the clans and initiating his bloody invasion… 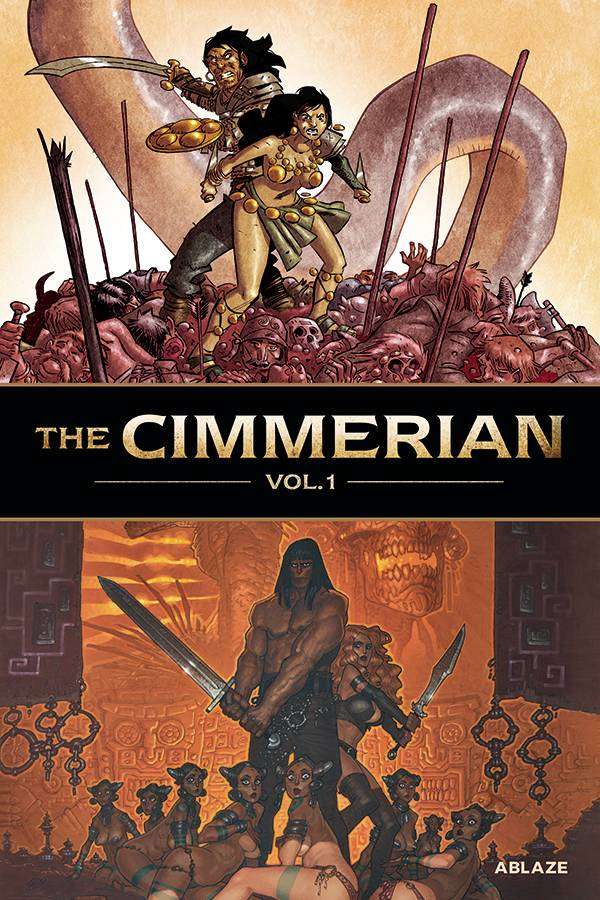 Robert E. Howard’s Conan is brought to life uncensored in the first hardcover omnibus of the series from ABLAZE! Read these adventures as he intended! THE CIMMERIAN Vol. 1 includes two complete stories, Queen of the Black Coast and Red Nails, plus bonus material, in one consolidated collection!

In Queen of the Black Coast, Conan seeks refuge on a merchant ship, after being pursued for killing a judge. But soon after setting sail, the Cimmerian and his new companions face a threat: the legendary Belit, self-proclaimed Queen of the Black Coast! Soon finding himself smitten by the lovely Belit, Conan agrees to joins up with her and her crew to brutally pillage and sail the poisonous river Zarkheba, encountering ancient ruins, lost treasure, and winged, vicious monstrosities!

In Red Nails, Conan finds himself in the Darfar region, whose territory is almost entirely covered by a huge forest. Here Conan pledges himself a mercenary, promising his sword to the highest bidder, fighting alongside fellow mercenary and fierce female warrior Valeria. After a clash against a terrible dragon, the two go to a strange, fortified city, apparently deserted…but the duo will quickly discover that a civilization lives hidden inside, and that the citadel hides a heavy secret. 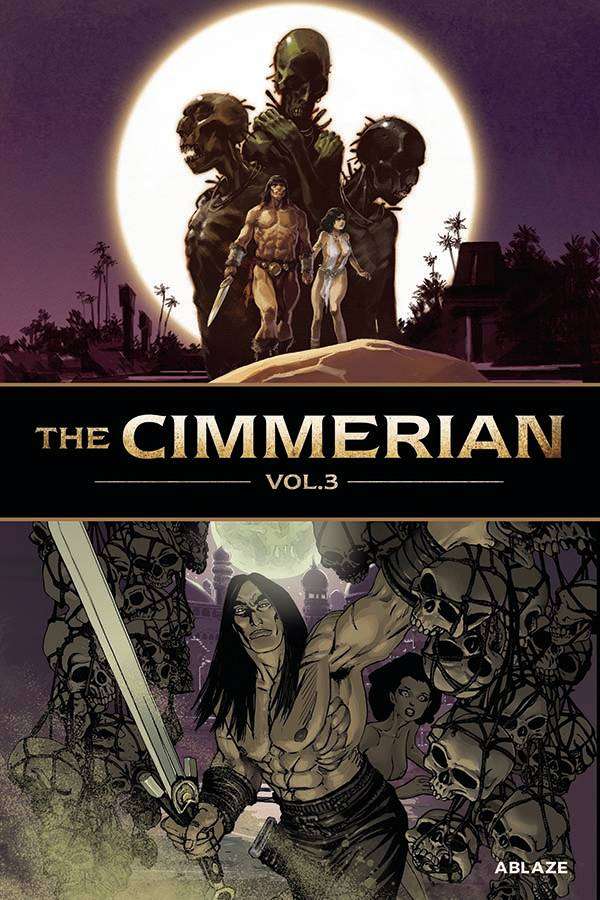 In Iron Shadows in the Moon, a young woman in danger is pursued by her vile master. Conan, whose family has just been wiped out by this same master, puts an end to the beauty’s pursuer, and saves her with a blow of his sword. Bound by fate, the couple decide to hit the road together. Their journey takes them to an island where they discover strange ruins inhabited by dark magic. Their paradise-like refuge soon turns into a suffocating nightmare where shadows lurk. Who knows the extent of the dangers that lie there? They will quickly learn that on an island, the biggest threat does not always come from the outside…

In The Man-Eaters of Zamboula, the Cimmerian finds himself in the land of a thousand and one nights! A crossroads of beliefs, languages and cultures, the mythical trading city of Zamboula is also the scene of many dark legends. Upon paying the city a visit, Conan is warned of the dangers of Aram Baksh’s home. It is said that most of the foreigners who stay there disappear under obscure circumstances…and it is precisely there that the Cimmerian is spending the night. But by lifting the veil on these mysterious cases of kidnappings, the Cimmerian will discover another secret, even more terrible, linked to the whole of the city of Zamboula…