Are Batman editor Ben Abernathy and writer Chip Zdarsky outing Batman this week? This possibility was first teased 16 months ago, but in Batman the Night #8, out this week, Bruce Wayne is apparently confirmed to be gay, bisexual, or at least bi-curious as a youth. Reader suspicions began in Batman: The Knight #5 which saw Bruce share a moment with his teammate Anton. The two looked into each other’s eyes, hinting at a potential kiss between the two before they were interrupted.

Although LGBTQ+ activists squealed over the possibilities, so far DC Comics hasn’t yet confirmed the sexuality of the Dark Knight. Social media blew up at the time, with many expressing their opinions on what the moment meant.

We should make batman camp again. Just fully lean into Batman being a bisexual man who processes his trauma through aggressively homoerotic relationships with every villian in a theatrical costume, while being absolutely incapable of talking to hot femmes.

Straight, like bro I loved how they made Tim bi, because it was obvious and cool, but with Bruce I just don’t like it, like make ur own character or actually acknowledge the past

bruce wayne has been bisexual ever since he said “are you in love… with me?” and “you broke my heart, john” in telltale’s batman

DC Comics has been no stranger to making their biggest characters gay or bisexual. Last year, they debuted comics outing  Superman as bisexual, Tim Drake’s Robin is a bisexual, and there’s even a comic featuring a bisexual Supergirl. And the creator of Ghost-Maker, the bisexual character that Bruce has been so focused on in this story, is James Tynion IV, who coincidentally is the same writer that retconned Golden Age comics era Green Lantern as a homosexual – also last year. It’s been speculated that 55% of the new characters at DC in the last three years identify as LGBTQ, so the odds are pretty good Bruce could be next. 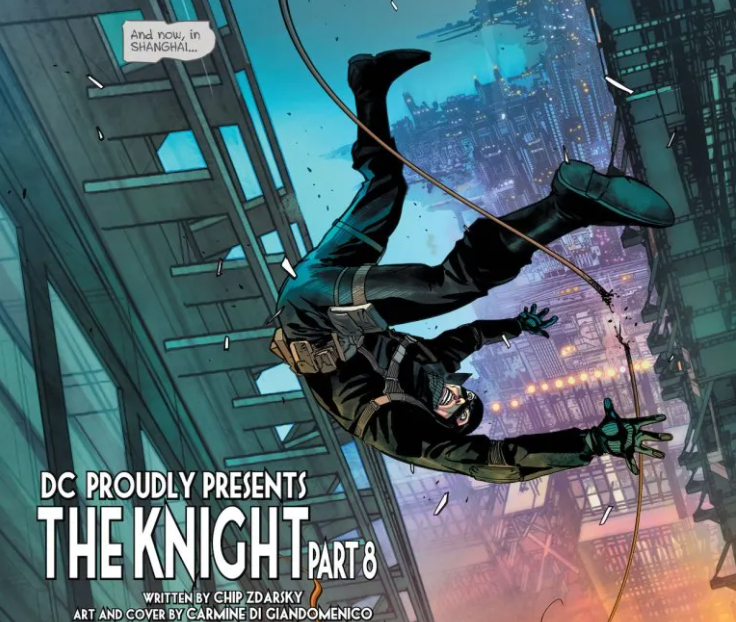 The synopsis for this week’s issue is as follows: Bruce Wayne’s journey to become the Dark Knight has taken him around the globe several times, but his training is nearly complete. His trials, however, haven’t gone unnoticed: someone has been watching him…hunting him! The final test of the Batman begins! 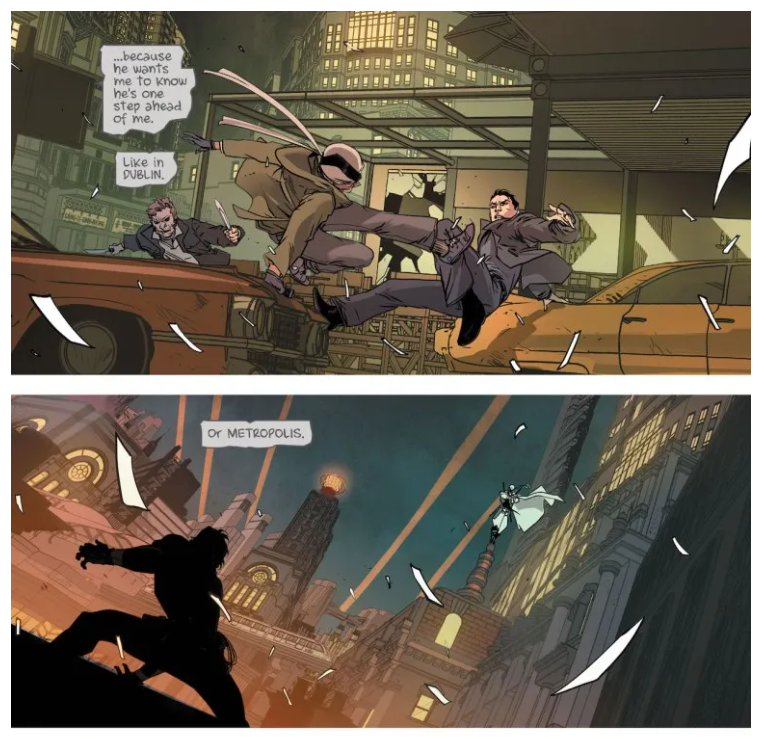 Previews have been showing up on line, and they include the following panel where a young Bruce’s teacher reveals that Bruce Wayne and Anton Knight (aka Ghost-Maker), apparently had a previous romantic moment.

Ghost-Maker, created by James Tynion, had his own backup story playing out in the main title last year where he was revealed to be bisexual in Batman #107. He was quite the mystery at the time, and what little readers knew of his past was that he trained in martial arts with Bruce Wayne during the formative years of his Batman training. And the two have a deep bond – which became a bitter rivalry. Now this panel from the upcoming issue of Batman the Knight looks like it may reveal even more of Ghost-Maker’s past, and seemingly confirming that he and Bruce had a tryst that ended with Bruce getting his heart broken.

But could DC Comics be queerbaiting for a change?

Turns out it was just more queerbaiting of LGBTQ "Batman fans" https://t.co/D8Vi0wBsz0

Wes Daugherity of Thinking Critical found this preview panel first, and admits as a DC Comics fan, he’s starting to suffer from “gay fatigue” with all these LGBTQ+ retcons to established characters in the DC Comics universe:

As Wes conceded, there’s always a chance Bruce was playing a ruse, but this is DC Comics after all, and they have a habit of shifting their heroes into LGBTQ themes. That’s a whole lot of gay legacy characters under the shepherding of Marie Javins and she’s been very public about how she sees these characters as political tools.

Indie creator and commentator Richard C. Meyer says if true this could be his “jumping off” point for Batman comics.

JUMPING OFF POINT- Go Ahead And Make Bruce Wayne Bisexual, DC...Because It's A Pirate's Life For Me

Will this be anyone else’s “jumping off” point? Let’s wait and see what happens this week. Batman is their biggest selling character, so chances are it’s just more queerbaiting and nothing will come of it.