Barbarella is Back at Dynamite Comics this July

Barbarella, the sensual siren of space returns for a series of all-new adventures by a dynamic new creative team!

Dynamite is proud to welcome writer Sarah Hoyt for her big debut in comic books with the new series starting in July. The longtime author has written over 34 novels in science fiction, fantasy, mystery and more, including her fan-favorite Darkship Thieves, and garnering Prometheus and Dragon Awards. For this space-faring journey, she’s joined by rising star artist Madibek Musabekov (Vampirella vs Purgatori). Colorist Ivan Nunes and letterer Carlos Mangual round out the crew at the controls. 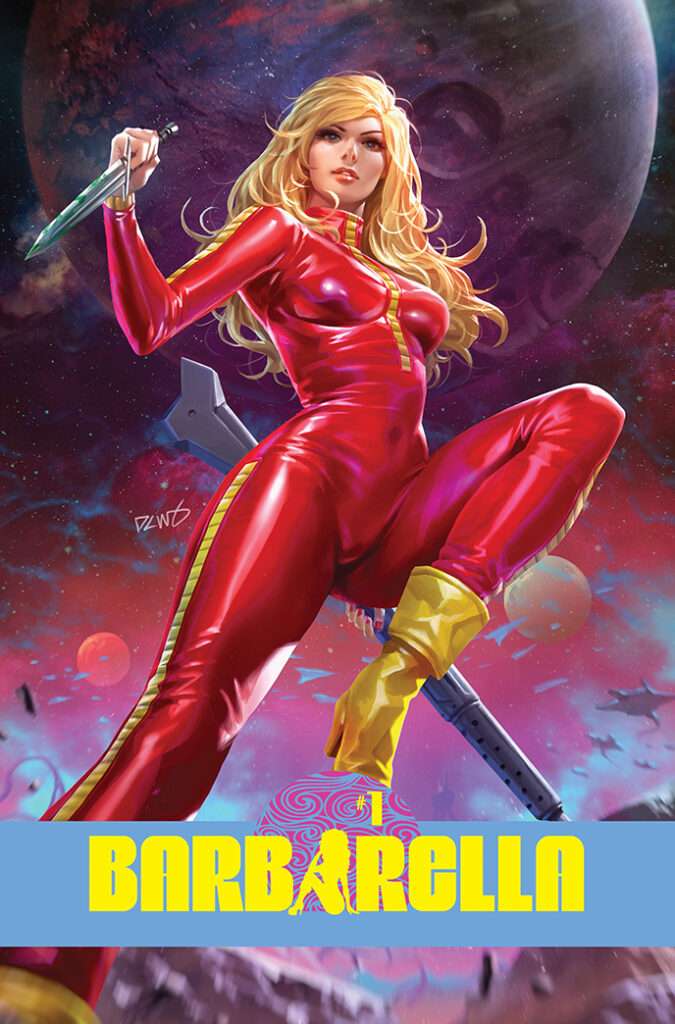 In this exciting new series, Barbarella sets out on a mission filled with danger, duplicity, and a dose of romance as she travels through multiple inventive sci-fi locales. Fans of the character and genre can expect deep dives on questions of class, romance, sexuality, and more in the classic Barbarella style.

“Writing the Barbarella stories was more fun than is probably legal in most states,” said writer Sarah Hoyt. “The work of learning a new format was overshadowed by the fun of being able to think big and play with someone else’s no-holds-barred character. I’ve also loved the art I’ve seen so far from Madibek!” 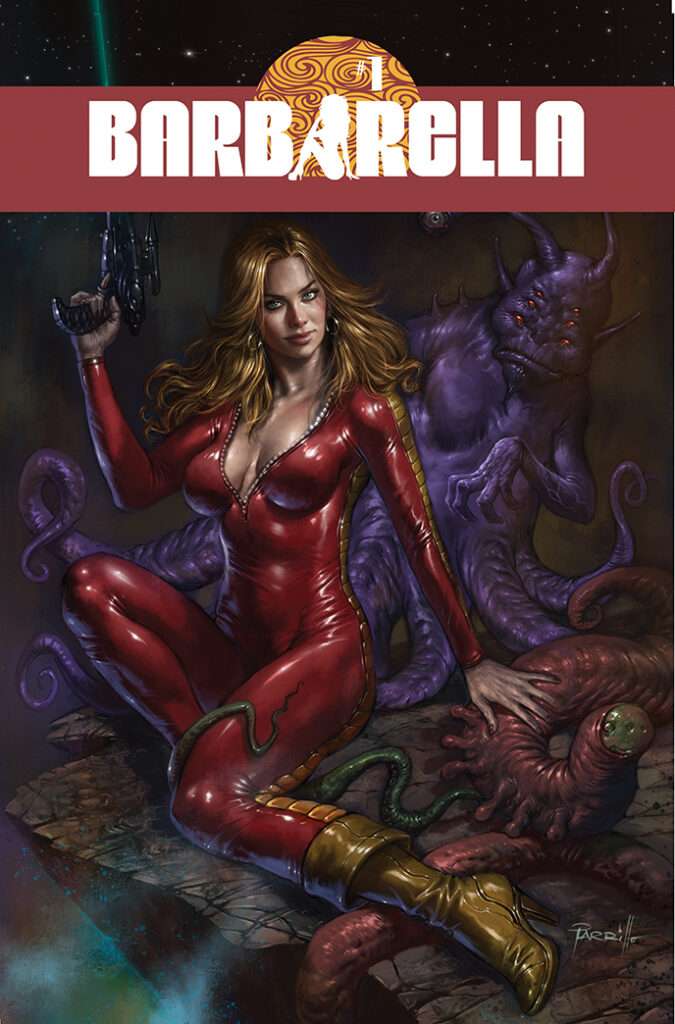 Traveling from planet to planet, the tale starts in Camelot, home to the rich and powerful class seeking escape from a crowded and decaying galactic empire. Intercepting desperate transmissions from the underclass, Barbarella sets off to investigate, unravelling a string of secrets. Along the way she will visit the underwater world of Encantado, the carnival-like Rio, and even more. All painstakingly designed by Musabekov.

On her escapade, Barbarella is joined by two fun new characters that readers will love to meet. Her shiny new ship comes packed with an advanced A.I. named Taln, and their relationship may be more complicated than it seems… While Vyx is her new fennec fox-like talking pet. Who may have a few twists of her own… 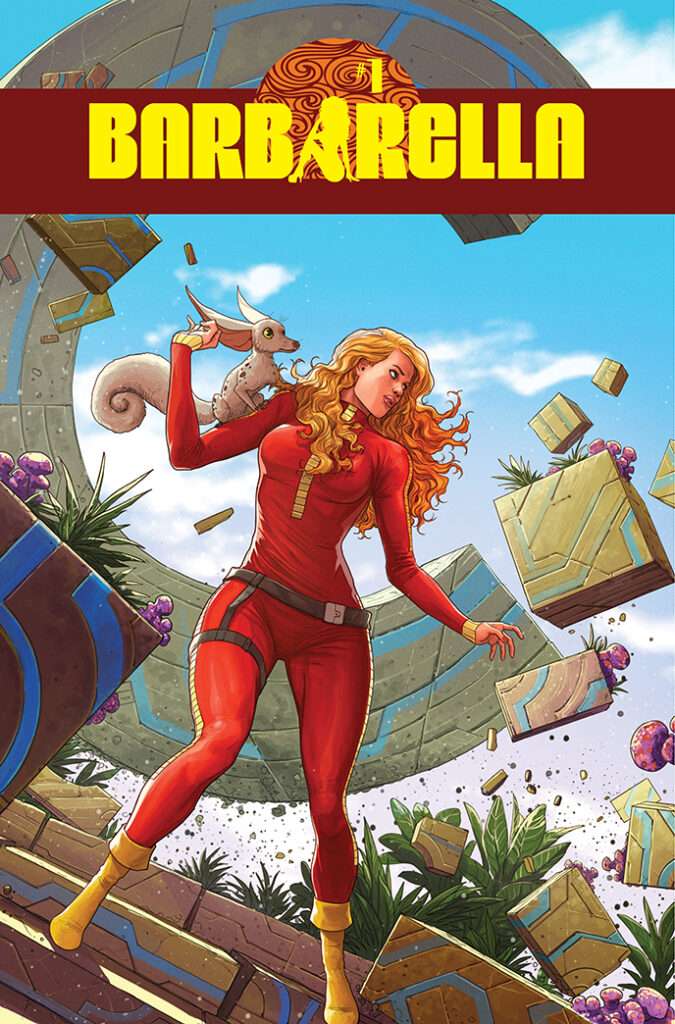 Not only is Hoyt making her Dynamite debut, so is legendary artist Brian Bolland! The Batman: The Killing Joke and Wonder Woman master is a long overdue perfect match for this iconic character. For such a beloved and beautiful character, a diverse range of talented cover artists is needed. Bolland and Musabekov are joined by Lucio Parrillo, Derrick Chew, Dani, and cosplayer Rachel Hollon. 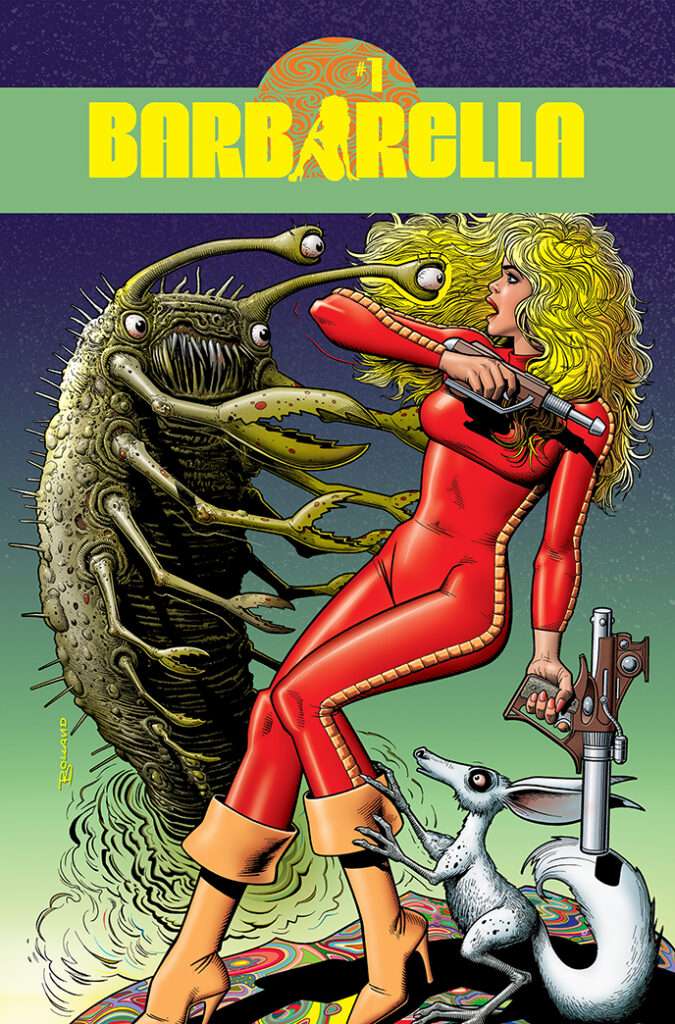 BARBARELLA #1 is solicited in Diamond Comic Distributors’ May 2021 Previews catalog, the premier source of merchandise for the comic book specialty market, and slated for release in July 2021. 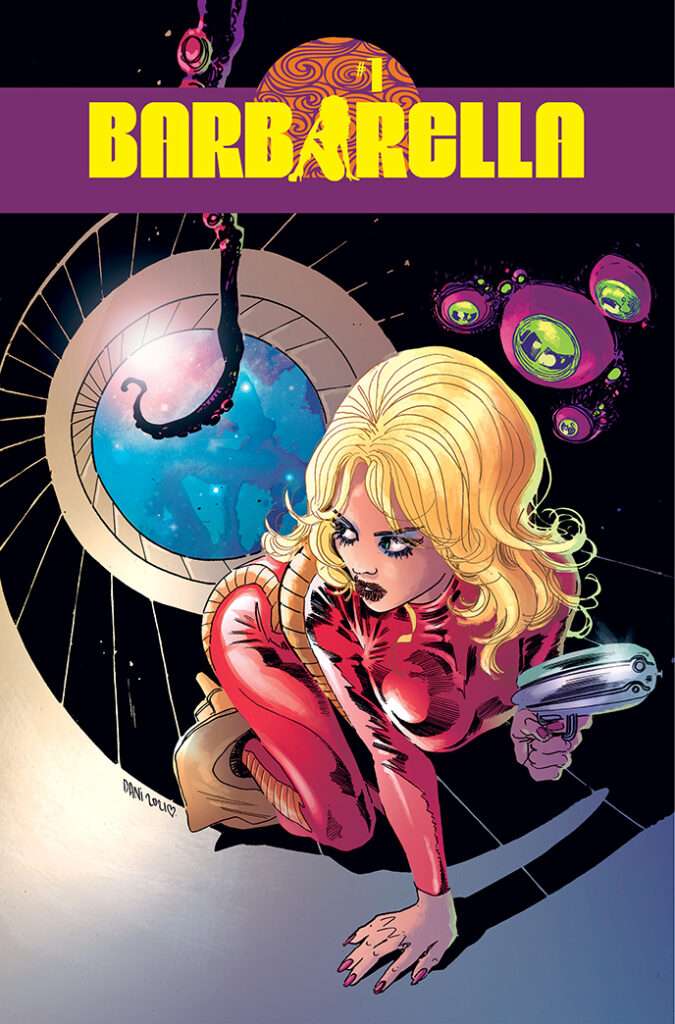