So this announcement was put out by the unconventional new comics publisher Bad Idea earlier today. 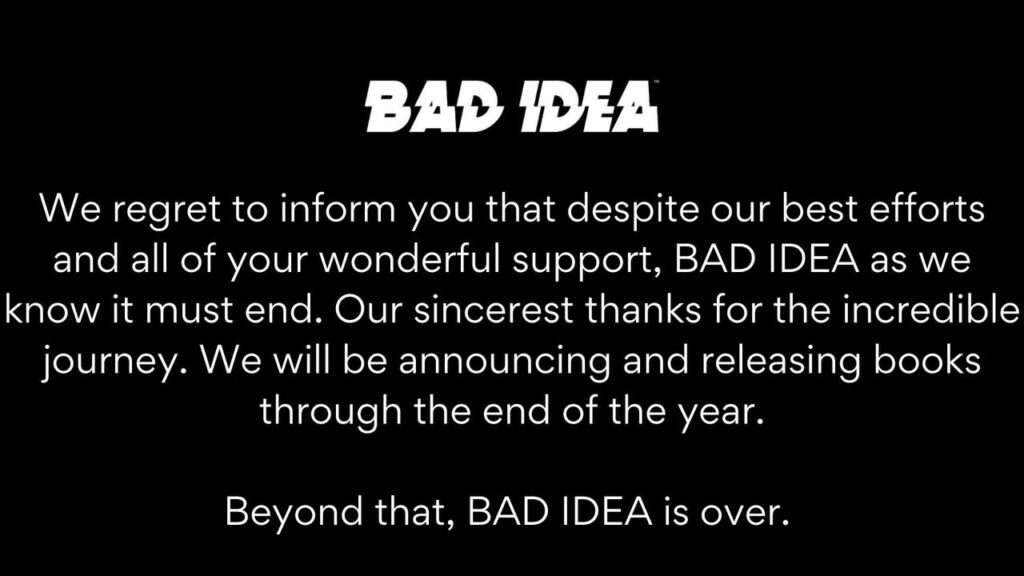 “We regret to inform you that despite our best efforts and all of your wonderful support, Bad Idea as we know it must end,” they said. “Our sincerest thanks for the incredible journey. We will be announcing and releasing books through the end of the year. Beyond that, Bad Idea is over.”

Their comics just began arriving in shops and mailboxes three months ago, so it seems like an unusually short period of time to announce the venture is shutting down. Could this merely be another of their whacky marketing efforts to drum up some publicity? If so, it certainly seems on brand with their previous “cringe” attempts at marketing.  Having said that, some of the books they’ve put out have been good and you can’t say they didn’t have world-class creators. Their line-up included works from writers Matt Kindt, Robert Venditti, Marguerite Bennett, and Zeb Wells, artists Doug Braithwaite, Juan Jose Ryp, Adam Pollina, Renato Guedes, David Lafuente and with upcoming titles from Mae Catt, Joshua Dysart, Tomas Giorello, Eric Heisserer, David Lapham, Lewis LaRosa, Jeff Lemire, Peter Milligan, and more.

However, some people weren’t always impressed with the way the company operated. 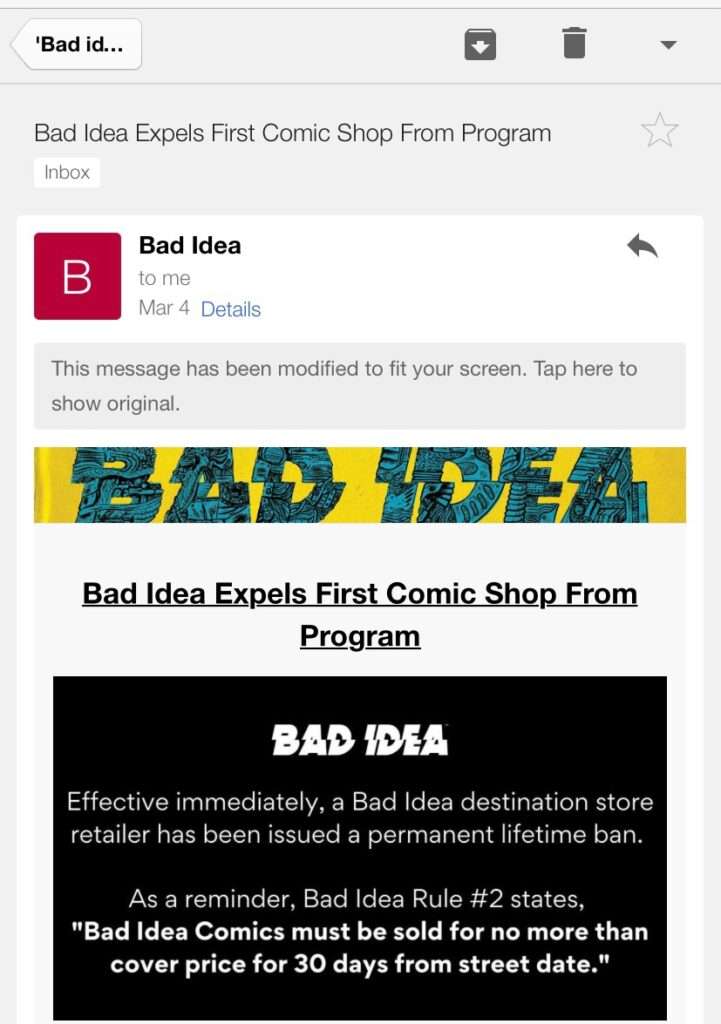 From my perspective, the entire endeavor has felt like a stunt from the get go. While I respect co-CEO and the CCO at Bad Idea, Dinesh Shamdasani, I never understood the concept of limiting the number of retailers that were allowed to carry their product. It felt like they were leaving money on the table to me. A FAQ is expected to come out by the end of the day. Maybe it will just be a format, model, or name change, or maybe this really is the end of BAD IDEA. I’m still not totally convinced.

But I always hated that name.