Are Speculators Ruining the Hobby by “Slabbing” Comics? 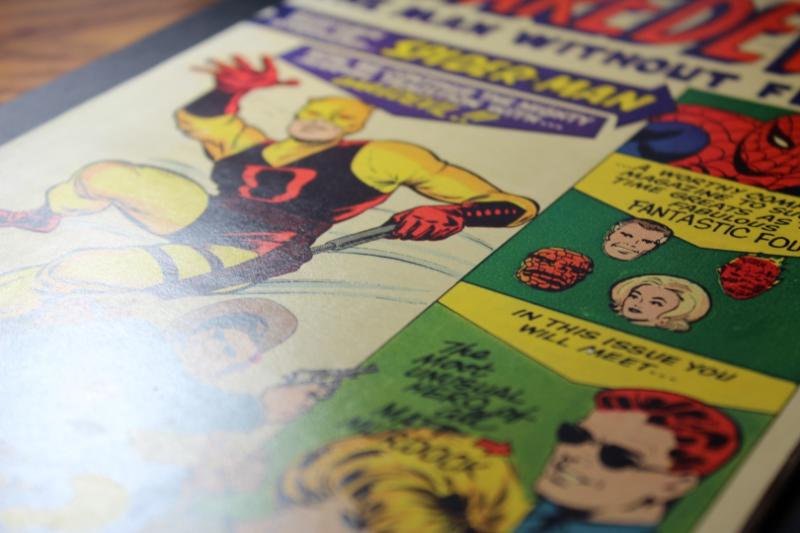 As a long time collector who first started collecting comics in the mid-seventies, and then took a long break before getting serious again in the mid-2000’s, I have to say I’ve found a lot ‘wanting’ with the comic collecting hobby as it currently exists. And without question one of the most egregious things afflicting the hobby today are what are commonly called “slabs.” And it seems like nobody wants to address the issue.

I was on a comic speculation website recently where the question was posed – and I’m paraphrasing here – Have professional third-party grading services over-inflated the price of comics. To which I responded: YES. To not recognize this is to ignore the obvious. Then again, I would venture that most of the speculators who exist in the comic collecting hobby are not unhappy about that one little bit. But…and this is a BIG BUT…I would suggest there is a deeper question that needs to be asked…a question that gets to the heart of this issue. You might say, it’s the elephant in the room that no one wants to talk about.

To provide some context here, it’s worth noting that besides collecting comics, I also collect sixties era psychedelic posters. As some of you may know CGC has “invaded” this area of collecting as well and yet I don’t have any issues with “slabbing” posters although it must be recognized that the same “artificial” price inflation that has affected comics has now afflicted poster collecting as well. Suddenly the value of the item has magically shot up because it is now encased in plastic and been graded by a third party. But here’s the thing – and this is REALLY important when comparing posters to comics: with a slabbed poster I can still enjoy it to its full artistic impact, looking at the front and turning it over to see the back. The poster’s primary purpose of advertising an event is in no way distorted or hindered. Slabbing comics on the other hand totally negates the comic’s very reason for being as you can no longer read it. Putting a comic in a “slab” totally hinders the owner from enjoying the comic as it was originally intended since the interior pages can no longer be viewed or read. You only see the front and back covers which is but a fraction of what the comic book is all about. So, while slabbing posters, coins, and cards may be appropriate, the slabbing of comics is a process that effectively nullifies the comic’s very reason for being.

Some will suggest that older comics benefit from slabbing because, given their age and fragility, they are in need of some protection. And while there is some truth to this idea, it’s hardly an argument in support of third-party-grading and slabbing. Let’s be real here, because in fact there are plenty of ways of encasing a comic to protect it, all the while allowing it to be enjoyed as it was intended without having to break into its sealed protective outer casing. Keeping the comic “Raw” however eliminates the grading process and while it will certainly protect the comic it will also affect the ultimate price in today’s collecting world. So it strikes me that slabbing comics is wrong for the very reason sighted in the web article I responded to and that is that slabbing has reduced comics from being a collectible to simply being a commodity.

I suppose it shouldn’t surprise me that this article, while highly informative, tended to be subtly supportive of the third-party grading process, but in the end sort-of failed to really answer the question posed in the title. I couldn’t help but read between the lines that as a website devoted to comic speculation it simply stands to reason they would support the idea of third-party grading despite the fact that it was a huge contributing factor to inflating the price of comics. It’s worth reviewing some of the extensive articles written in 2002 by Chuck Rozanski of Mile High Comics as they related to the ever evolving and changing grading scale. If memory serves originally it was the Overstreet guide setting the grading parameters and then for some peculiar reason Overstreet seemed to start taking grading orders from CGC. To my mind this “tail-wagging-the-dog” scenario was nothing more than self-serving for CGC and other grading companies. The more a prospective buyer can seemingly achieve in a sale of slabbed items, the more slabbing will be requested. We’re not talking about comic collectors here, no, we’re talking about commodity traders and that is the problem. These commodity traders who claim to be comic collectors are doing nothing more than inflating the price for real collectors. Everyone should remember what happened the last time speculators attempted to jump into the comic collecting hobby. The nineties are not that long ago!

One would have to be completely out of touch to think that professional grading services haven’t over-inflated the price of comics, if for no other reason than the cost of grading has to be factored into the supposed “new value.” The notion of what the “value” or “price” of a comic should be today is a lot more complicated than the traditional rules of supply & demand. Distorting these numbers even further is the current rush to slab modern comics. With their relatively high print runs and plentiful availability, there is absolutely no reason to pay what is essentially ten-times the raw comic’s cover price hoping to benefit from the “inflated” price slabbing brings. 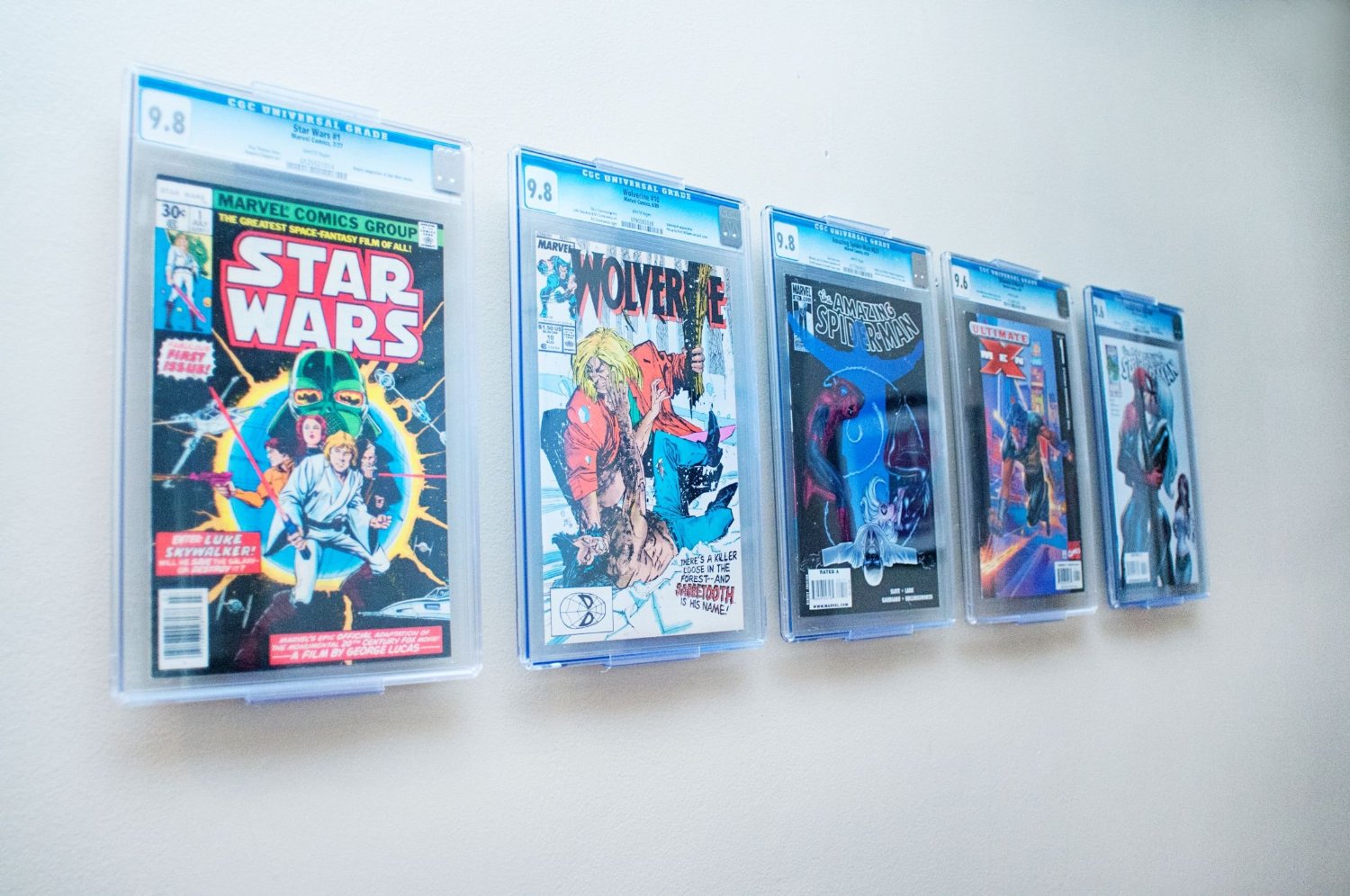 It’s worth saying again: the value of any item is subjective rather than objective, and the market will pay what the market will pay. This is true. Perhaps the real question is this: is it the inherent “value” of the comic that has benefited from supposed third party grading, or is it simply the higher-ticket-price generated from the process of impartial grading?

Yes, I’m referring to greed. The uncomfortable fact remains – a NM- 9.2 RAW and a NM- 9.2 SLABBED should be the same “value.” There is no difference in the grade. However in our quest to try and somehow create an environment where the grading of a comic has become more authentic or legitimate, we’ve created a self-inflationary commodity that is totally divorced from its roots. The fact that can we no longer can read the comic book because it is encased in plastic doesn’t seem to matter. What matters is how much we can “get” for that comic book. We may as well be trading in shoes or coal. After all, we can’t READ or ENJOY the comic anymore. It’s just a commodity like any other.

And that is the problem with the hobby these days.

I realize this may be a very unpopular position to take in today’s culture, but sometimes the truth of a matter can be uncomfortable. As both a fan and collector of comic books, it’s difficult for me to sit back and see this all unfold without saying something. We’ve seen what happens when “speculators” get involved in any activity, not just comics. Sadly it rarely ends well.

Just a normal guy that loves comic books, reading them, and collecting them.