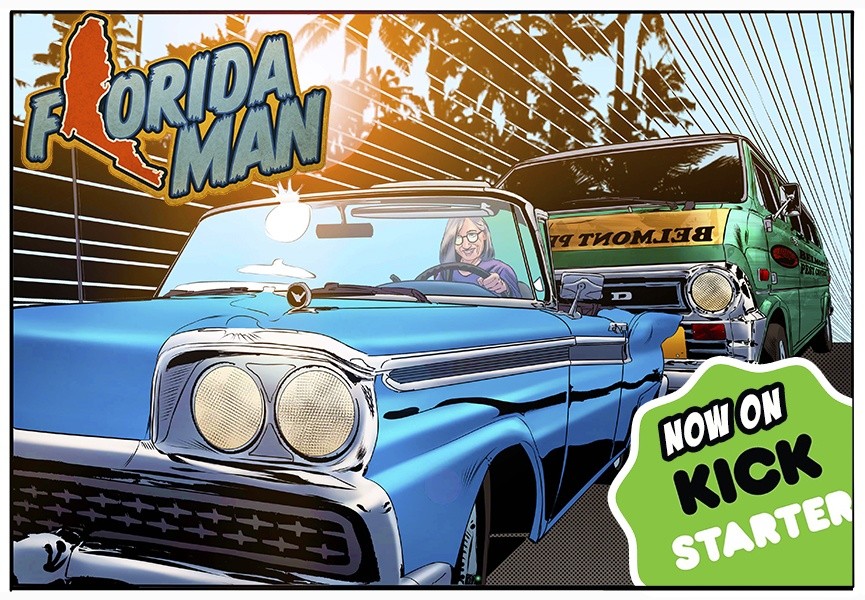 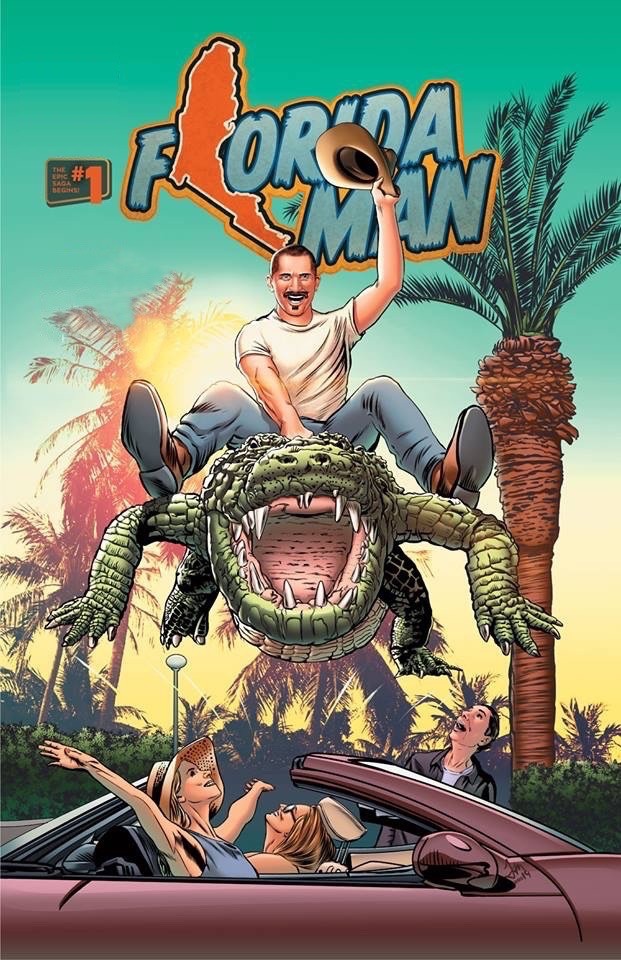 Mike Baron had quite a celebrated career in comics and he’s gone on to write many best-selling novels. He came into prominence writing adventures of The Flash for DC and The Punisher at Marvel. The two-time Eisner Award winner even created his own superhero Nexus, which was a top selling indie comic in the 80’s. Just last week, DC Comics released his Savage Velocity in trade this month, which collects Baron’s run of Wally West’s earliest adventures as The Flash. Now he’s taking a departure from superhero comics to something completely different.

“Comic readers today are hungry for more than superheroes,” Baron says. “They want drama, horror, and yes, comedy. We need laughter and that’s what this book is about!”

Baron recently adapted his comedy novel Florida Man into a graphic novel format and found great success through crowdfunding. Comic book fans worldwide backed the book on Indigeogo. After experiencing surprisingly massive success, he has now decided to take the comic to the Kickstarter crowdfunding platform in order to reach an entirely different audience.

“I couldn’t believe how quickly we hit our crowdfund goal for a Nexus novel on Kickstarter!” Baron added. “I’m overwhelmed at how people have been responding to it! Crowdfunding has really become a new frontier for independent creators.”

Baron’s recent prose novel for Nexus went on to raise three times its fundraising goal on Kickstarter. The project was managed by his wife Ann. Likewise, his Indiegogo campaign for Florida Man (which is still ongoing) quickly quadrupled its goal in less than ten days. The “funny book,” as he calls it, pulls inspiration from his 2019 novel, which tells the misadventures of a Florida native and his gal in a hilarious rags to riches story. During the campaign, Baron was besieged with requests to offer it on Kickstarter, so that EVERYONE could take part. And he decided to do so with some unique options. Through its success on Indiegogo, the project is completely funded and currently in production.

“Some people simply refuse to use Indiegogo, but they love Kickstarter, and vice versa.” Mike added, “It made sense to offer it on both since this comicbook is made for EVERYBODY. No superheroes, no politics, just timeless humor designed to make people laugh. I swear it’s the funniest thing I’ve ever written!”

Florida Man the Graphic Novel is planned as a 64-page prestige bound graphic novel with artwork by Todd Mulrooney. Readers of the comic will likely recall many of the hilarious and bizarre stories they’ve seen in the news and via the popular ‘Florida Man’ internet memes in this tale that’s squarely aimed at grown-ups who still love comics. Baron is essentially “bringing back funny books” with his quintessential “Florida Man” in all his outrageous glory straight from “the most magical and bizarre state in America.”

The Kickstarter campaign launched on Thursday of this week and has already been 100% unded.