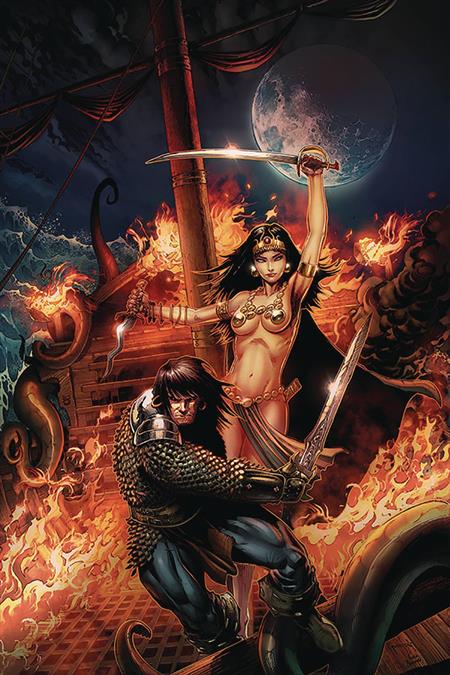 Ablaze Publishing, a young comics publisher that carries Charlie Adlard’s Vampire State Building first announced last summer that they would be republishing Glenat’s French-language Conan the Barbarian comics in the United States, but not under the name “Conan,” instead using “The Cimmerian” as their title. Beginning with Queen of the Black Coast by Jean-David Morvan and Pierre Alary. these comics were marketed as “uncensored,” and “the true Conan, unrestrained, and violent.” The first issue was expected to hit shops in October, and was solicited with several variant covers by Jason Metcalf, Mirka Andolfo, and Ed Benes, along with the original cover by Pierre Alary. 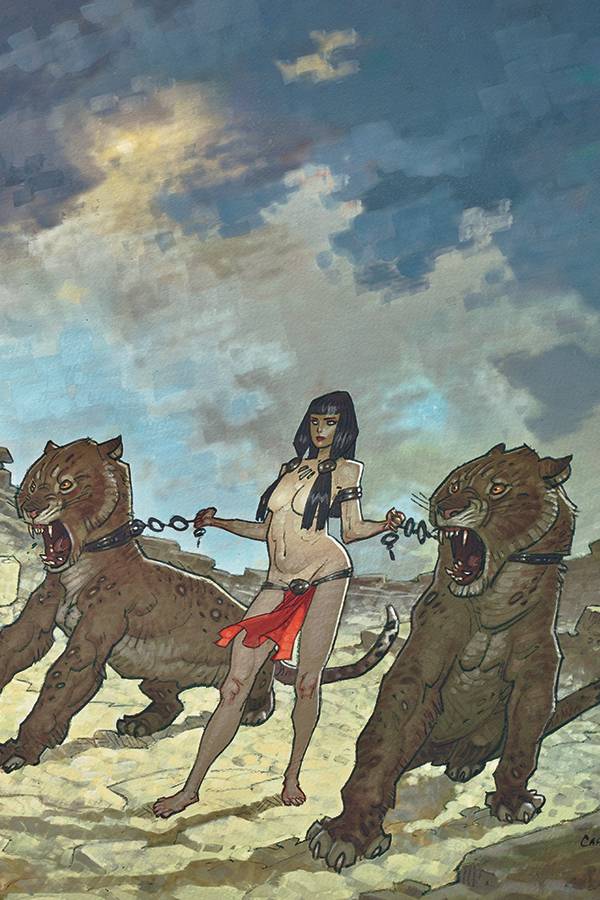 Several other publishers have reprinted Robert E. Howard‘s Conan stories into comic books, because those stories are all public domain and could be published very easily, except for in the U.S.. In America, the “Conan” trademark is controlled by the company Conan Properties and so when Marvel Comics began to publish Conan comics again, they are working under their license.

“Civilized men are more discourteous than savages because they know they can be impolite without having their skulls split, as a general thing.”
― Robert E. Howard 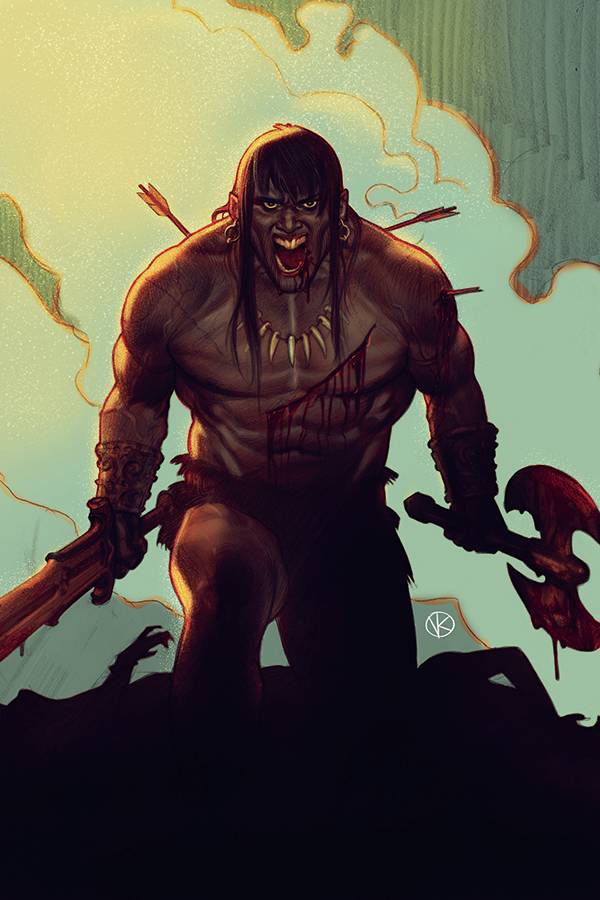 Not long after soliciting issue #1 of The Cimmerian: Queen of the Black Coast, Ablaze was sent a Cease and Desist notice, as was Diamond Comic Distributors. But while Diamond, unsurprisingly, folded like a cheap table, Ablaze responded as a certain Cimmerian probably would have and did not give up the fight.

Here’s the 2nd half of Robert E. Howard’s Cimmerian Queen of the Black Coast public domain story…upon which the forthcoming and highly anticipated comic adaptation from ABLAZE is based. 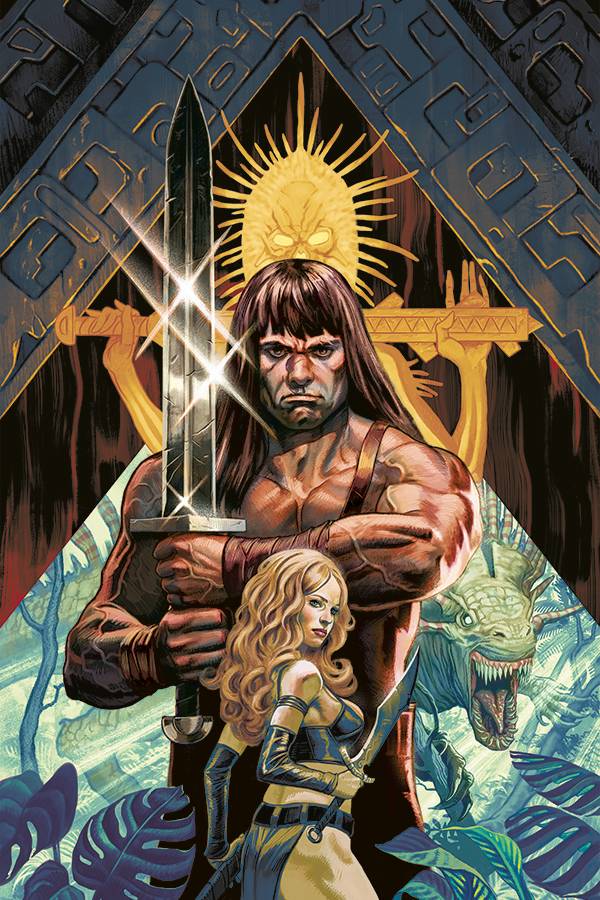 The publisher also offered some responses to interested customers on their Facebook page, where followers were told to expect a big announcement later this month. 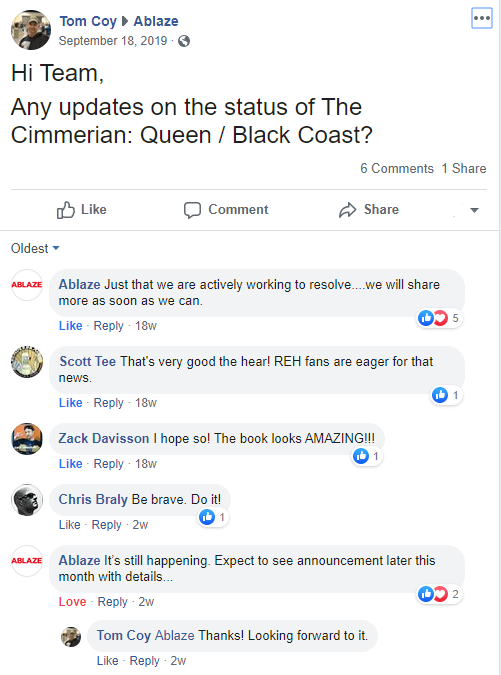 Well, it now looks as if forward momentum has resumed. And rather than calling their comic ‘The Cimmerian’ in the solicitations only the name “Red Nails” is used, but the Cimmerian is still on the cover of the comic. Presumably Queen Of The Black Coast still had some issues so the publisher has decided to move on to Red Nails. 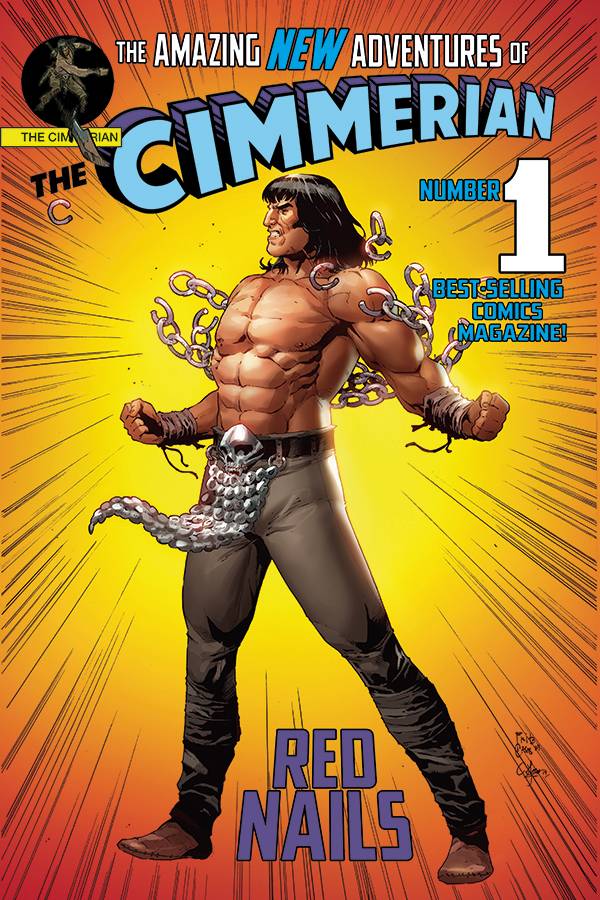 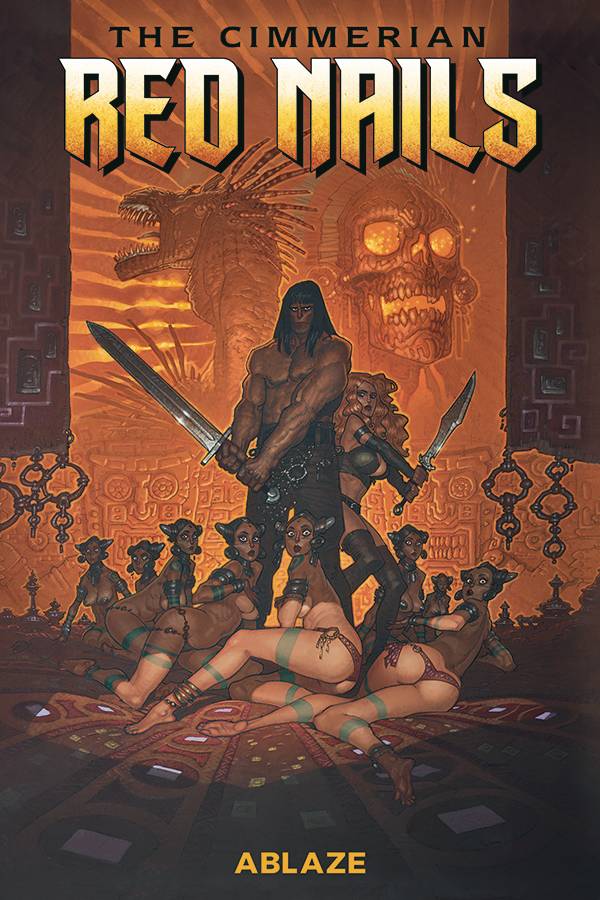 Get your April pre-0rders in for this comic at your LCS fast as I believe it could possibly turn out to be a very hot book on the secondary market in addition to looking like it’s going to be a thrill to read – and a sight to behold. 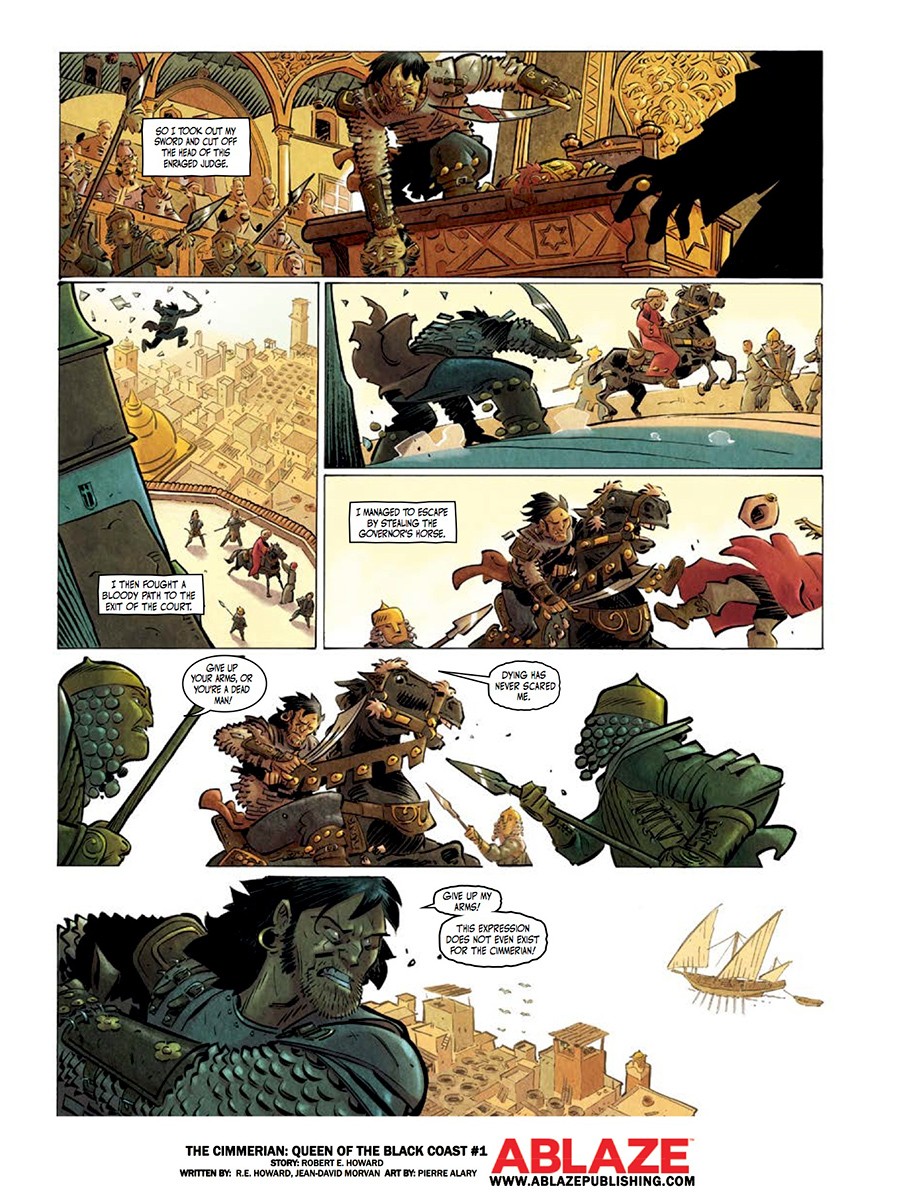