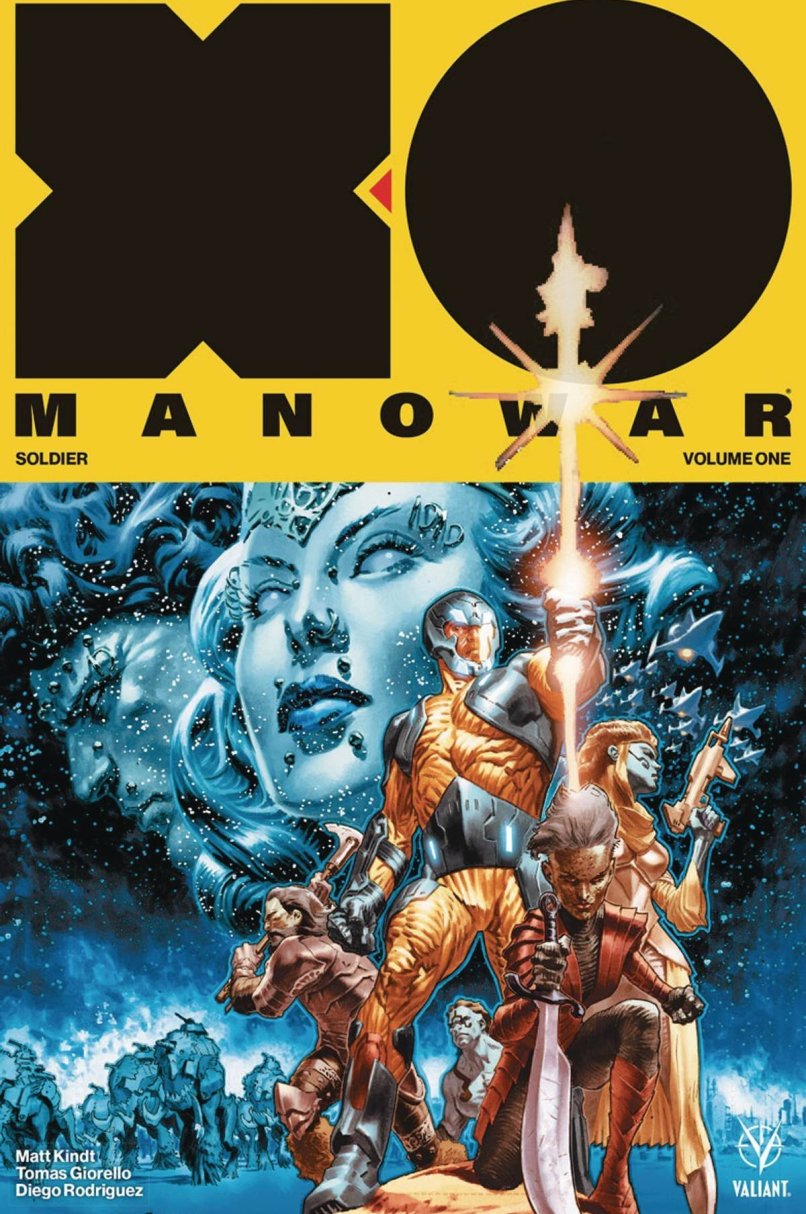 One book is responsible for getting me jazzed about comics again after I’d been unexcited for several years. I’d been burned far too many times by Marvel/DC with event after event, retcon after retcon, and just a lack of fun or wonder coming from them.

X-O Manowar by Matt Kindt and Tomas Giorello changed that for me. Its bright yellow cover with an art homage to the original Star Wars poster drew me in. I didn’t buy it the first time I saw it. I looked at it, thought “wow this is cool,” and it took my 3rd week into the comic shop to give it a shot.

When I looked inside, I saw the interior art was even better than the cover. Giorello did such amazing work I was shocked to see it in comic form. It really was like watching a science fiction movie unfold in front of me. 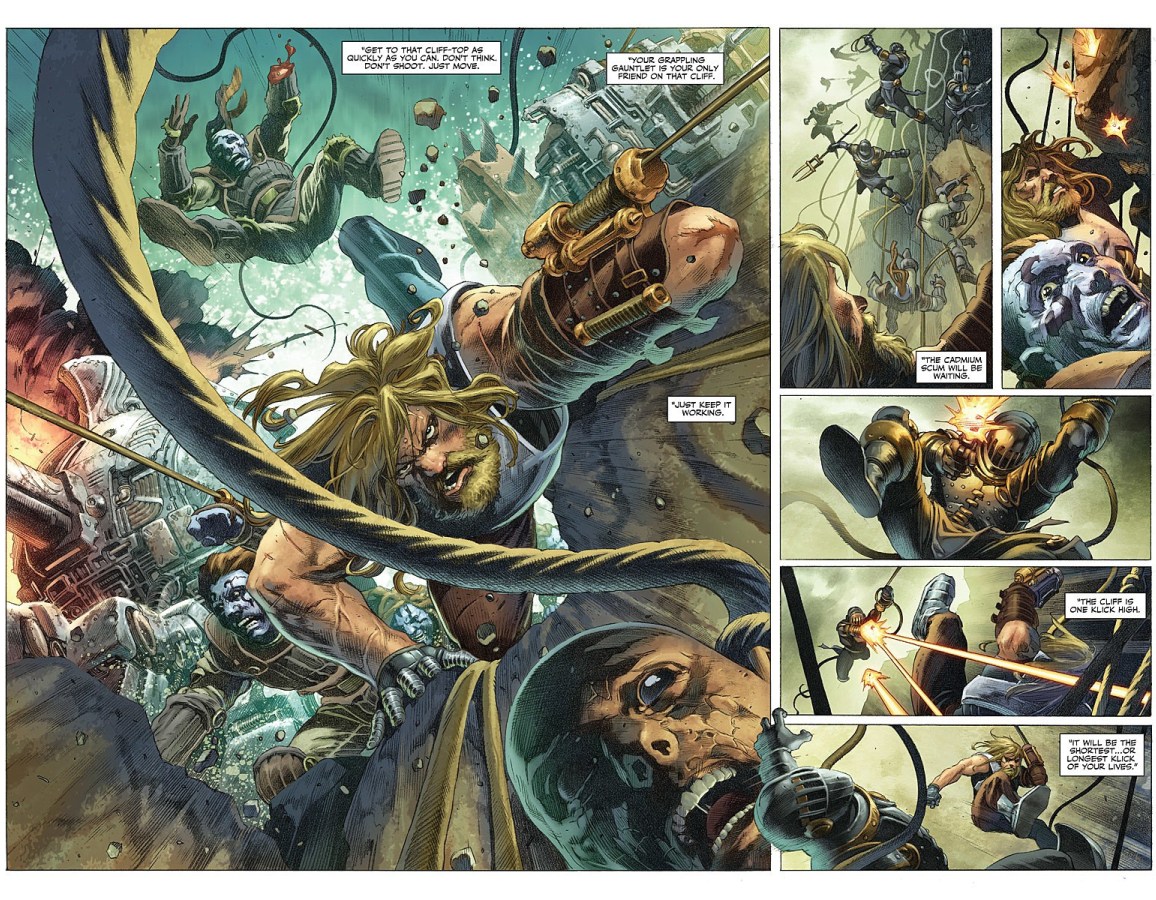 I didn’t know much about Aric or his armor at the time. I just saw a haggard man, beaten down from war, wanting to escape it all, living with some smokin’ hot blue chick and being depressed. He gets forced into service and it becomes relentless epic battles for four issues.

Each arc breaks down very neatly and the titles of the graphic novel volumes really give an insight as to the character study as a superhero is looked at in a different lens each time: Soldier, General, Emperor, Visigoth, Barbarians, Agent, Hero.

Kindt loves to do this in his writing, I’ve noticed. Take a character, dissect him, and peel back the layers so we can see a study of what’s going on character wise. In this volume of XO, he also did it with the roldbuilding of the planet Gorin. The first 12 issues build up this whole planet in a way that’s a mastery of science fiction, that I loved to see and it really made me sad to see Aric leave the world, even though it was inevitable during the story. 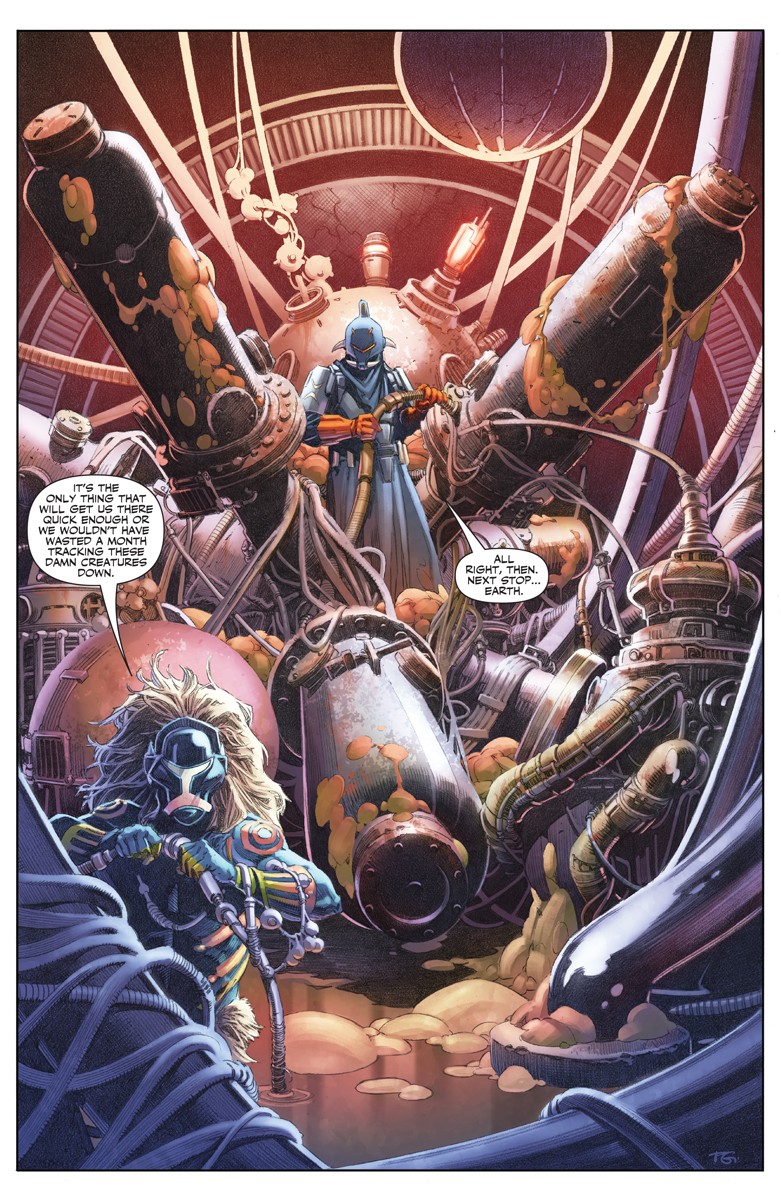 Now artists rotated, and the tone changed, but it was mostly pretty good up until this point.

I feel like the shift when Aric was attacked by Bounty Hunters and decided to leave the planet after his ascendancy created an intense blowback of unintended consequences (a nice anti-war narrative despite the hero being such a master, and done in a subtle way that it didn’t overwhelm the book). The art teams weren’t quite as good from this point forward and the book felt like it struggled directionally, as well as diving into “we’d better answer the questions that were left from the prior run and how we got here.”

There were points that just didn’t flow quite right with the narrative, and that’s okay. Over a 26 issue run one would expect some issues, I don’t think it detracts from the overall work.

The most jarring was the reveal of why Aric left to begin with. This provided a full stop character reset for Aric, really undoing everything that was done in the first run of new Valiant XO. I was pretty upset when I saw the issue, but it also made a lot of sense with the main story. There was some content put in here clearly for diversity points too which makes me roll my eyes to see in comics, but it’s small enough that it didn’t overwhelm the run thankfully. I still wish this whole aspect of the storyline wasn’t done because I think breaking up families and tearing all that apart at this point really ends up a cliché thing in comics, and I’d prefer seeing a family stay together with a heroic, honorable character like Aric. 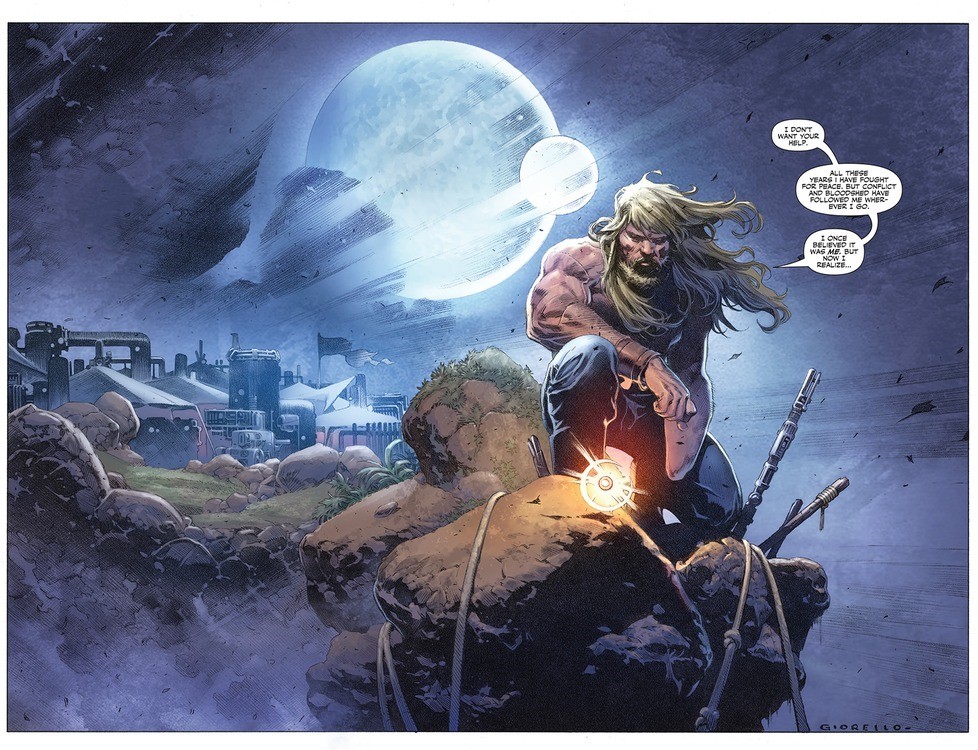 But, it was done. It broke the character. It was the worst possible thing to happen to a character, and creating those low points creates excellent drama. We watch Aric recover and go back to what he was before, working for secret agencies against alien threats because as an alien threat himself, he’s the one weapon who can stop them.

The series then wrapped up by bringing the consequences of Gorin to Earth, as Aric gets hunted. The hero isn’t left in the dust with his family gone, but we see the hot blue chick Schon come to Earth to stand by him, which is fulfilling for the arc. Aric is firmly back on earth and ready to be a superhero again. We also got a nice return to Giorello’s art to close it out. I wish they would have used him more for consistency, but I understand why Valiant would put him on book launches and events with how talented he is.

The final issue was a lot of wrap up, mostly the arc already done and we’re saying goodbye to this run. The art is very pretty, it definitely feels like a closed book now and done. I am just sad to see it go, since this really is what it looks like to read an epic work by a science fiction writing master.