From world-renowned creator Frank Miller, in celebration of the 30th anniversary of the acclaimed crime noir series, Sin City arrives with a new softcover edition presented at original size with new wrap-around cover art and pinup gallery. The tale of Marv and his angel has never been seen like this before.

There is no light in a place like Sin City—only misery, crime, perversion . . . But for a single moment, amid the filth and degenerates, the hulking and unstable ex-con Marv has found an angel. She says her name is Goldie—a goddess who has blessed this wretched low-life with a night of heaven. But good things never last—a few hours later, Goldie is dead, murdered by his side without a mark on her body. Who was she? And who wanted her dead? The cops are on their way—it smells like a frame job, and this time they won’t let him live. Marv’s got a soul to send to hell, and it’s going to get nasty. 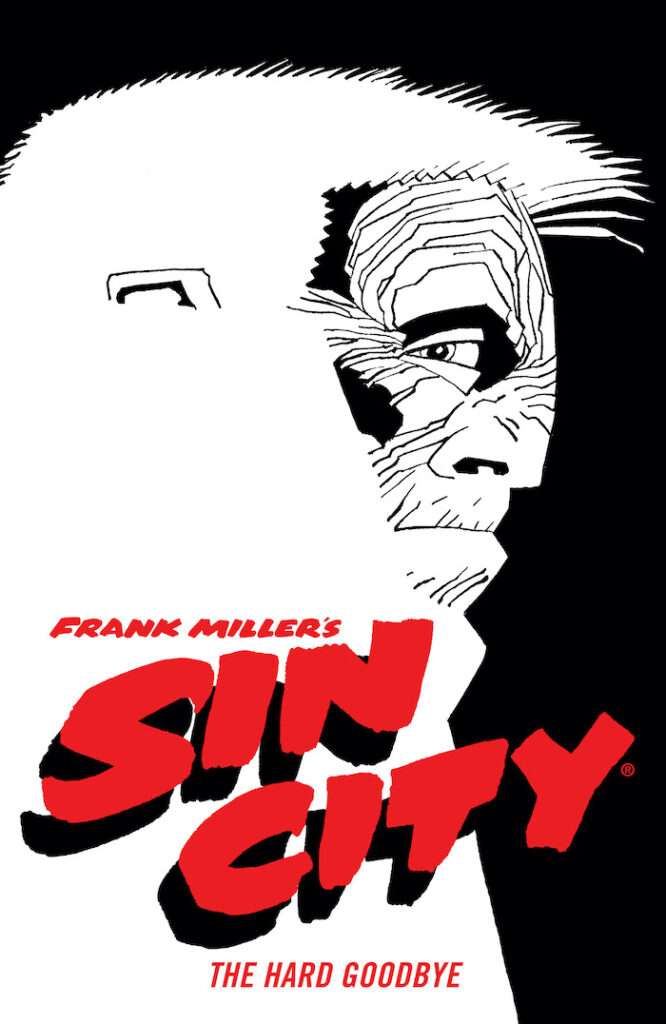 “When I first decided to write and draw a black and white crime comic, Mike Richardson didn’t blink. We were off and running and continue to do so 30 years later.”—Frank Miller 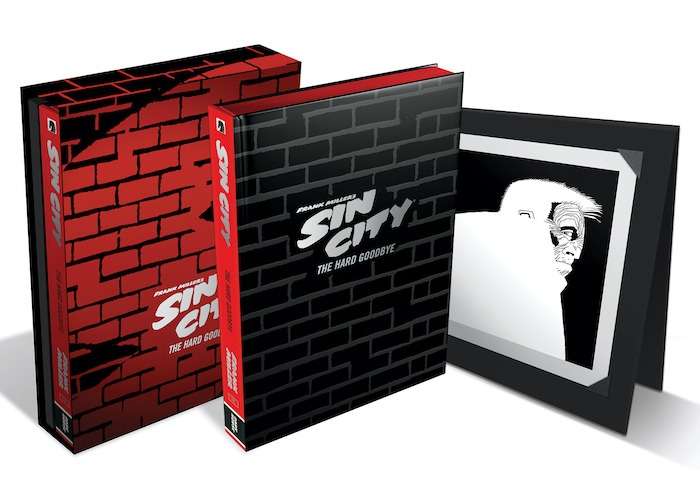 “Frank Miller’s association with Dark Horse has flourished for over thirty years. The original publication of Sin City was a watershed moment for our company, and we are very pleased to celebrate its 30th Anniversary with a brand-new edition. Readers will find that Sin City is just at powerful today as it was the day it was first released, exactly what you would expect from one of comics’ master creators.”—Mike Richardson

These highly anticipated softcover fourth editions begin with Frank Miller’s Sin City Volume: 1 The Hard Goodbye arriving September 29, 2021, in comic shops and bookstores October 12, 2021, with subsequent volumes to be released over the course of the following months.