Ant-Man #4: Marvel Comics has unexpectedly announced that some of its existing series would switch to being released digitally, and they include some stuff that’s really been delighting our comics editor, like Zeb Wells and Dylan Burnett’s Ant-Man. The comics will still see print, but only in collected editions later this year.

When they “delight” the staffers of such a pretentious website, I’m sure that’s a sign it’s better avoided. That aside, this is certainly telling something if they’re going to release a number of items in digital format only, and it includes the following too:

Ghost-Spider #9: Seanan McGuire’s series about the adventures of the Gwen Stacy who is the spider-hero of her own parallel earth returns in digital only. 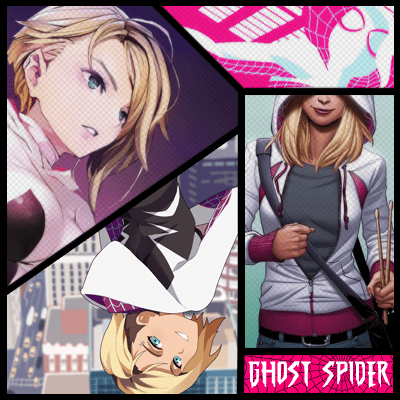 I wonder why, years after Gwen Stacy, famous for being terminated by the Green Goblin in 1973, was rubbed out, she’s suddenly become the focus of alternate universe takes on the character? I recall there were times in the past where animators balked at making any serious use of Gwen in the 90s Spider-Man cartoons because her death alone was considered a discouraging element to modern kiddie audiences. Now, after all these years, Marvel for one has no problem doing alternate universe takes on the girl? Well that’s certainly odd.

Here’s another item Polygon’s recommending in a category that should give pause to those who realize what’s gone wrong with the genre:

Those “best” choices of 3 years ago include a GN titled “My Lesbian Experience With Loneliness”, a book spotlighting Midnight and Apollo from the Authority, and even some Tom King embarrassments. So, we know that’s about how much you can believe such a crummy site’s contributors. Who also recommended:

You Brought Me the Ocean: This YA graphic novel from DC gives queer YA writer Alex Sanchez and artist-behind Blue Is the Warmest Color Julie Maroh a crack at crafting Aqualad’s coming out story. We’ll even have a preview for you later this week! 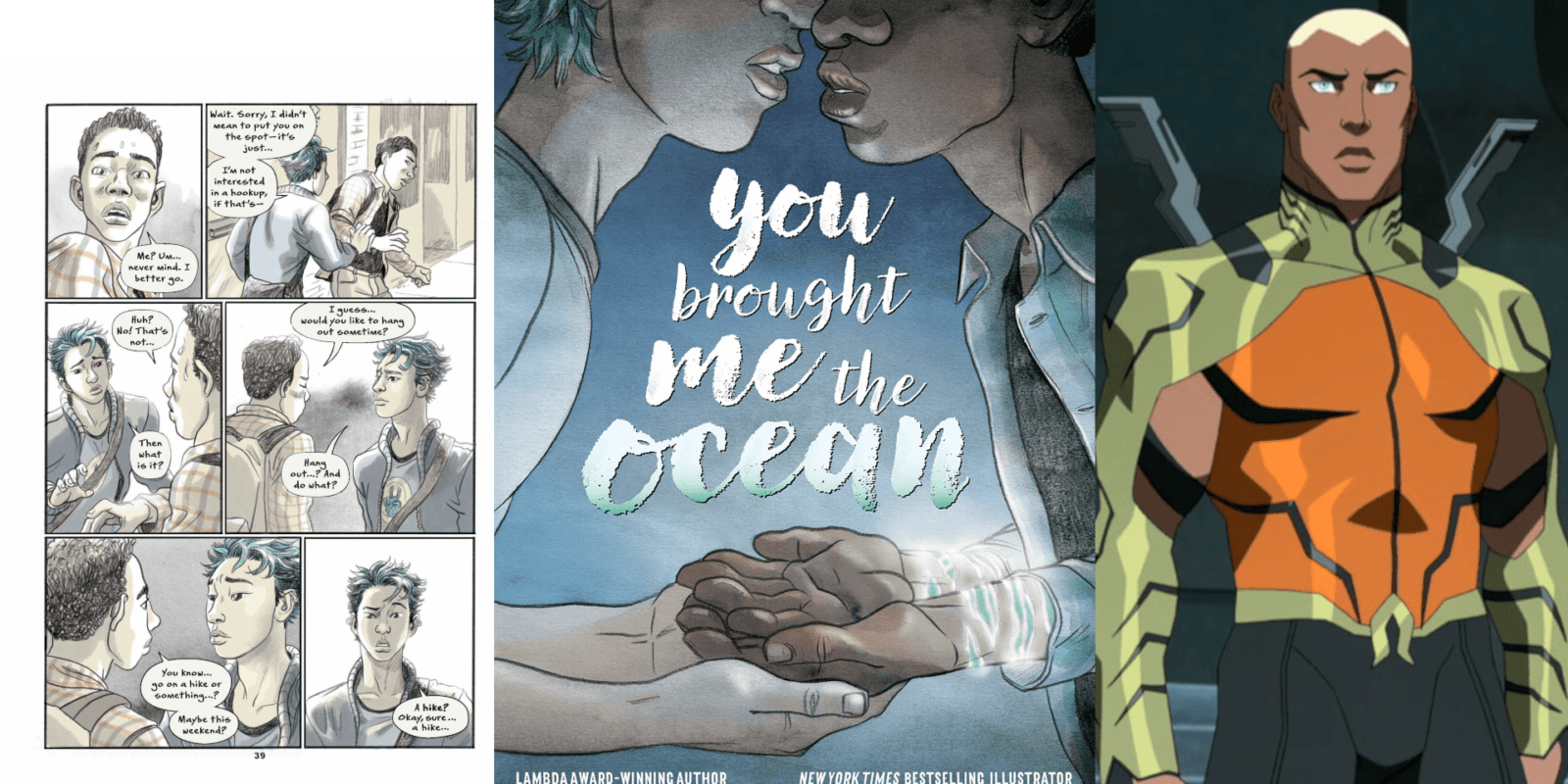 I’d mentioned that before, and, like I said, this is just about how much you can trust these phonies on their recommendations. There’s also this:

Something is Killing the Children Vol. 1: James Tynion IV may be making waves on Batman, but there’s something else the writer does very well: queer teens and horror. Grab the first arc of his latest, with artist Werther Dell’edera, from Boom! Studios.

What are the odds the horror-meisters in the story proper are stand-ins for conservatives? Probably pretty high. The site even brings up another crossover from DC, sequel to an earlier one:

I’ve said before, company wide crossovers are only proving detrimental in the long run, and this is no different. Oh, and look what else turns up here:

Strange Adventures #2: Tom King and Mitch Gerads’ latest, with Doc Shaner along for the ride, had just kicked off when the shutdown hit, and we’d been looking forward to seeing more of it. At least now we only have to wait for June.

Doomsday Clock Part 2: Been waiting for the trade to catch the end of Geoff Johns and Gary Frank’s Watchmen/DC Universe crossover? Wait no longer.

Guess what? I haven’t supported Johns’ writings for years, so it’s not even a matter of waiting, because I’m practically boycotting his work. I’ve said before and will again, Johns has proven one of the worst things that could happen to DC, and Marvel, since he did at least a handful of stories for them in the early 2000s. And speaking of Marvel, they predictably cite one of their planned crossovers:

Empyre #0: Avengers: Marvel’s 2020 summer event — an all out war with the Kree and Skrulls on one side and the Avengers and Fantastic Four on the other — finally starts to hit shelves in June, nearly two months after it was originally scheduled.

And we’re just supposed to believe it’s worth it at face value? Nope. Here’s another crossover:

DCeased: Dead Planet #1 — From the writer who brought you the absurdly good tie-in comics for the Injustice: Gods Among Us DC Comics fighting game, we got DCeased, a comic about the entire DC Universe succumbing to zombie plague. Now DCeased has a sequel, and its first issue hits shelves in July.

Oh, the video game where Superman goes berserk and Lois Lane is killed? Pass. I think we can figure out just how dedicated this site really is to respecting the creations who’ve become the focus of all the wrong stories. There may be some good news, however:

Lois Lane #12: Greg Rucka and Mike Perkins close out their Lois Lane series, and we’ll be sad to see it go.

With the way Rucka exploited Lois for his leftist politics, that’s why I won’t be sad if it’s been canned at all. Besides, wasn’t Rucka one of the writers who willingly took part in launching Infinite Crisis with the Countdown prequel that saw Blue Beetle scrubbed by Max Lord? One of the most atrociously overrated writers since the turn of the century. And then, there’s another crossover coming from DC:

Yes, you read that right. More Joker spotlighting, in a franchise that’s been way overemphasized, often at Superman’s expense (and assigning Brian Bendis to oversee the Man of Steel’s made everything worse). Say, and look at who’s writing the following:

The Dreaming: Waking Hours #1: DC Comics has confirmed to Polygon that The Dreaming: Waking Hours, the next incarnation of the recently concluded Sandman Universe series, will kick off sometime in August. The new story comes from writer G. Willow Wilson (Ms. Marvel, Wonder Woman) and artist Nick Robles, who will be introducing at least one new character to the Sandman Universe, Ruin, and bringing back an old one: William Shakespeare.

And after all the damage Wilson’s done to mainstream, it’d be better to avoid this story too. It’s bound to be nothing Shakespeare would consider a masterpiece.

As usual, Polygon recommends and sugarcoats all the wrong books and stories. Such a joke of a site. These aren’t books worth spending summer pastime with.

U.S. Audiences are Growing Weary of Superhero Films & TV
Acceptable Loss: Warner Bros. Wisely Shelved Woke 'Batgirl' Film
Get Woke... Disney's Stock Now One of Worst Performing of the Year
It's Time to Take Back Our Culture & Entertainment from the Left
CEO David Zaslav Reveals a 10-Year Plan for DC Films - includes The Flash
Marvel & Disney Embrace Drag Queen Culture in 'Ironheart' Series
He had a Good Run: CW's The Flash to End with Abbreviated Season 9