When Heroes Rise – a Collection of Fantasy Shorts

In early 2019, Trever Bierschbach (Wastelander, Embers of Liberty) released his first short story collection, When Heroes Rise. He’s been writing for years with short stories and novelettes on Amazon.com and small press publications. He released his first novel, Embers of Liberty, in October of 2018. He also writes as a journalist for gaming and comic interests on various sites from Highlandarrow.com to Fragsandbeer.com. He lives and works in Central Illinois, and has traveled and live throughout the U.S. all his life.

When Heroes Rise is a short story collection about heroes, adventure, and sacrifice set in the mystical world of Thelos. Thelos is a world of magic, angels, demons and dragons and home to a host of other fantastical beings. The tales in this anthology span across the ages beginning in the ancient times of elves and dragons, to a post-apocalyptic future desert wasteland. 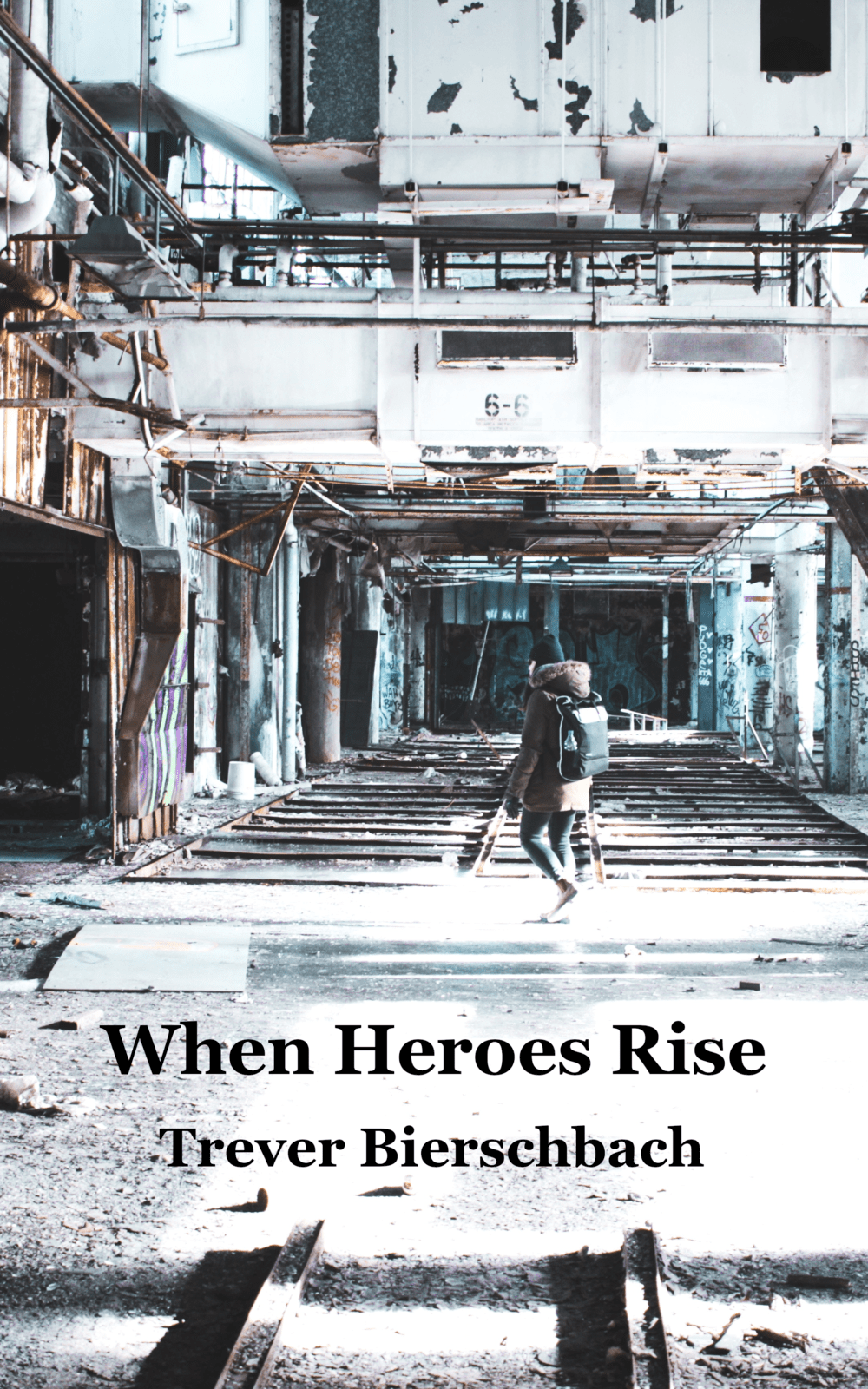 Experience tales of sacrifice, bravery, and honor throughout the ages of the mystical world of Thelos. From primitive elven clans to savage wasteland wanderers, When Heroes Rise will take you on new adventures across a world unlike any you’ve seen before. You’ll explore this world through the eyes of those who struggle every day to survive it, and protect those they love. Heroes from all walks of life, and some who are not even people, will show how far one can go for loyalty, love, and honor. Their pain and sacrifice lay the groundwork for future tales yet untold, but coming soon.

This collection of shorts features stories from the early life of Snowdove, an elven woman who will face adversity and trauma before leaving her people to find her place in the world. You will witness pure love in the only story set on Earth, as an old man bargains with death for the chance to say goodbye. And five tales of Thelos’ distant future after the world is destroyed by the folly of man, and people must scrape out a life in the Wasteland left behind.

When Heroes Rise is available on Amazon.com and is coming to local stores soon this spring.