In a recent post on my blog, I discussed what my PenPower Project is about. In short, it’s a series of essays and questions answered by my (and soon your) favourite authors designed to debunk the myths of writer’s block and all kinds of other writerly fears.

Here is a list of the posts (and topics) updated regularly:

3: #PenPower #3: Rules and Fear (How to beat your writerly worries)

While working on a course project for editing and publication so I decided to make the project fun. I asked several of my favourite authors and editors to work with me on this and almost all of them agreed.The project theme is writing fears and I was able to ask some juicy questions about it. The project itself will take the shape of blog posts: essays combined with answers from the interviews.

What are my favourite authors afraid of? What gives them gray hairs the most? Those questions and more will be tackled in the upcoming project. The hype logline: A series of blog posts that de-mystifies writing and gets rid of the blank-page fear! Today I am going to introduce me host of characters that I’ve interviewed for the project. I commissioned an artist, the great Oscar Celestini, to work me with on illustrations of our writing superheroes.

So without further ado here are the twelve authors who have generously decided to sacrifice their time for the greater good to help other writers fight the fear of the blank page:

1. SUE BURKE (who gives plants people personalities and seems to love bamboo almost more than is reasonable!) SUE is a very mobile superhero. She’s lived in Milwaukee, Austin, Madrid, and now defends Chicago of writerly deprivation. Sue’s published short stories, poems, and articles in a variety of magazines and anthologies, and her novel Semiosis was published by Tor in February 2018. Its sequel, Interference, in 2019. (That’s the books about people-plants and bamboo!) Her superpower? She’s flying through the pages of her books! 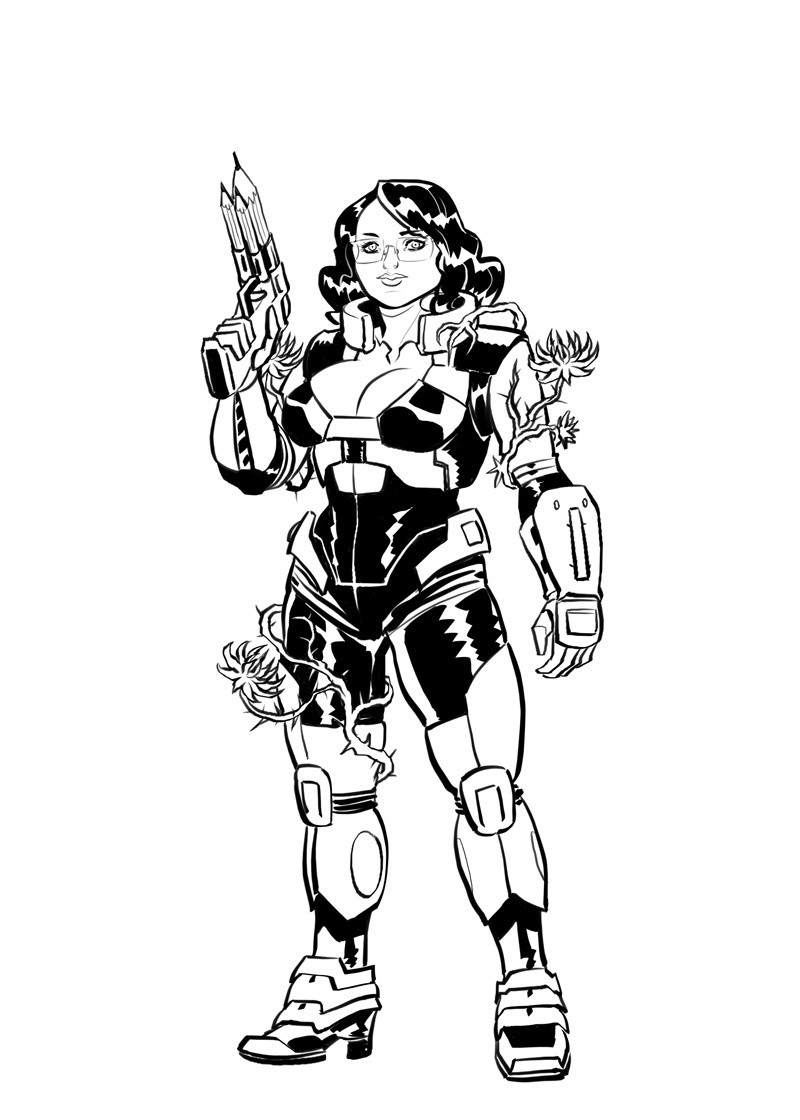 2. CAITLIN STARLING (who has written the coolest lesbian romance creepy sci-fi ghost-cave adventure of 2019.) CAITLIN lives near Portland and wrangles spreadsheets as well as being a writer. She has an unhealthy interest the dark and macabre and she writes horror-tinged speculative fiction of all flavours. Her first novel, The Luminous Dead, has been nominated for the Bram Stoker Award for Superior Achievement in a First Novel. Her writerly superpower is currently exercised in two more forthcoming gothic horror novels: Yellow Jessamine and the Death of Jane Lawrence. 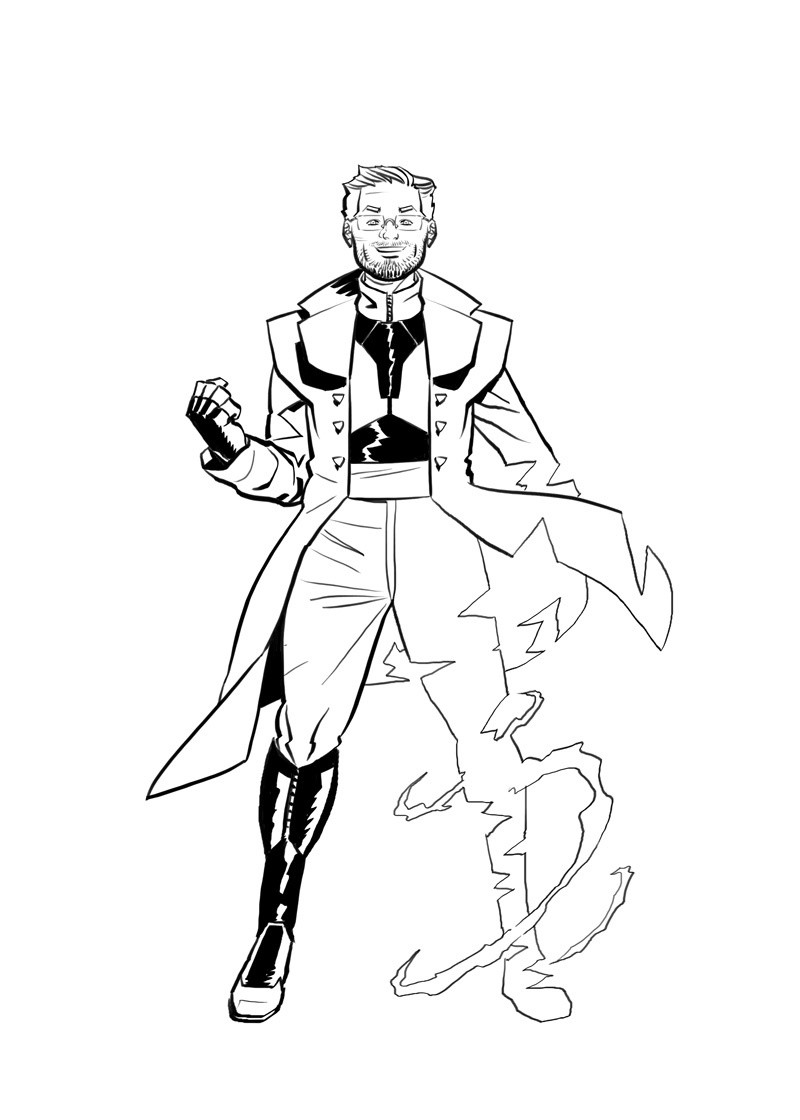 3. TIM PRATT (who is definitely not dissolving but teleporting! And writes about many stars – wrong and forbidden and dreaming. Plus lesbians.) TIM lives in California with his wife and son. As an extremely prolific writer he has so many achievements there is no space to put them all in this blog post. Suffice to say he’s written novels, novellas, taken part in collections and anthologies with his short stories and poetry, and is a senior editor for Locus magazine on the side. If you’re interested in the whole story check out his website: Tim Pratt’s full biography 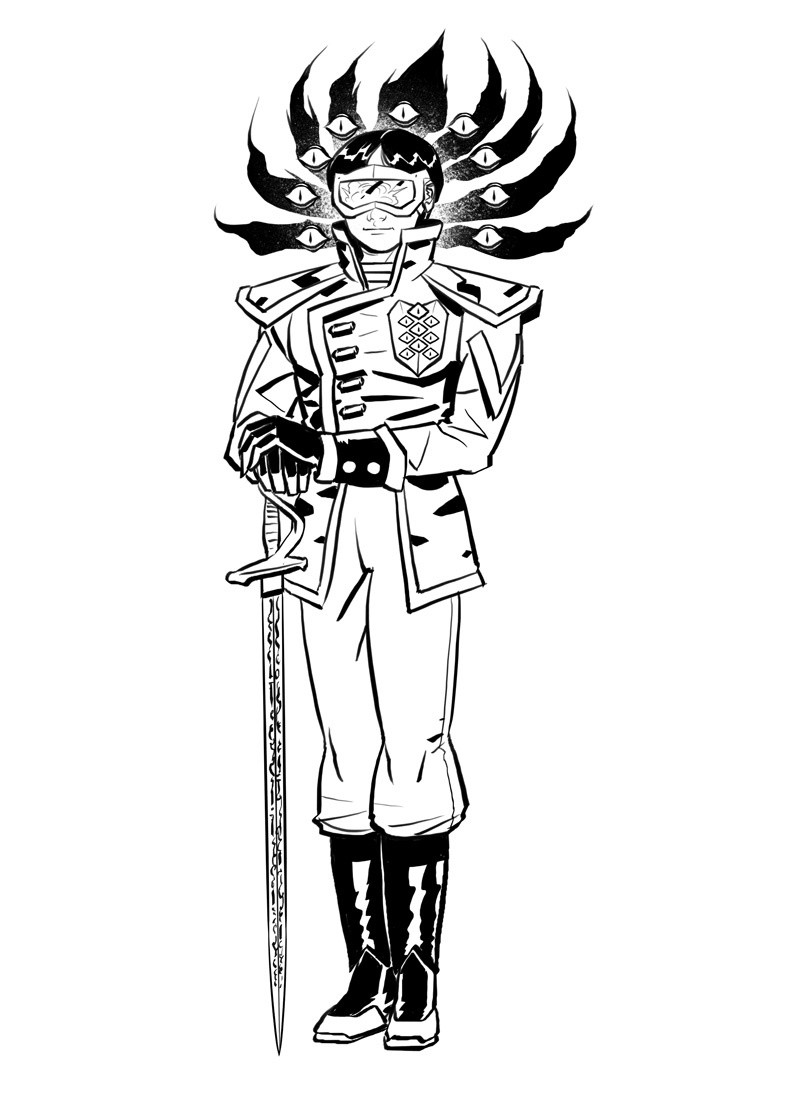 4. YOON HA LEE (who invented a whole grand new universe for his Korean inspired space opera!) YOON is a Korean-American sf/f writer who received a B.A. in maths from Cornell University and an M.A. in math education from Standford University. Yoon finds it a source of continual delight that math can be mined for story ideas. Yoon’s fiction has appeared in publications such as F&SF, Tor.com, and Clarkesworld Magazine, as well as several year’s best anthologies. His superpower? To blow up spaceships (which he does a lot in his Machineries of Empire books!) 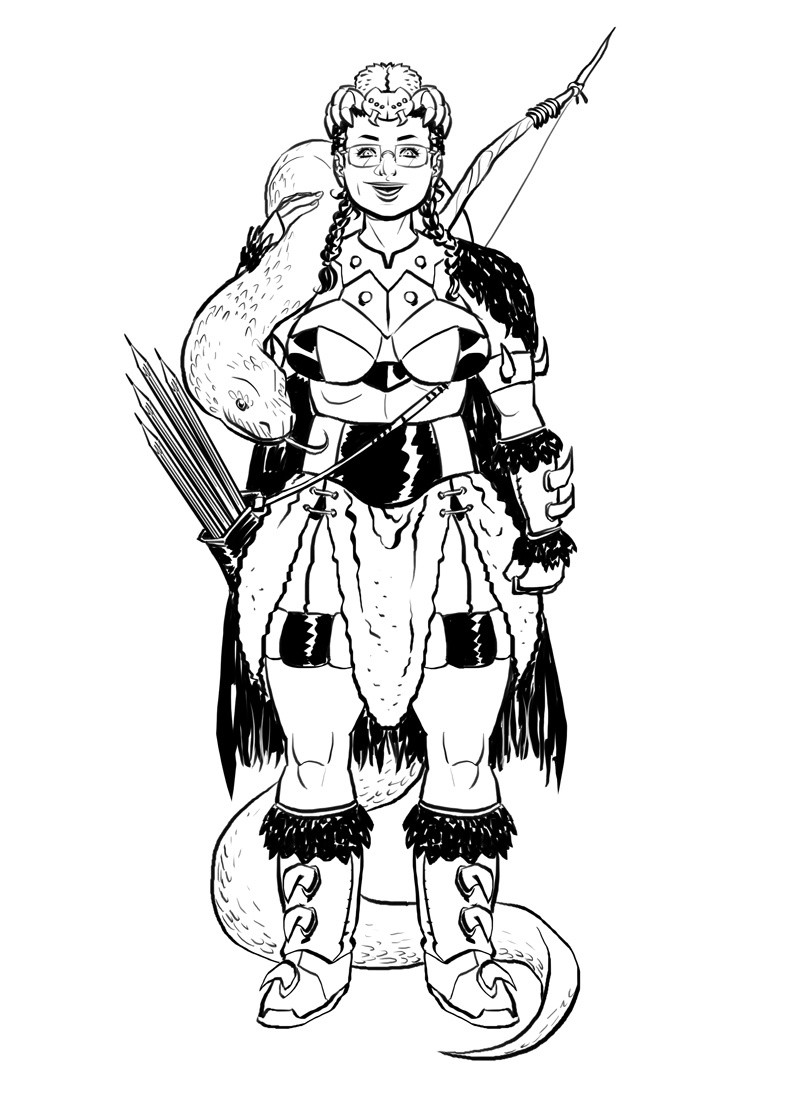 5. THORAIYA DYER (who writes exciting stories about a place called Canopy and another called Understorey. There’s people who reincarnate – possibly into gods – and live in/on/around trees. Honestly it’s much better than that though.) THORAIYA is a writer from Australia. As an Australian superhero it’s almost natural she loves animals of all sorts (even the creepy crawly ones). Thoraiya is also an archer and her tools to defeat writer’s block are many: As with Tim Pratt her accomplishments are too many to fit into one puny post: short stories in various magazines and anthologies. Novels: Crossroads of Canopy, Echoes of Understorey, The Tides of Titans. Check out her website instead: Thoraiya Dyer writing. 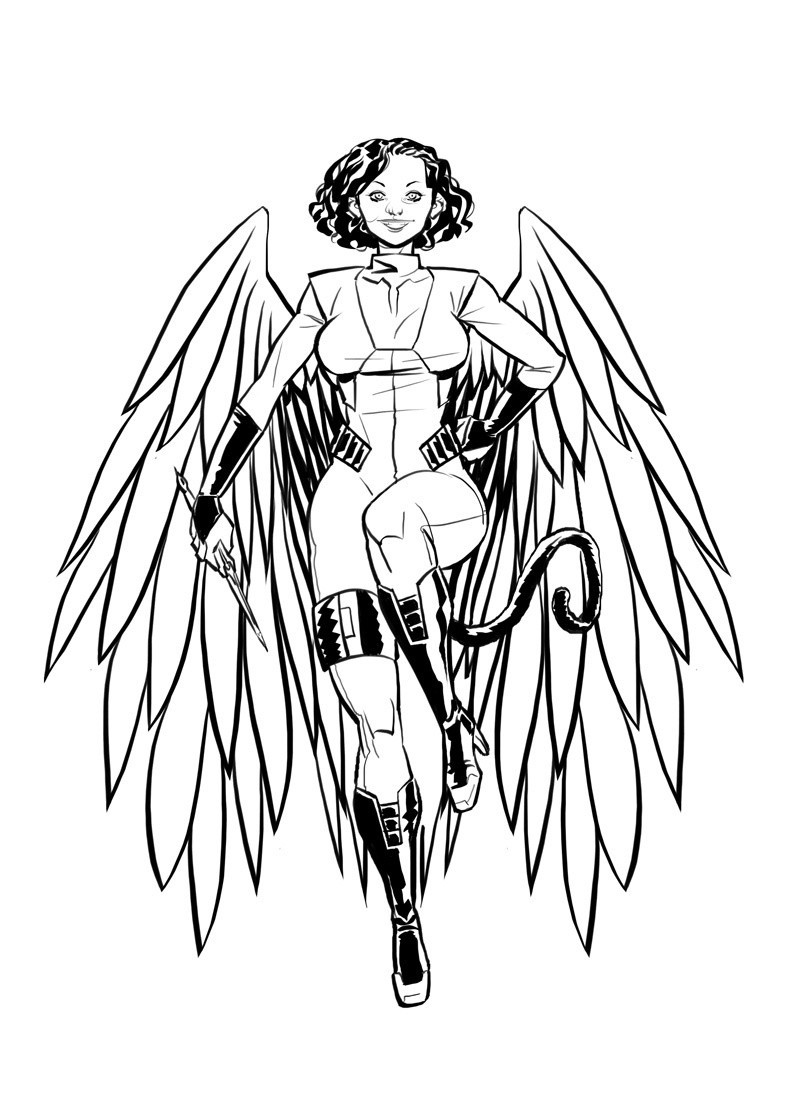 6. ANNA STEPHENS (vast imagination, multiple characters, gritty grimdark epic fantasy!) ANNA lives in the UK and has written a trilogy of grimdark fantasy called GODBLIND. Anna started her writerly superhero journey early in life: As a child she raided the library. As an adult she collects Doctor Who memorabilia and Wonder Woman and Star Wars figures. She’s also a sword-fighter, a Karate black belt, and DnD enthusiast. All of that combined made Godblind quite an imaginative and terrific adventure to read! Her superpower? Flying, obviously, and see the tail? She can grab things with it (such as her pen and paper if she wants to!) 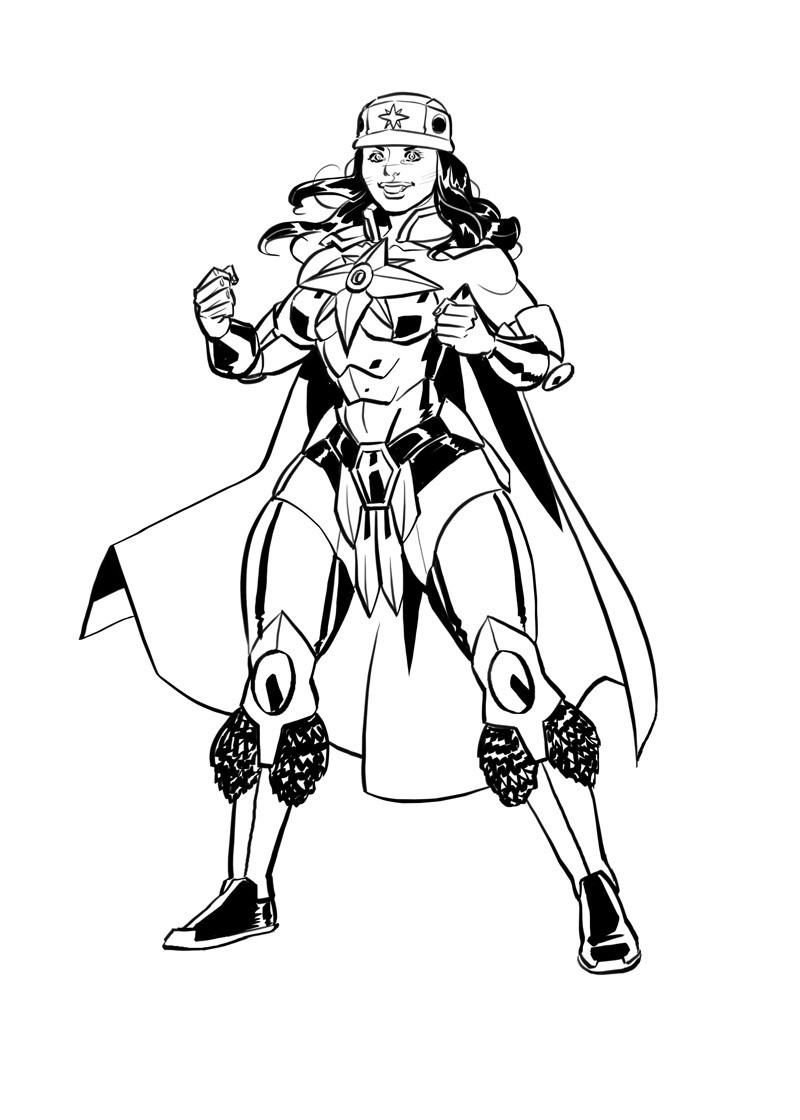 7. EOWYN IVEY (here’s one from a cold place writing fiction that should be cold but will instead melt your cold heart of writerly despair). EOWYN’s has been raised in Alaska and now lives there with her husband and two children. Her debut novel, The Snow Child, was a finalist for the Pulitzer Prize for Fiction in 2013. One of the first things you might have noticed about Eowyn is her name: Eowyn Ivey was named by her mother after the well-known character Eowyn in Lord of the Ring. And isn’t that already a set-up to becoming a great writer? 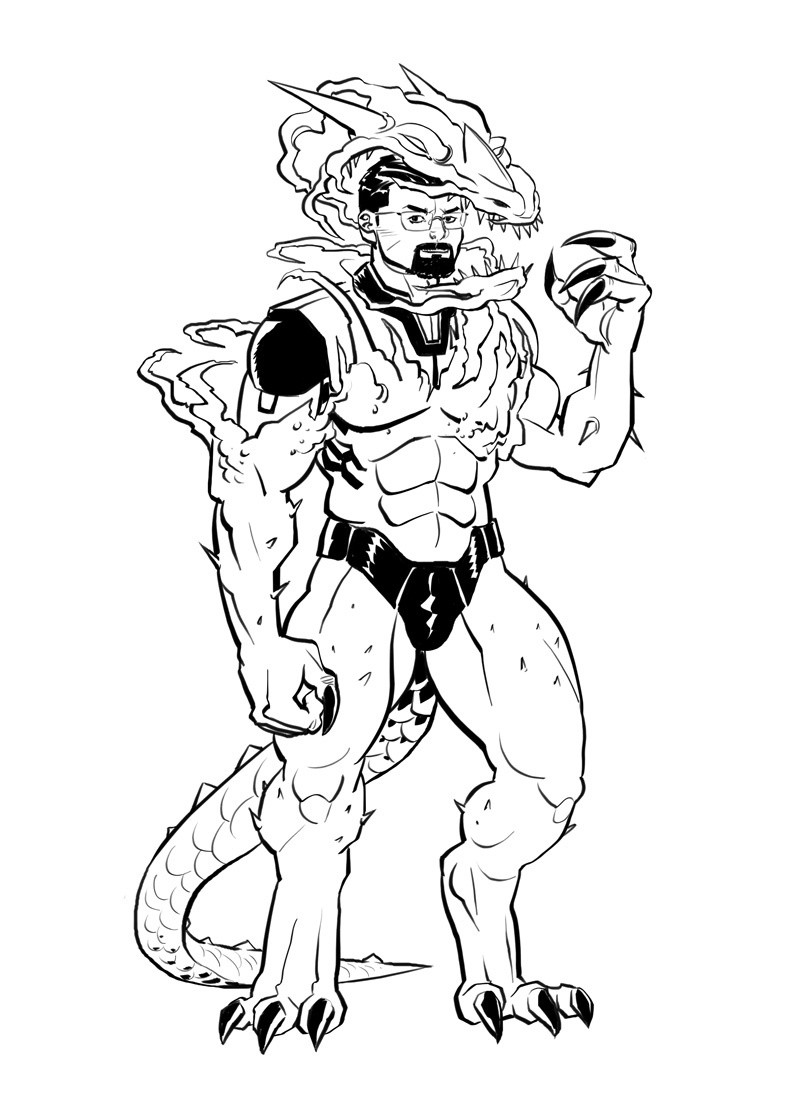 8. ADRIAN TCHAIKOVSKY (spiders in space! Highly creative novels and novellas abound. Adrian is a mastermind who cannot be called evil due to the amount of work he creates!) ADRIAN is the author of the acclaimed Shadows of the Apt fantasy series. He has been nominated for the David Gemmell Legend Award and British Fantasy Society Award. In civilian life, he used to be a lawyer, and is still a gamer and entomologist. His superpower? Shapeshifting into animals! (I’m not sure what this has to do with writing, but take it from me, you won’t get bored if you add Adrian’s books to your reading list!) 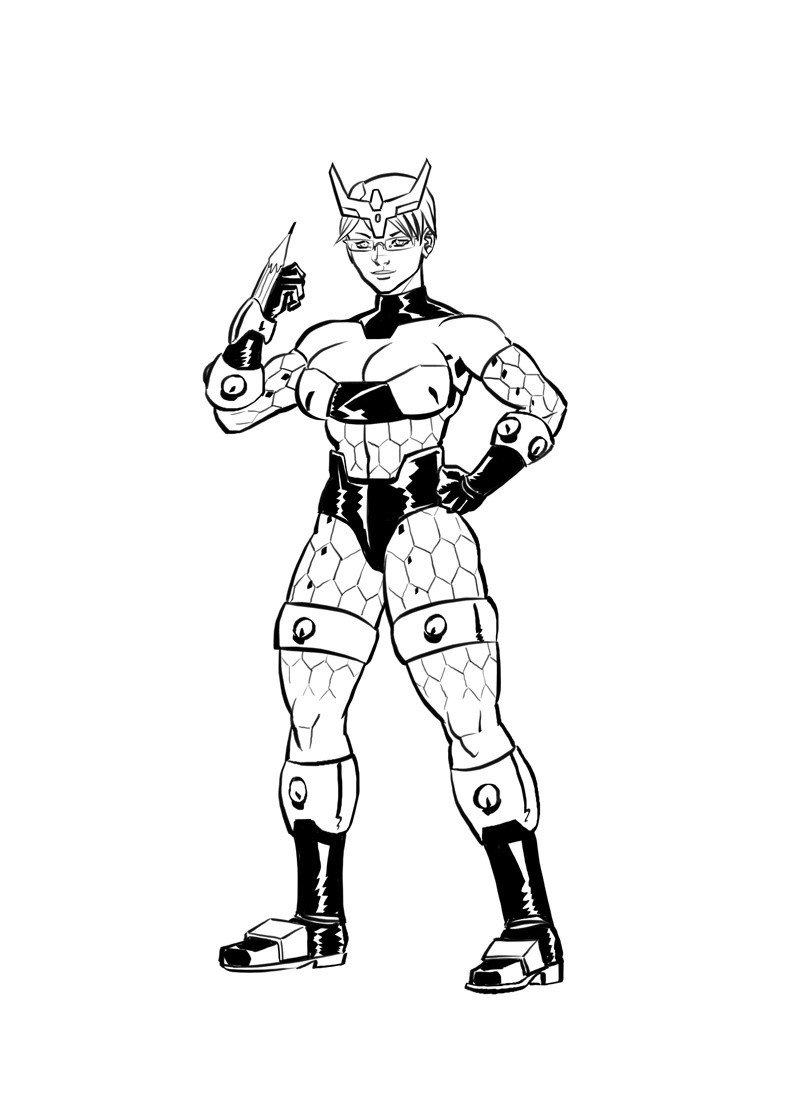 9. KAT ROCHA (now here’s a writer/editor/content creator with tons of variety in her superhero kit!) KAT began her publishing career as a collaborating artist on such projects as Utopiates and Titanium Rain. She went on to produce numerous concept designs for Spartan Games and has had her work features in Interzone Magazine. She began her own comic series entitled LD30: The Adventures of a Swinigng Robot in 2010 and in 2011 she founded 01Publishing. Kat is active as well on Youtube (where she talks about writerly concepts and popular art and comics and all sorts strange of things – sometimes with her husband!) and has edited two cosmic horror short story collections entitled Whispers from the Abyss. Her superpower? Well if the short bio above doesn’t give you a hint, I don’t know what to tell you! 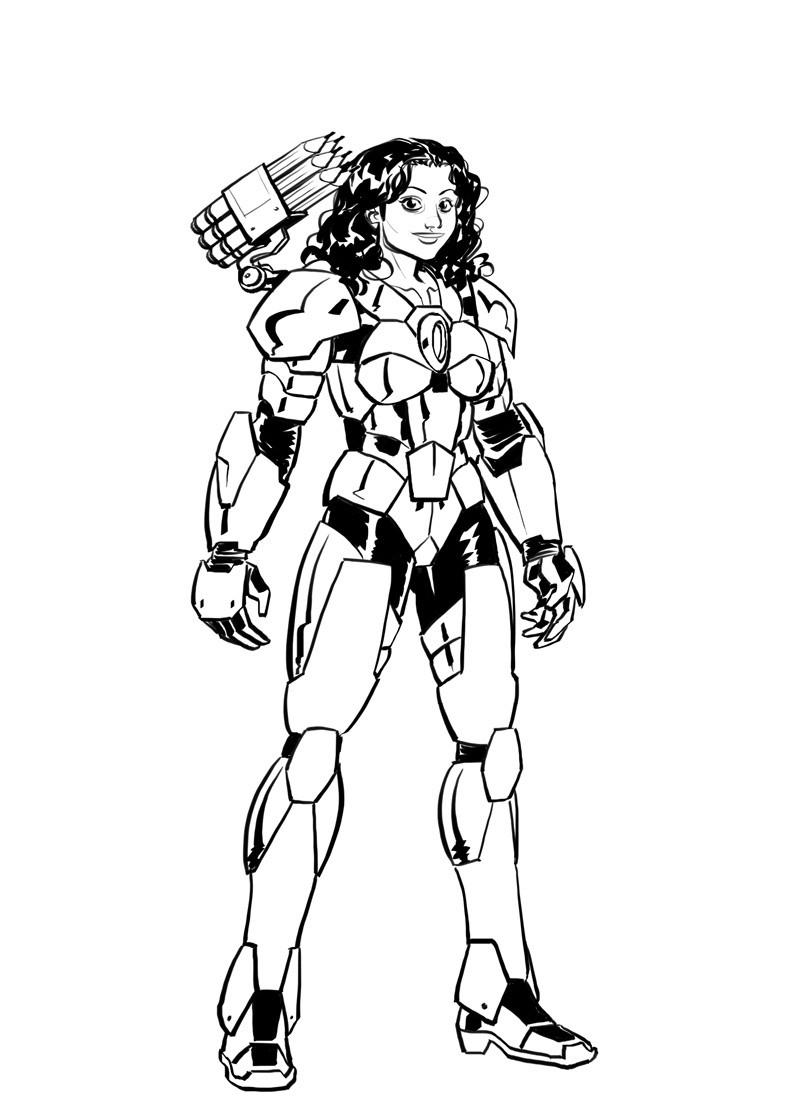 10. MARTHA WELLS (inventor of friendly robots and heck has her first Murderbot novella won many awards! I’m serious. Keep reading about her. This is a great chance to learn the writing process!) MARTHA Wells has written an impressive amount of novels, novellas, and short stories, the first of which (a novel by the name of The Element of Fire) was  published by Tor in 1993. One of her most recent works, the novella All Systems Red: The Murderbot Diaries published by Tor.com was a 2017 Philip K. Dick award finalist and won: an ALSA/YALSA Alex Award, a Hugo Aware for Best Novella, a Nebula Award for Best Novella, and a Locus Award. If we cannot learn from her, then from who? In addition to offering her answers to my interview questions for this project Martha has her own writing guide as well! 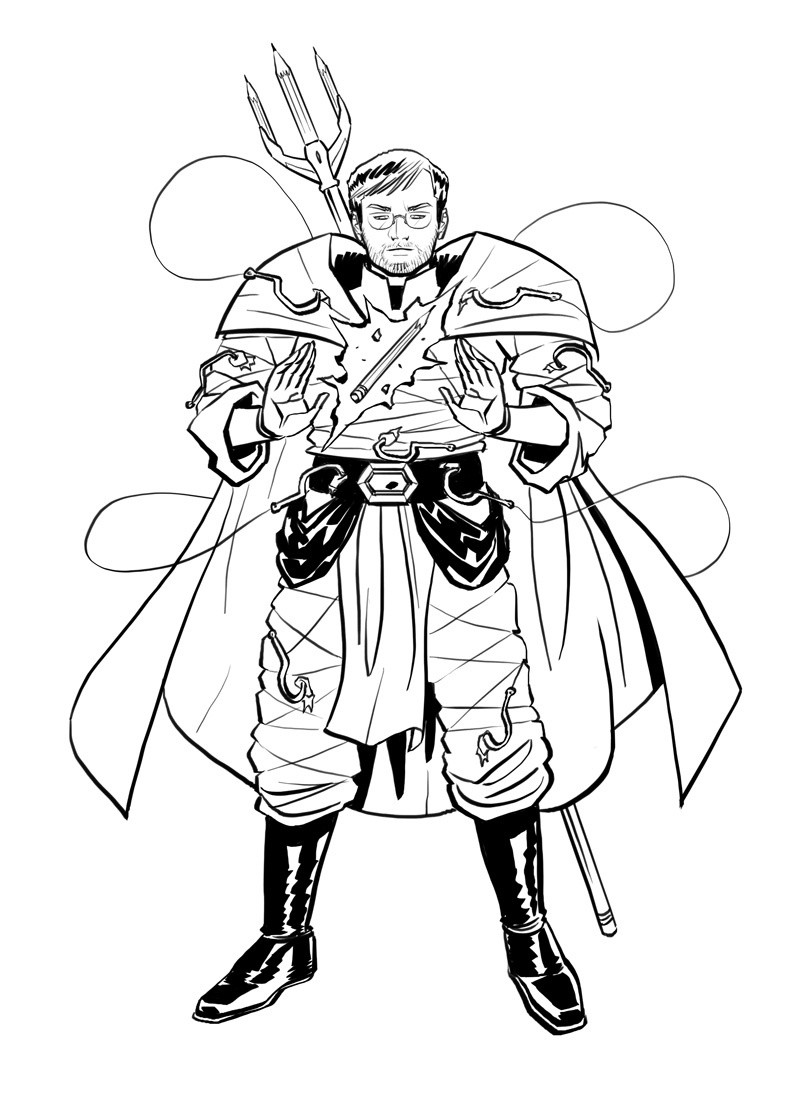 11. JOHN LANGAN (the villainous page’s laughter quickly fades when faced with John Langan – and his wife’s – determination to finish The Fisherman. I can’t talk about the reader’s laughter. I found the creeping horror of John’s novel delightful.) JOHN is an American author and writer of contemporary horror. He has been a finalist for and nominee for several Horror awards and finally won the Bram Stoker Award for his novel The Fisherman in 2016. John’s superpower? He says it’d be something like Dr. Strange’s. I’d argue it’s more in the direction of atmospheric writing and delightfully creepy stories of (sometimes) cosmic horror. 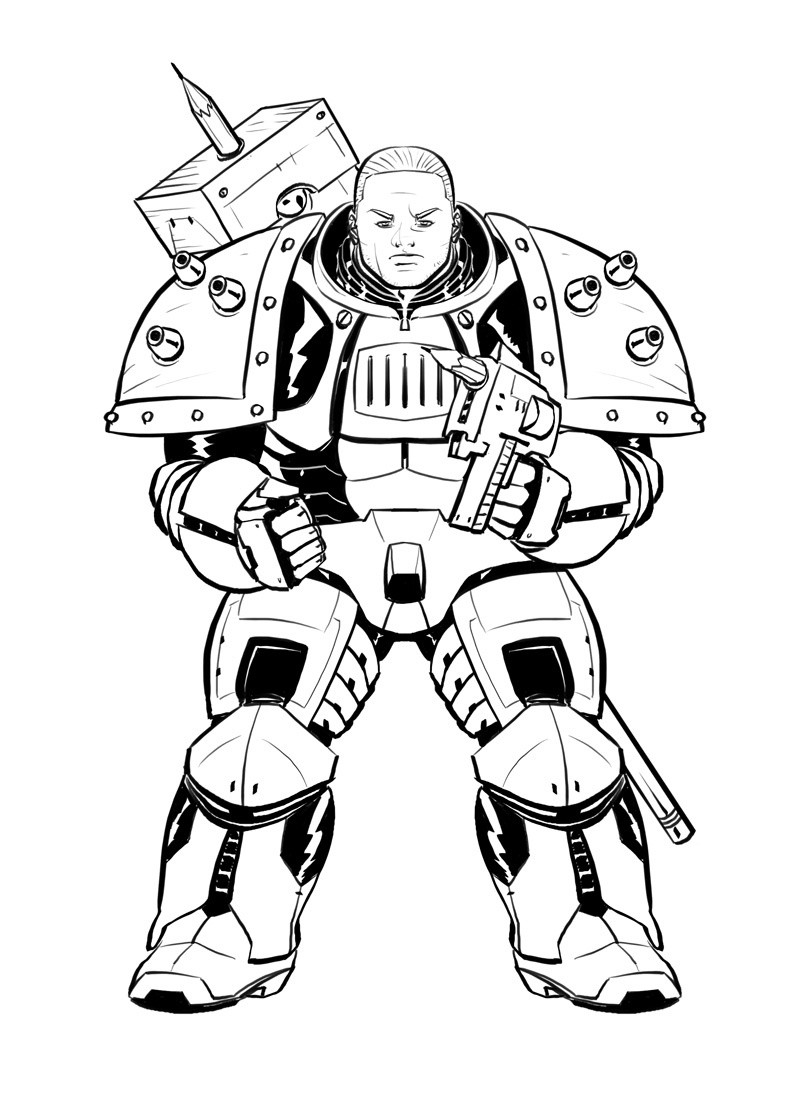 12. RICHARD S. FORD (heroic fantasy and balls to the wall action – yes I stole this line from his website -) RICHARD lives in [unknown] but has written several short stories and novels (all available on his website!). They are mostly fantasy and then, heroic, because what else could this particular superhero write? Richard enjoys Warhammer 40k and is rendered as a superhero with a space marine’s armor. His superpower? Tenacity. Hunk. Down. And. Write. It seems to have worked for him. Is there some more advice we can mine from his answers? You just bet there is!

And last but not least we must consider the villain…

What are our writers up against? Considering the length of this post this will be the subject of an entirely new one – to be released Saturday (because what is worse than your writing fears threatening your perfect weekend?)