Spotify on Monday released a small collection of exclusive audiobook recordings on its platform, a move that signals its interest in continuing to broaden its library of non-music programming, THR reports.

The company is characterizing the release as one of many tests that it regularly runs to help it improve its user experience, but in success, the initiative could give it a roadmap for how to take on giants in the space, including Amazon-owned Audible. 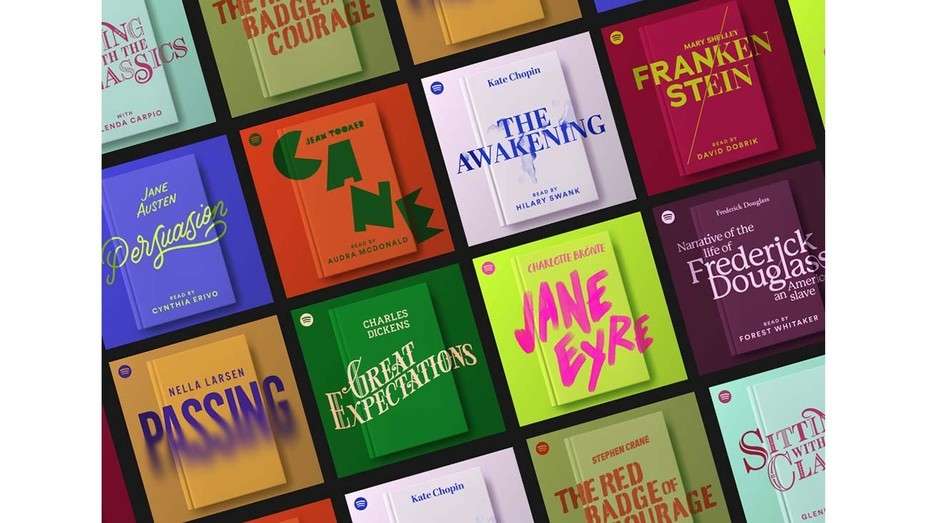 The nine audiobooks that are now available on Spotify are all part of the public domain, but the original recordings are exclusive to the streaming platform. David Dobrik narrates Mary Shelley’s Frankenstein; Forest Whitaker reads Frederick Douglass memoir Narrative of the Life of Frederick Douglass, an American Slave; Hilary Swank narrates The Awakening by Kate Chopin; and Cynthia Erivo reads Jane Austen’s Persuasion.

To accompany the audiobooks, Spotify has commissioned series Sitting with the Classics on Spotify, in which Harvard professor Glenda Carpio offers a deep-dive on each book, exploring the history and breaking down the narratives and themes for a modern audience.