Long Live Death and Other Ramblings with Author A.H. Lloyd 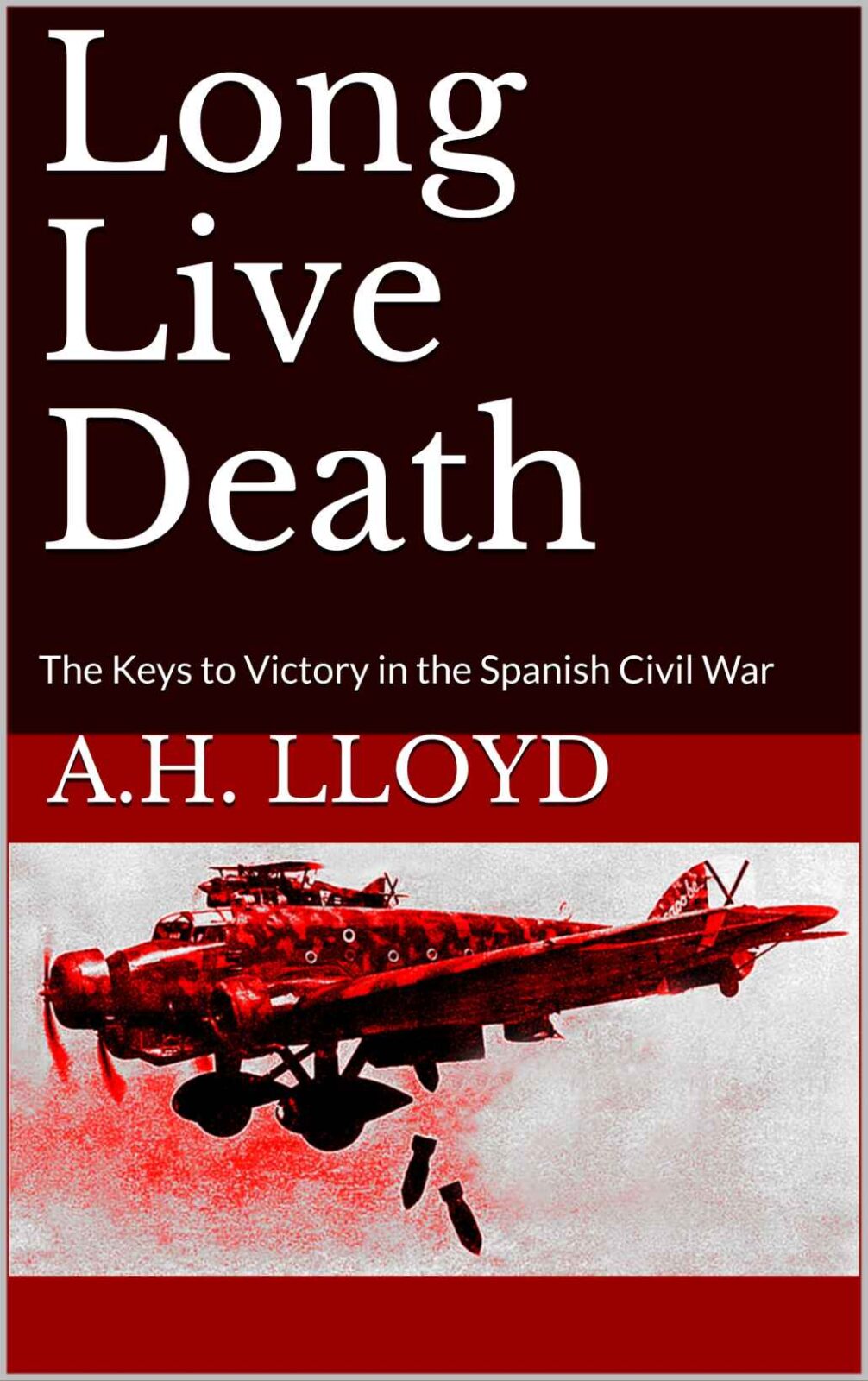 A.H. Lloyd has been contributing to Bleeding Fool since early 2018.   Lloyd has written eight novels and a set of miniatures rules, and you can read a lot of his writing on his own blog at Chateau Lloyd. I first discovered him while visiting the Ace of Spades blog. Incidentally, that’s also where I first met David M. Vining, our frequent film reviewer with highly unpopular, but well written opinions on the merits of films.

Lloyd recently completed first non-fiction book, Long Live Death: The Keys to Victory in the Spanish Civil War and it parallels a lot of what we’re seeing in the culture today. I decided he had written so much about the culture here on this blog, I should talk to him about something besides his role as the internet’s foremost defender of the original Battlestar Galactica TV series.

Chris: I should get that out of the way I suppose, what is it with you and Battlestar Galactica?
A.H.:  Obviously I grew up with and loved the original, but my critique is really that the reboot devoid of any kind of creativity.  It epitomizes the “SJW” habit of taking someone else’s original work, swapping genders and then patting themselves on the back for how brave and stunning they are.
And yes, the Magnum reboot did the same thing which is why no one cares about it.
Chris:  Is that still even on?
A.H.:  I have no idea.  I heard about the reboot and looked it up.  Zero interesting watching it.  You see, the core issue is that not only is gender-swapping lazy, it totally wrecks the dynamic of friendship that men (especially warriors) share.  Hollywood used to know this – remember When Harry Met Sally?

A.H.:  Absolutely and it was funny because it was true.   Now I believe men and women can be friends, and can be friends in a military environment, but one can’t honestly deny that the dynamic in those friendships are different because men and women are different.  It’s weird how we’re told in one breath that to acknowledge this difference is sexist and yet we also are constantly harangued about the need to celebrate how important is that women get more role/parts/characters.

Chris:  You did a column on that a while back, Hollywood’s forgotten women pioneers.
A.H.:  I did, and it’s hilarious that women today are whining about not getting enough money when women who could not even legally vote were able to command top dollar salaries a century ago!
Chris:  That really puts things in perspective.
A.H.:  It’s crazy how much history people have forgotten.
I will add that I think that adding women to the mix can create some interesting tension – which is why you add them, not swap them in.  And of course getting back to BSG, the show tried to do that, first by making Jane Seymour a pilot, and then replacing her with another female pilot when Seymour quit the show.
And for people who say “Kara Thrace is awesome!  We love her!” my response is: “Great!  Just imagine how much fun she would have had with a macho rake like Starbuck!”  What a terrible opportunity they gave up.
Anyhow, I do go on.  What were we talking about again? 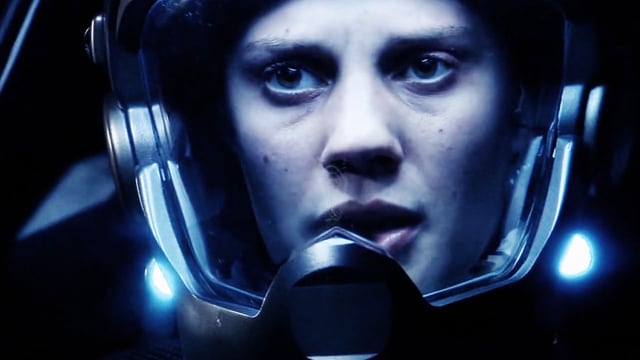 Chris:  Your new book, about the Spanish Civil War.
A.H.:  Right, I need to work on my segue between Galactica and Guernica.
Chris:  That’s not bad.
A.H.:  I try.  Anyhow, it’s a topic that has been bothering my since college, I did a ton of reading on it and when the COVID left me locked indoors, I decided to write a book on it.
Chris:  So why should anyone at Bleeding Fool care?
A.H.:  Well, other than the fact that I’m a talented but tragically underselling writer and need the money, I think it’s very relevant to where we are today.
Chris:  In what way specifically?
A.H.: History repeats itself. The Spanish Civil War was not between regions like our civil war, but entirely about politics.  The left wanted a radical transformation and cheated at elections, creating armed militias to do their bidding.  Everything happening right now – even down to the red and black banners – happened there first.  It may open some eyes. I think its interesting how much of what is going on now was prefigured in 1930s Spain.
Chris:  You mean like Antifa.
A.H.:  I don’t mean “like” Antifa, I mean the actual Antifa.  They were there, same symbols, militant Anarchists, autonomous collectives – the whole deal, right on down to burning churches and smashing statues.  It’s eerie how similar it all is. 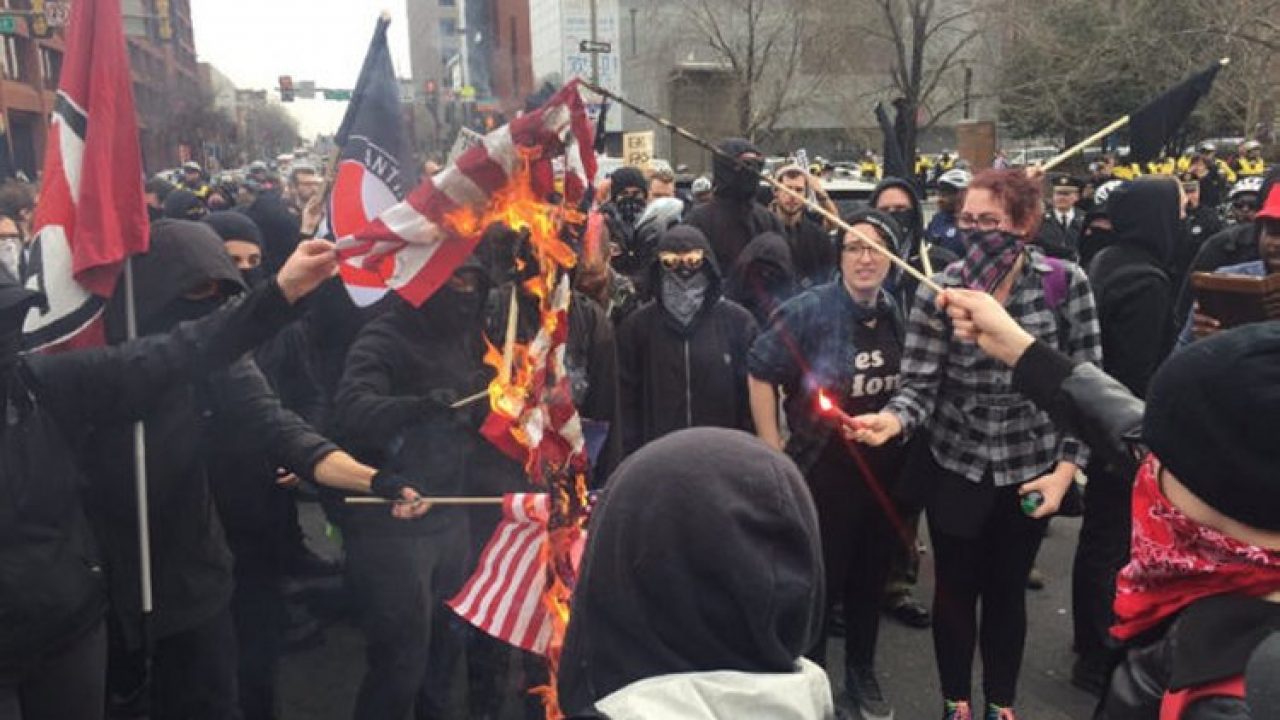 Chris:  So what happened?  What’s the short version?
A.H.:  The short version is the Spanish left decided that the right would never be allowed to win an election again, even though the constitution the left wrote – they wrote the constitution – promised free elections.  When the right won, they went crazy, created anarchy – literally, anarchists were blowing stuff up, rising in rebellions – and when the got back into power after open cheating, started killing off their political opponents.
That’s when the Army got involved.
Chris:  Franco, right?
A.H.:  Yes, he wasn’t the ring-leader, but he was highly respected and joined the coup attempt to try to restore order.  Obviously it didn’t work, so you got a civil war.  After that things get too complicated for me to explain.  You’ll need to read the book.
Chris:  Of course, got to get the plug in.
A.H.:  Yep.  But it’s really complicated.  I’ll give you a spoiler though:  Franco won.
Chris:  The irony is that Antifa, claiming to be anti-fascist, ended up putting a fascist in power.
A.H.:  Sort of.  Franco wasn’t really a fascist, but he was happy to draw on them for support.  That’s also complicated. 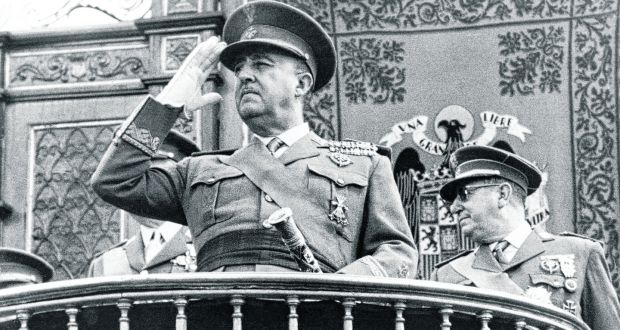 Chris:  Lots of people would argue with you on that.
A.H.: I’m sure.  The thing is, Franco did everything leftists say they are going to do: raise literacy, improve health care, grow the economy.  He actually did it.  In my book, I go into what would have happened if he lost, and I think it’s clear Spain would have had gulags in killing fields of the left had won the war.  It goes with the territory.
Chris:  Well, not a topic people usually dig into.
A.H.:  Certainly not here.
Chris:  I look forward to our next discussion.
Check out A.H. Lloyd’s writings available here. Long Live Death: The Keys to Victory in the Spanish Civil War is available on Amazon here, and can be read for free with a Kindle subscription. His other ramblings can be found here and on his own blog at Chateau Lloyd.