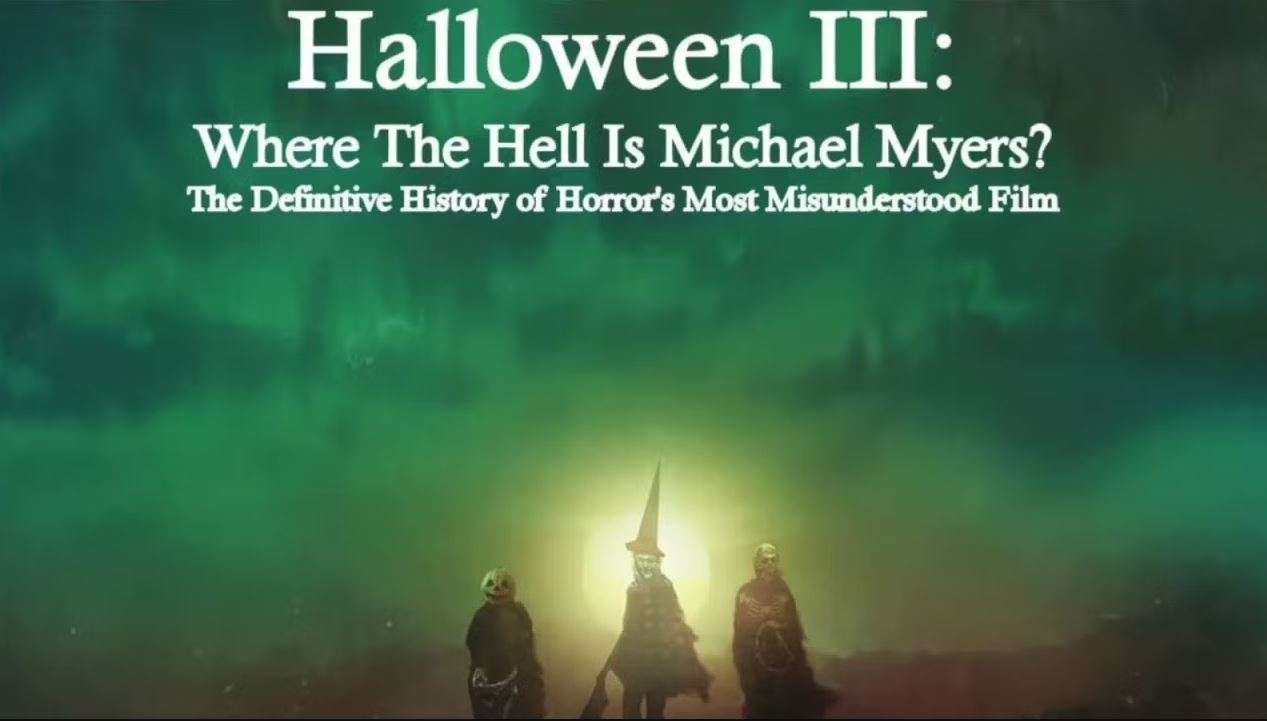 Halloween fans either love or loathe the movie Halloween 3: Season of the Witch. For years, the strange science-fiction thriller has been regarded as the franchise’s “black sheep” because it left viewers and critics scratching their heads. But now, the famed movie’s director Tommy Lee Wallace wants to clear the air by writing a production book detailing the protracted, demanding process of making the film.

It’s called “Halloween III: Where the Hell is Michael Myers? The Definitive History of Horror’s Most Misunderstood Film.”

Last month, The Thing With Two Heads, a podcast about horror films, included a special guest appearance by Tommy Lee Wallace. About an hour and twenty minutes into the show, hosts Sean Clark and Christopher Nelson ask Wallace how he’s doing after he makes his debut. Wallace makes a joke about his internet having problems before revealing that he is writing a book on the making of Halloween 3: Season of the Witch. Wallace recalls their initial encounter in 2004, when Clark paid a visit to the director’s home for an interview for Halloween: 25 Years of Terror, and how Clark opened his eyes to the cult following of Halloween 3.

“You asked good questions. When we got around to the subject of Halloween 3… the general tenor of the questions from most people was ‘Well what went wrong with Halloween 3?’. The way you approached it was quite different, and was complementary. Sean was a fan of the movie and he kind of observed that he thought the thing had been misunderstood, that the title was unfortunate and misleading.

He said, basically, ‘Listen, there are a lot of people that like it, you ought to come to one of these festivals, these cons. I’d been resistant before because I didn’t have an accurate picture of what that meant. I thought maybe this was just a bunch of bikers or something, I just didn’t get it. But Shaun talked me into going… It just blew me away. The number of fans that came up, all of a sudden it was a renaissance for me and the beginning of a great deal of redemption around Halloween 3. ”

Tommy Lee Wallace has been a part of the Halloween series since the very beginning. His first professional work was on John Carpenter’s independent film Dark Star from 1974. He would continue to collaborate with Carpenter on his subsequent movie, Assault on Precinct 13, serving as both the art director and sound effects editor. Wallace served as a production designer and co-editor for Halloween. Wallace is also recognized for designing The Shape’s terrifying mask from the renowned slasher film.

Wallace made his directorial debut with Halloween 3, but poor reviews hurt his self-confidence. Thankfully Wallace went on to direct and write further films, including Stephen King’s It miniseries, Fright Night Part 2, and Amityville II: Possession. When the book is released this October, it will coincide with the movie’s 40th anniversary.