Jacob Airey is an author, nerd writer, podcast host, movie reviewer, and pop culture critic. He regularly produces content on his YouTube channel StudioJake and is the chief editor of his own independent blog and is a regular contributor to The Daily Wire. His first book released was a paranormal novel “Cacophony: A Tale Of Faith And Fear.” His second novel, released in 2019,  was the fantasy adventure “The Seven Royals: All Good Things.” Now his latest fantasy sequel continues Airey’s new take on classic fairy tales! 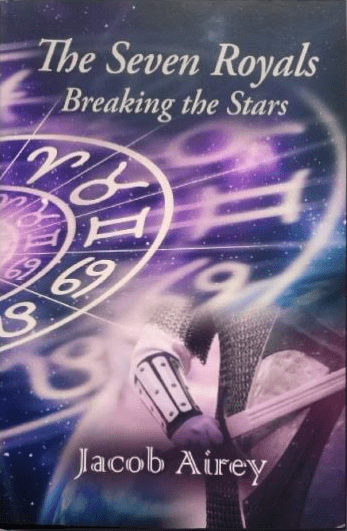 The Seven Royals return in this epic sequel, as they are pitted against The Wicker Man, an evil sorcerer who seeks to collect the Zodiac Seals and unleash terrible magic upon the land. Only they can stop him before it is too late. King Jasher and the rest of the Seven Royals, Talia, Philip, Belle, Connor, Rapunzel, and James return to battle The Wicker Man. He has resurrected the Sorcerer’s Society, sending them out to find the twelve Zodiac Seals to use in increasing his power. Everywhere his minions go, they leave destruction in their wake. As the Seven Royals battle failure and loss, the Wicker Man gathers his power with plans to exact vengeance on the land of Craih and conquer it once again.

The book is available here: