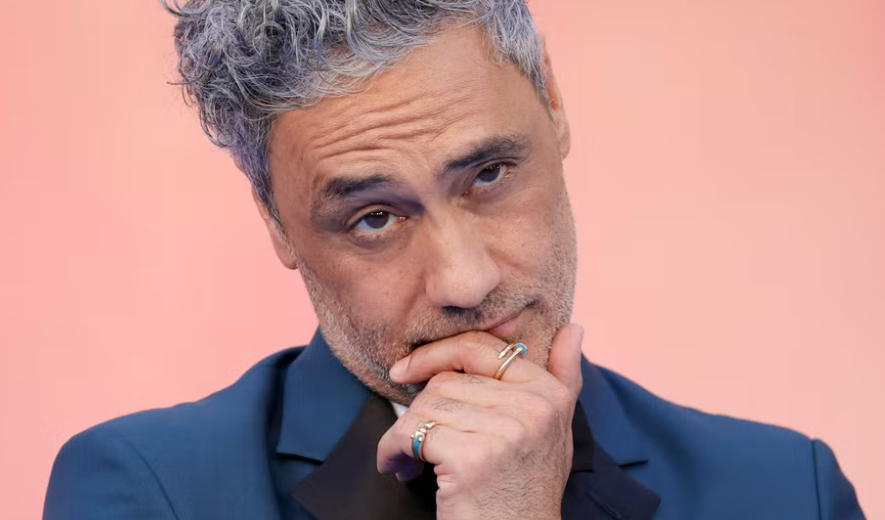 Taika Waititi, the director of Marvel’s “Gayest Movie Ever,” aka Disney’s “Thor: Love and Thunder,” is facing significant controversy over a number of previous tweets that woke activists have labeled “transphobic.”

dont u find it funny how twitter made taika waititi the symbol of non-toxic masculinity who destroys cishetnormativity when hes actually ur average transphobic piece of trash who tweeted stuff like this. mind u he was over 30 here so it doesnt really matter that it was 2013 https://t.co/RDsOlT8ffJ

The offensive tweets Waititi sent date back nearly a decade, before he rose to fame with Thor: Ragnarok and Jojo Rabbit, very reminiscent of the Kevin Hart cancellation campaign.

I hope he apologises for this, its absolutely disgusting, but I am just curious as to why and how this barely liked decade old tweet was found and for what purpose were they searching. I ask because I remember what happened with James Gunn, where an alt right grifter 2/3

In one tweet, Waititi made fun of the idea that guys could desire to dress up as women and compete in beauty pageants in a tweet that was published on January 13, 2013.

Here’s what you’re gonna do: You’re going to do your notes app apology round on all the major social medias; twitter, instagram, etc. You’ll stay silent for 5 days – no more, no less. Then, you’re going to contact Dave Chappelle’s security team, pic.twitter.com/bf8BM0MbTW

The U.K.’s Independent reported that Waititi used an obscure Thai word “Kathoey,” which has a “complex history of meanings related to transgender people, particularly women.”

“My trans friends can walk in heels. but you’re right, actual kathoey are better looking,” he tweeted.

also everyone saying they’re “not surprised” … okay, well lots of queer fans of taika waititi are, because he’s been such a vocal supporter of lgbtq+ folks as of late. it’s okay to be shocked if you are. it’s okay to be hurt. you’re not naive for not guessing this would happen

this is when taika waititi learned about gay people https://t.co/f3X5KwhtFH

The resurrected remarks sparked an immediate backlash on social media from woke-scolds who demanded Waititi apologize for what they considered hurtful jokes.

Those defending him are saying it was a long time ago and people change but it wasn’t that long ago, he was an adult and transphobia was already considered offensive. He hasn’t apologized and based on his Oscar movie and the Thor interviews he doesn’t really respect LGBT+ people. https://t.co/bKLhIpWbeN

Waititi wasn’t as well-known at the time, with his most notable roles being in the relatively obscure indie film Boy and a small part in Green Lantern, so those tweets didn’t draw much of a response. But as of late, reactions have varied from dissatisfaction to requests for an apology. But regardless of whether it’s offensive, does going back in time for a brief “gotcha” actually benefit anyone?

The recently unearthed tweets follow Taika Waititi’s recent efforts to win over the woke audience by including LGBTQ identity politics and homosexuality in his most recent Thor film. In an interview with Out Magazine, Waititi dismissed complaints that his film was “too gay” by asserting that EVERYONE possesses a “degree of queerness.”

“We’re all queer,” to told the outlet. “Just to varying degrees of where we are on the spectrum, I think. I think, innately, humans have all got some degree of queerness in them. […] With Thor, it’s great to be able to finally get Tessa’s character (Valkyrie), and my character (Korg) as well, where we’re both queer,” he said. “I mean, I’m just amazed to hear what my friends think of me. I’ll be like, ‘Hey guys, you’re looking at a little gay icon over here,’ and it feels really amazing,” he boasted.

This type of micro-scandal—online PR setbacks that never seriously endanger a career—usually has a similar pattern. In a standardized act of self-preservation known as repentance as brand management, the celebrity is obliged to admit their wrongdoing after the offending material is sufficiently disseminated online. Will Taika run the pattern play?