Will the New Frankenstein Series Surpass the Quality of the 1973 Mini-Series?

Scottish screenwriter Bradley McManus will pen this new take on the book, which is set to add “experiential elements” to update the story for modern international viewers.

This version of the classic novel, about a scientist who brings to life a monstrous creation, will seek to “capture the nuanced behaviours and obsessions of a scientist exploring the fine thread between life and death in the context of the contemporary scientific discoveries of the last decade – and more significantly, following a year of global dependence on scientific invention and breakthrough.” 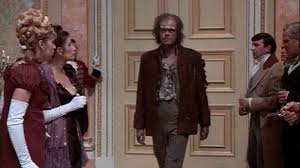 Some regard the 1973 NBC mini-series FRANKENSTEIN: THE TRUE STORY as the best adaptation of Shelley’s tale to date.