Will Disney’s ‘Moon Knight’ be as ‘Brutal’ as Netflix’s Marvel Shows? 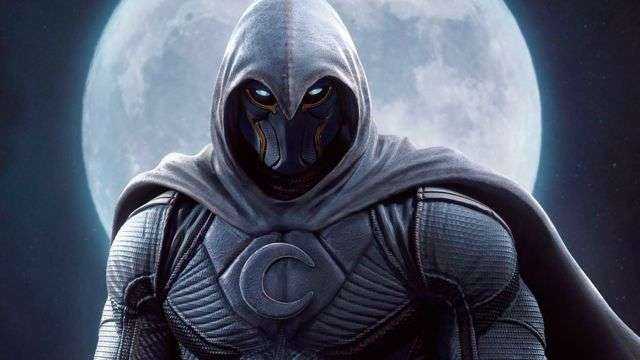 According to this Empire magazine report, following up on what Kevin Feige’s said about the new direction they’re taking with the upcoming Moon Knight TV series on Disney Plus:

There’s a harder edge to Moon Knight – aka Steven Grant, aka Marc Spector – that Marvel boss Kevin Feige isn’t shying away from. “He’s brutal,” Feige tells Empire, citing the streaming service as a space to expand what an MCU story can be. “It’s been fun to work with Disney+ and see the boundaries shifting on what we’re able to do. There are moments [in the series] when Moon Knight is wailing on another character, and it is loud and brutal, and the knee-jerk reaction is, ‘We’re gonna pull back on this, right?’ No. We’re not pulling back. There’s a tonal shift. This is a different thing. This is Moon Knight.”

Yet according to The Direct, the suitability rating is more along the lines of the MPAA’s PG-13 rating:

On the heels of Marvel Studios President Kevin Feige teasing Moon Knight’s “tonal shift” and its “brutal” character, some speculated that Oscar Isaac’s Moon Knight would receive a TV-MA rating. This is the rating held by Netflix’s six prior Marvel series, including that of Daredevil, whose stars recently crossed over into the MCU.

However, that no longer appears to be the case.

Following Feige’s statement and ahead of Moon Knight’s March debut, Disney+ has now listed the upcoming show with an official TV-14 rating, per the United States’ TV Parental Guidelines.

For reference, the TV-14 rating is described as Parents Strongly Cautioned and intended for children ages 14 and older in the company of an adult. Potential exists for intensely suggestive dialogue, strong language, and intense sexual situations or violence.

Now, while it’s true that Moon Knight’s “brutal” sequences and “tonal shift” are still possible given this rating, it’s also worth noting that every Marvel Studios Disney+ show – (WandaVision, The Falcon and the Winter Soldier, Loki, What If…?, and Hawkeye – has received a TV-14 rating.

[…] Now, in terms of violence, the difference between TV-14-rated violence and that of TV-MA is two words: intense and graphic.

Under TV-14, intense violence is allowed, while TV-MA rating television permits graphic violence. The difference? Graphic typically refers to vivid and heightened, realistic imagery, especially in terms of blood and gore. While intense violence also permits realism and the use of blood, it has limitations.

So what’s the use of telling us the new Moon Knight series is “brutal”? It sounds like it’ll be little different from the majority of comic movies and TV programs over the past few decades, which were anything but seriously adult in tone, when you consider how only so many rarely went beyond PG-13 for a rating, and only a handful to date have ever been R-rated. However, this does tell something about the Captain America-connected show they produced:

John Walker’s use of Cap’s shield in The Falcon and the Winter Soldier, and the imagery of that symbol dripping with blood, was something Marvel fans hadn’t seen in the MCU before, but it still fell within the TV-14 rating. It’s possible that this type of action is the norm within Moon Knight, as opposed to being a single scene.

Well as a matter of fact, this actually suggests they’re cheating with the ratings, recalling how, for many years, X-ratings and NC-17 ratings were unpopular with most filmmakers who apparently didn’t want to limit their movies to niche status as opposed to commercial, and there were doubtless some movies and TV shows over the years with content that could be thought bad for children that still got lower rating levels despite everything, all because commercialism is far more precious, even at artistic value’s expense.

But with somebody as pretentious as Feige in charge of this TV show, that’s why there’s reason to doubt it’d have any artistic value at all. Especially after the failure of the Eternals movie.