Why Would Red Sonja Comic Critics Complain About Her Sexiness?

I found some more examples of sex-negativity in reviews of comics starring or co-starring Red Sonja similar to these. For example, this Comic Crusaders review of Red Sonja: Age of Chaos’ 1st issue:

“The art is supplied by Jonathan Lau who delivers a mix of styles. At times, his Sonja has a John Romita JR. feel, especially reminiscent of his Typhoid Mary. At others, it can seem a little, not bland, but samey in the vein of a Dynamite house style. Between the two there is a level of disconnect, but for the most part the book feels like a mature book. Lau does well not to fall into cheesecake; the Chaos girls have a similar almost naked wardrobe as Sonja herself. The vibe of the book is generated by the excellent colors from Celeste Woods, who shrouds the pages and panels in darkness and shadows to great effect. Finally, letters are provided by Carlos S. Mangual who gets to layer word boxes over art in a way as to not to interfere with proceedings too much.” 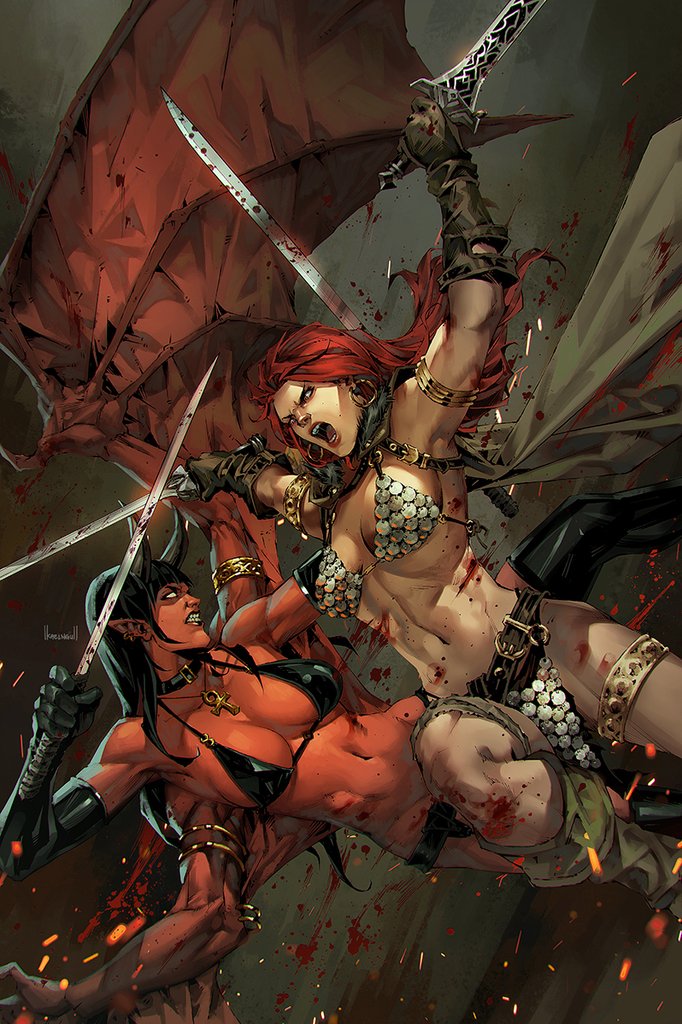 Oh, for heaven’s sake! The reviewer makes it sound like cheesecake is literally a bad thing. If cheesecake was ever intended as part of the marketplace Roy Thomas and Frank Thorne aimed Red Sonja at when they first developed the She-Devil with a Sword during the Bronze Age, that’s why this review is insulting to both them and the market they were selling it in. To make matters worse, the reviewer then proceeds to say:

This is an odd book in a way, as I am not certain who will enjoy it. There isn’t enough Sonja in it for Sonja fans and the explanations are unnecessary for Chaos fans. […]

In that case, why say you think it’s better if it doesn’t turn to cheesecake? If you believe the only the reason for such a comic being is to dole out gratuitous violence, then you’ve really scraped bottom. As does the following review from Sequential Planet:

It’s strange to admit this but I haven’t read much of Red Sonja over the years. The character has been around for almost five decades and she’s one of the biggest non-superhero characters in comics but my only real exposure before this issue was a mid-2000’s crossover with Spider-man. That’s partially down to not being a fan of the swords and sorcery genre but also due to her design. I would see her books in comic stores, the covers with this statuesque redhead in her chain mail bikini and it seemed like pure cheesecake. I like to give the benefit of the doubt though so when I saw the first part of this new mini-series was due out I decided to give Red Sonja a try. I’m glad I did. […] 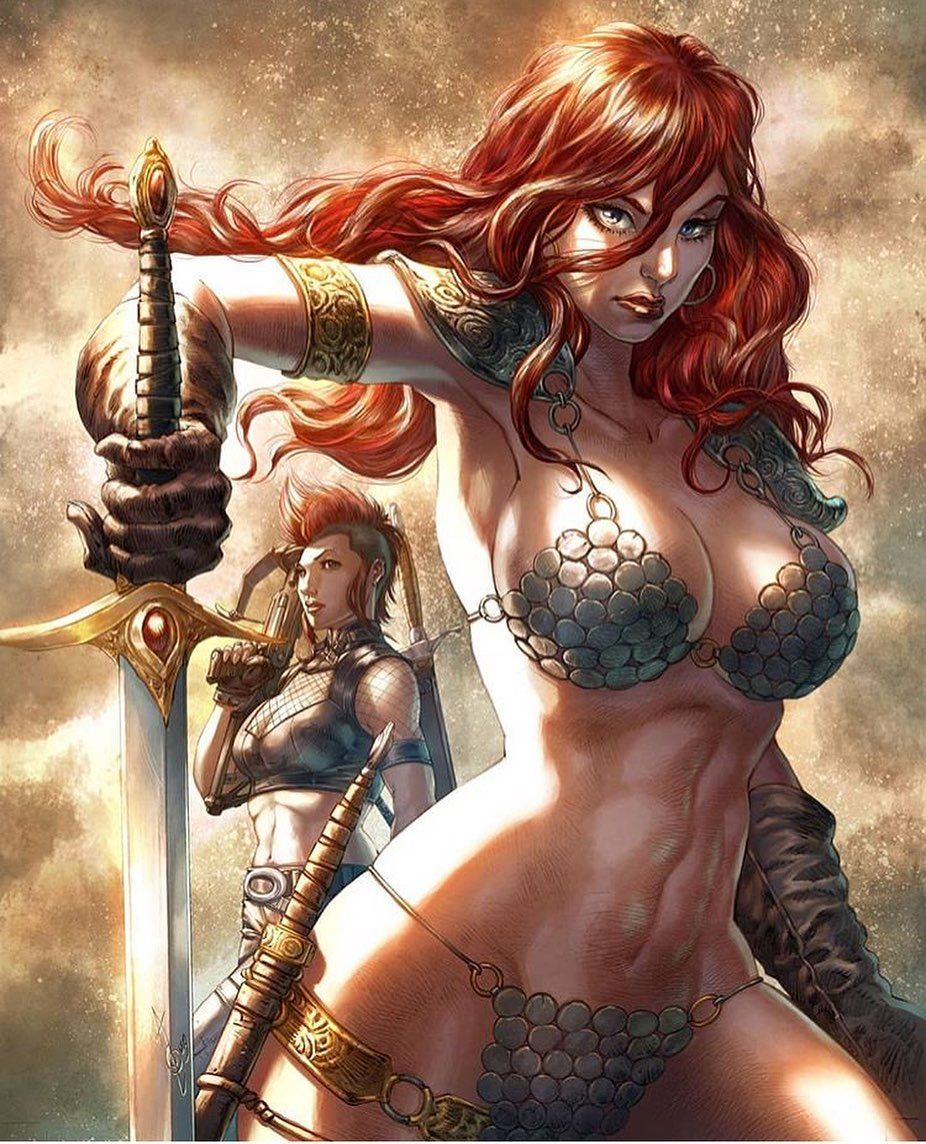 I think one of the things I loved most was Sonja herself though. The writing and the artwork by Lau really portray her as a legitimate, badass warrior. I was worried, especially due to the cover that this book would present Sonja as an idealised sex object. That worry was unnecessary though because from the very start they make her look and act truly intimidating. Yes, she’s attractive and in good shape but she isn’t walking around with pornstar proportions. She’s athletic like you’d expect a warrior to be and she has a personality to match. You might question the bikini armor but why shouldn’t a woman be able to dress the way she wants? Why can’t a woman dress scantily and still be a badass? That’s the feeling I get from the character. She’s a woman who completely owns her sexuality and would tear apart anyone who tries to take it from her. 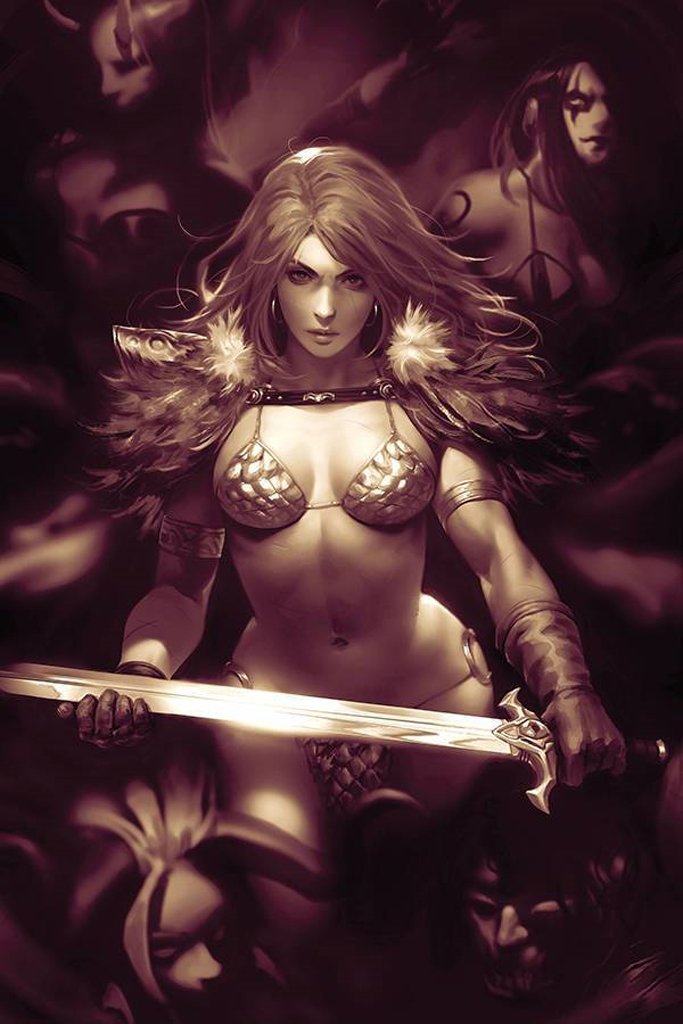 Since we’re on the subject, it reminds me that even famous artists of yesteryear like Superman’s own co-creator, Joe Shuster, once drew a controversial comic called Nights of Horror, which featured sexual material, and while it was most unfortunately exploited by Fredric Wertham, whom these reviewers teeter dangerously close to emulating, to serve his slapdash agendas, nobody damns Shuster as a scumbag today, save for the worst of moralists. Then again, I wonder if any modern SJW commentators really would be willing to turn against Siegel and Shuster after all the hard work they did, even for creating a girl who went on to become a sex symbol in her own right, Lois Lane.

The bottom line has to be: if you don’t like a certain genre and its components, don’t bother to give the creations in question even the slightest ounce of attention. It only makes you look like a laughing stock, like somebody who doesn’t know how to recognize that there’s both a good and bad side to sex and how it’s written and illustrated in fiction, and worst, it makes you look like an ingrate who won’t appreciate hard work by veterans. Including Stan Lee, who oversaw the production of Conan and Red Sonja when he was publisher for Marvel during the Bronze Age.