Why Would Star Wars Need to Get “Back on Track”?

Chairman of Walt Disney Studios Alan F. Horn recently spoke with The Hollywood Reporter, and had some curious things to say about Solo and Episode IX.

Disney has a formidable 2019 slate, with Avengers, Lion King, Frozen 2 and Episode IX. How do you manage expectations?

It’s always a challenge because — and I say this with love and respect for media — the thing about these big movies is they get a lot of attention, whether positive or negative. So when they don’t work, like Solo, the media says it’s a failure. I think it was a pretty good movie. It didn’t resonate as much as we’d hoped it would, but the press writes it up in a more negative way than I would.

What on Earth is Alan Horn talking about?

To this day the media is lauding Solo as a success despite its obvious failure.  And Netflix is touting Solo as critically acclaimed.

Will Episode IX get Star Wars back on track?

I just got back from the United Kingdom, which is not so united. (Laughs.) I went to the set, and was with J.J. [Abrams], Kathy and the cast. I watched a couple of scenes being shot and then we all had dinner. I have not seen a cut of it yet, but I watch dailies every weekend and send J.J. and Kathy a note every weekend. It’s a big deal, and it’s going to be terrific.

What will the next Star Wars movie be after Episode IX?

It’s all in discussion.

Back on track?  Back on track from what?  Why did this reporter say such a thing? I thought everything was hunky-dory for Disney, Lucasfilm and Star Wars.  Box office success, critical acclaim, etc. What on Earth would Star Wars need to get back on track from?  I thought it was only a “tiny vocal minority” who had a problem with the current direction? 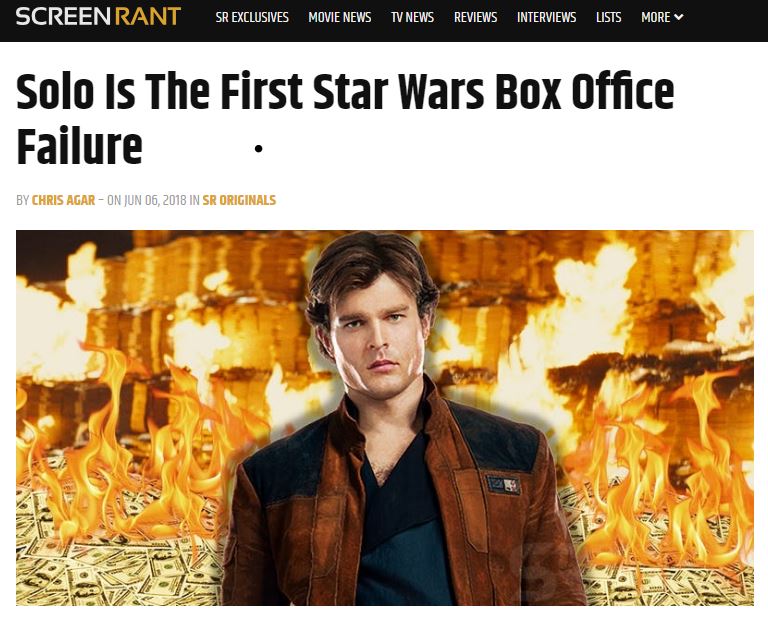 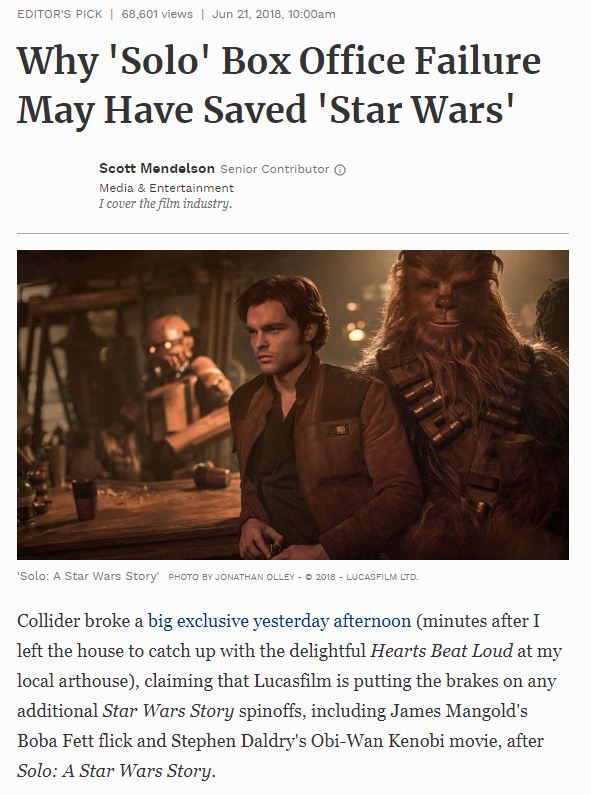 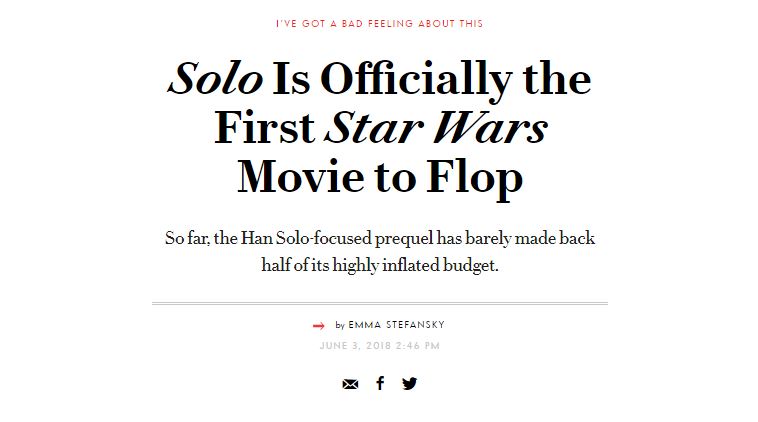