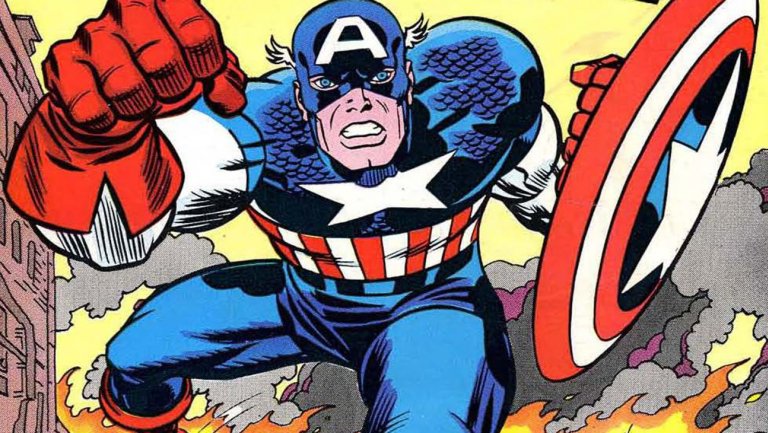 Sadly, the personal narrative of a black man who hates white Americans was once again on display in last week’s “Captain America” #13, by Ta-Nehisi Coates, Jason Masters and Sean Izaakse. The latest appearance of the Watchdogs, a right-wing domestic terrorist group with new costumes emblazoned with bigotry (half of the Confederate flag emblem) is only the latest commentary on race in your funny books from someone who thinks anyone who didn’t vote for Obama must be a racist.

There must certainly be a very large portion of comic book consumers that like to read about spandex with heavy doses of political social justice, because Marvel has been cranking it out lately. It started long before they hired Coates, however. Most of our readers have insisted that the intersectionality of social justice and commerce at which superhero comics exist these days is becoming a place they no longer want to go, and they won’t be sharing these titles and once beloved properties with their younger siblings, friends, or children.

Of course, everyone knows this isn’t the first time Captain America has been used as political propaganda, but were Golden, Silver, and Bronze-Age comic writers just far better at subtlety? It’s awkward that these in your face political narratives have become an overused trope at this point and just a bit too on-the-nose in such a politically divided country. C’mon, Marvel. Hasn’t Cap tussled with racist white right-wing bigots at least 3 times in the last couple of years?

And does Marvel even care any more?

Here’s what Editor in Chief C.B. Cebulski had to say to the press when he hired Coates to take over Captain America:

“Finding the right voice to tell the tales of Marvel’s beloved characters is never an easy task, but when it came time to hire the new hand to guide Captain America, we just knew it had to be Ta-Nehisi Coates! After re-inventing the Black Panther for the modern era, Ta-Nehisi now brings his sharp scripting sensibilities to Steve Rogers and his new place in the Marvel Universe. With Leinil Yu and Sunny Gho bringing all the incredible action to life in big, bold visuals, you will not be able to put this book down. And our launch is timed perfectly for release on the Fourth of July!”

This ongoing title is Coates’ fourth comic book series since only joining Marvel in 2016. His ‘Black Panther’ was first, which then renumbered in 2018, and his World of Wakanda and Black Panther & the Crew were both cancelled due to exceptionally low sales. In fact, his Captain America isn’t exactly burning up the sales charts either, selling around 35,000 issues to stores each month, but that’s far more than the 20,000 issues or so that Black Panther is moving each month. It’s no wonder since Mr. Cebulski’s July 4th enthusiasm wasn’t shared by many comic book fans. Last year ‘Just Some Guy’ (a popular Youtube personality – who also happens to be black), had the following to say:

“Are you ready for the wokeness??” This book is just bad.”

In the latest issue in stores last week, Steve Rogers, Sharon Carter and White Tiger argue whether it’s morally right to intervene in the activities of a Confederate flag wearing, far-right terrorist group called the ‘Watchdogs’ and their harassment of Latin American, illegal border crossers. You can be forgiven if you’ve confused this bigoted right-wing militia with that other one from Sam Wilson #1 (2016) where Captain America (portrayed by Wilson) was protecting illegal immigrants from bigoted, Trump-worshiping conservatives  – that was the Sons of the Serpent.  Or maybe you thought I was referring to The Rampart, that group of white supremacists villains we met in Captain America #695, but that was only 18 months ago.

Maybe Marvel only does the racist bigot villain trope every third arc?

If these Watchdogs do sound familiar, it’s because they, as Sharon Carter reminds us in the issue, have been a thorn in America’s side before. The group first showed up in Captain America #335 back in 1987 during the legendary Mark Gruenwald’s decade-long run on the book. They also turned up in recent seasons of Marvel’s Agents of S.H.I.E.L.D TV series. Maybe some writers occasionally send an email to editorial asking “find me another established group of white bigots that are already canon so I can use them as my villain for the next six months!” 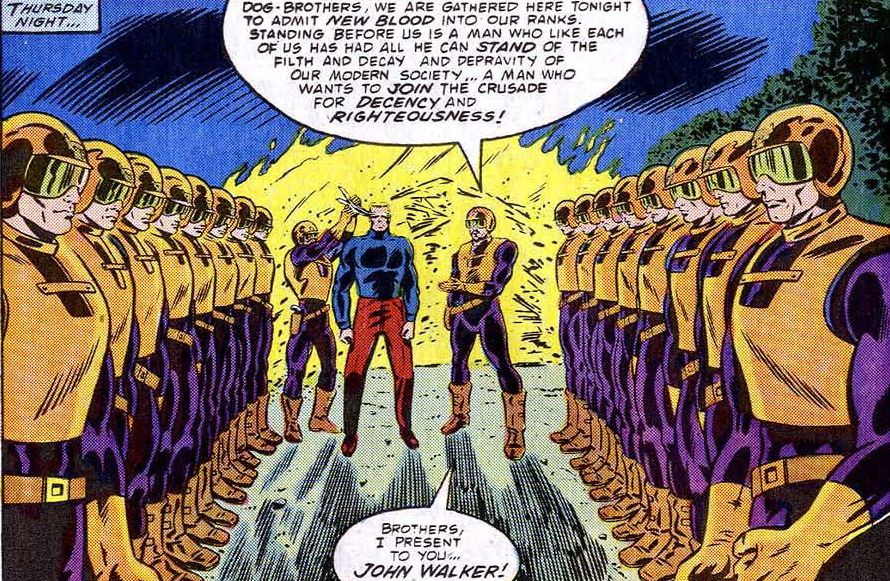 Coincidentally(?), the Watchdogs original appearance was also during an era when Steve Rogers also up the Captain America identity. Back then it was because he didn’t agree with the U.S. Commission’s plan for him. The organization gave the gear to John Walker instead who worked with Lemar Hoskins as his Bucky. Now, Coates and Marvel have devolved the once beloved Sentinel of Liberty from being a fascist America-traitor (Hail Hydra!) to an anti-hero who openly denounces America. About what you’d expect from a writer who insists that the election of Donald Trump was a result of—you guessed it—racism.

Is this sort of straight-up, anti-white racism now within the acceptability of ideological funny books under Marvel’s new “lifestyle brand”? Funny how it’s always conservative, right-wing villains and racism now. Where are the environmentalist terrorists, the left-wing terrorists, terrorist groups like ISIS, or even some misguided Antifa fascists? There are PLENTY of established characters that fit those bills, but we just don’t hear from them anymore…

There seems to be a trend in the publishing and entertainment world to revere and promote radical black voices like Coates, and Marvel Comics has fallen prey to this temptation as they lurch further and further to the left in their ideas creativity, and hiring practices. It’s as if the anger within Coates itself is worthy of respect, and his expressions of outrage, no matter how vicious, brazen, ignorant, or racist – are markers of “authenticity.” Unfortunately for Marvel, most people who read comic books that aren’t steeped in this kind of ideology read Coates’s words and see something else…

This is a man who when asked by Steven Colbert if there was any hope for America, he said “no”. As he sees it, white supremacy is so foundational to America that it will be impossible to ever eradicate it. And progressive publishers like Marvel Comics seem to have decided that it is Ta-Nehisi Coates’s job to use their funny books and superheroes to teach us all there is to know about white racism in America. This is the same writer that criticizes dead pop idols fashion choices (Michael Jackson), or attacks outspoken hip-hop artists’ political choices (Kanye West), by accusing them of trying to become white. Is he the arbiter or what makes a black person sufficiently black?

Which brings me back to the question, why did Marvel Comics hire this man to write Captain America? 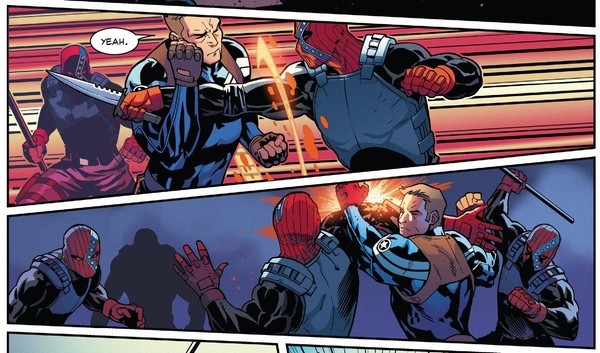 Steve Rogers has generally been portrayed as an idealist who embodies America as it could be and should have been. How utterly disappointing that C.B. Cebulski would hire someone who seems to enjoy tearing down and deconstructing America in a way that supports his own America-hating personal narrative while shattering the idealistic views of one of Marvel’s best known legacy superheroes, one that so many generations have enjoyed as the living embodiment of the very best of this nation.

Stop giving money to people who hate you.