WHY? New Wolverine Anthology Places Logan in the Middle of 9/11

Almost 2 decades after the tragedy of September 11, 2001, Marvel’s written up a story in the 2nd volume of Marvel Comics Presents#7  seemingly tying Wolverine’s history to the era of the World Trade Center’s destruction. Our doppleganger website reported the following:

In The Vigil, Wolverine has been fighting the demon Ron Killings once per decade, every decade since the 1940s. The story, originally ostensibly in continuity though seeming less so considering the major changes made to Wolverine’s history, including getting a bunch of X-Men killed in the 90’s and having a daughter (with a woman he met as a child – yuck), not to mention the fact that the stories play out in real time, not Marvel time. In any case, in Marvel Comics Presents #7, The Vigil gets to the 2000’s, and since The Truth appears at some of the most terrible moments in human history, it seems natural to assume that this decade’s appearance will be at the World Trade Center attack on September 11th, 2001.

And here’s a panel from the interiors: 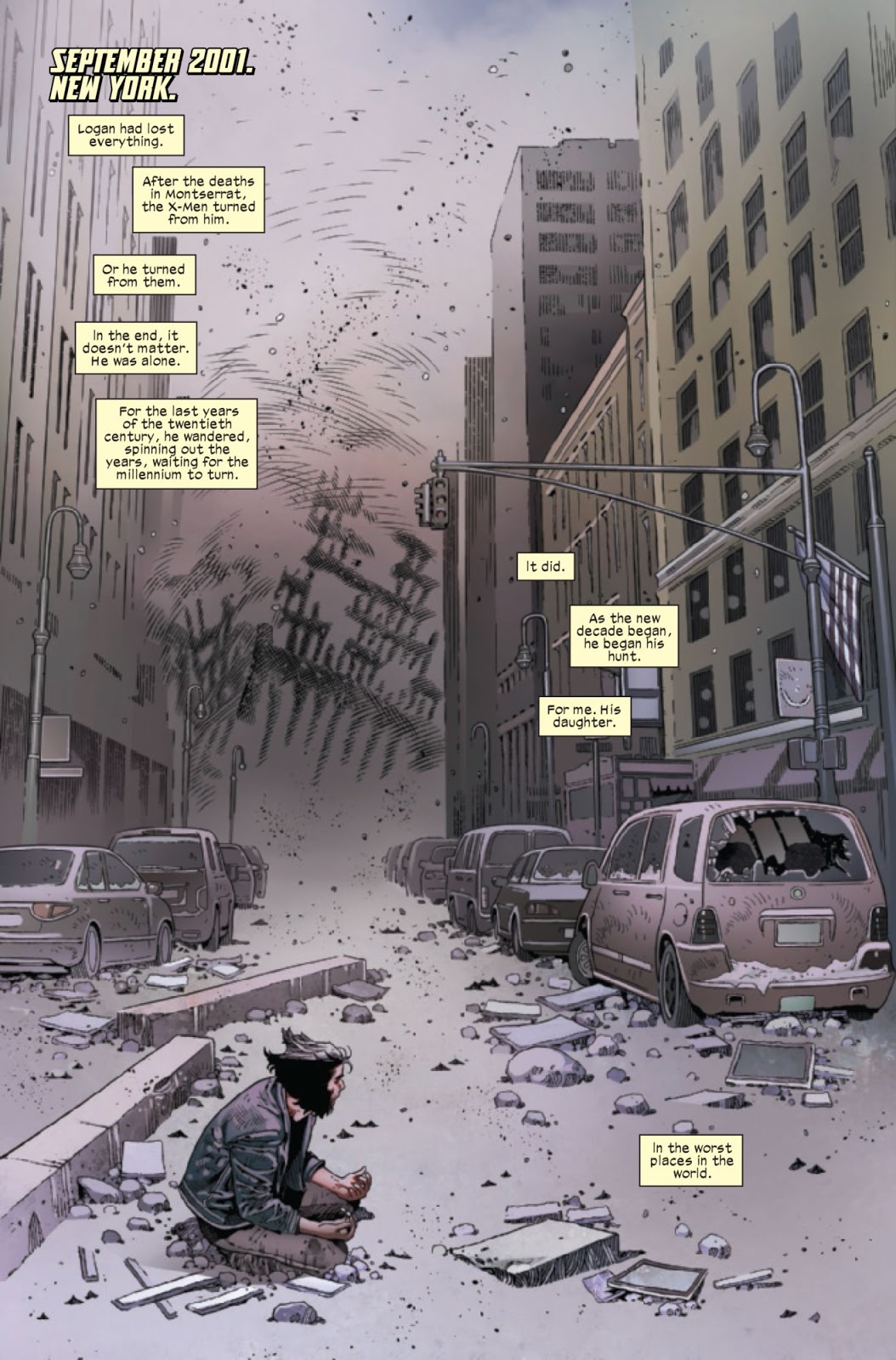 A not unexpected followup to an earlier story I wrote about that was set during WW2 is in this same anthology series.  I wouldn’t be shocked if there was no mention of Islam’s role in the modern tragedy, which is merely one more reason why this is bound to be as awkward as it was to put the Marvel universe in the middle of 9-11, as J. Michael Straczynski and Joe Quesada did in the notorious Spider-Man issue #36 from late 2001.

As I asked once before, and will again, is the The Truth supposed to represent a leftist idea of what amounts to facts? Quite possibly. Which will confirm Marvel’s still bent on the injection of leftist politics into their books, subtle or otherwise. Something we could do without.

And the idea of Wolvie being responsible for leading several other mutants to their deaths of, and possibly having sex with an underaged girl…ugh. That’s not making things any better either.