Why is Frank Miller Going into Comics Business with Dan DiDio?

Anybody who’s a realist surely knew a figure as bad as DiDio wouldn’t stay away from the comics medium for long, much like Bill Jemas later returned with a venture called AWA, which seemed more like an excuse to produce comics intended for movie adaptation. But what’s really dismaying is that Miller would join forces with DiDio, as announced by the Hollywood Reporter (via Cosmic Book News and Bleeding Fool):

After decades of working for DC, Marvel and even indie publishers such as Dark Horse, creator Frank Miller is striking out on his own and launching a publishing banner.

Named Frank Miller Presents, the company will have the writer-artist behind The Dark Knight Returns, Sin City and 300 acting as president and editor-in-chief, with the goal of creating and curating a line of comics that hopes to capture Miller’s distinct visual style while also working with a range of talent, from comics veterans to rising artists.

The company has been quietly in the works for months, if not years, and is coming to the launchpad with several titles, including a new Sin City comic and a return to Ronin, the sci-fi samurai creation Miller wrote and drew prior to finding mainstream crossover success with Dark Knight.

I vaguely remember reading Ronin myself many years ago, but can’t say it was such a big deal today. Though I must say, I had no idea Miller still retained the creator rights to the story, seeing as it was originally published by DC in 1983, some time before they launched the Vertigo imprint that became a creator-owned line, and I’d assume what was published under the DC banner at the time would’ve been under their ownership, unless they’d launched a special imprint like Marvel did with the original Epic line, which lasted about a decade, and Jim Starlin’s Dreadstar was originally published under that. But what’s galling about this news is who Miller’s partner is in this venture:

Joining Miller in the new venture is Dan DiDio, who acted as co-publisher of DC from 2010 to 2020 and will now serve as publisher at FMP. Silenn Thomas, the CEO of Frank Miller Ink, will serve as COO of FMP.

“Investing in artists and the future of comics has always been my one true passion and creative calling,” Miller said in a statement. “Dan, Silenn and I couldn’t be more proud to be launching Frank Miller Presents, which will serve as fertile ground for storytellers and new creations. Our focus for this publishing company is to cultivate a fellowship of artists and writers to mentor, collaborate and push forward not only each other but the art form as well.”

After all the harm DiDio did to DC in nearly 2 decades, this doesn’t impress me any more than learning Jemas would open his own publishing outfit. At worst, it suggests Miller’s got no real issues either, despite how, at the time Miller originally wanted to write Holy Terror as a Batman story, DiDio was the EIC, and obviously did nothing to back Miller any more than Paul Levitz did. Rather, since that time, DiDio oversaw the introduction of a politically motivated Muslim Green Lantern, authored by Geoff Johns. Ever since, DC’s become even more of a wokefest. 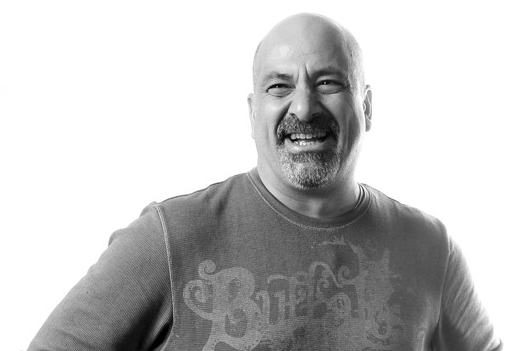 And here’s something fishy about Miller’s other recent ventures besides comics themselves:

In recent years Miller has focused on screen work and had the YA reimagining of the King Arthur myth he created with Thomas Wheeler, titled Cursed, adapted as a Netflix series in 2020. He and Thomas acted as exec producers.

Wow, does that stand for Young Adult? Well I’ve been aware Miller boomeranged back to the left, and practically made a point of Trump-bashing along the way, so maybe this isn’t such a surprise either. And he worked at ultra-woke Netflix, no less. What can I say? Here, Miller had a chance to take a firm path that’d defy political correctness, and instead, he groveled back to the left-wing, for all the good it did him if we recall how a UK convention shunned him.

When Miller does stuff like this, succumbing to PC and teaming up with unrepentant trojan horses in publishing ventures, it makes it hard to care what he’s working on now, since for all we know, it’ll probably turn out to be something hardly worth the effort. I for one am certainly discouraged from buying anything by Miller’s new outfit if DiDio’s in charge of the publishing, and I’m sure there’s other people who feel the same way. Miller really knows how to be a letdown.