The actor who played the Flash in the DCEU franchise recently caused another ruckus in Hawaii, as relayed by the BBC:

US actor Ezra Miller has been arrested after allegedly assaulting a woman in Hawaii.

The Fantastic Beasts star threw a chair at the woman, leaving her with a cut to her forehead, according to police.

Miller was arrested in the early hours of Tuesday morning for second-degree assault at a private property in Pahoa on Hawaii’s Big Island, after reports of the attack.

[…] “During the course of their investigation, police determined that the individual, later identified as Ezra Miller, became irate after being asked to leave and reportedly threw a chair, striking a 26-year-old female on the forehead, resulting in an approximate half-inch cut.”

[…] according to reports from Rolling Stone, Warner Bros and DC executives met after Miller’s first arrest, agreeing to pause any future projects with the actor.

Some of the most bizarre things about Miller, if the BBC report is to be taken seriously, are that he supposedly supports gun rights, yet he identifies as non-binary(!), and uses the pronoun propaganda started by LGBT activists for self-description. Clearly, a most insane person indeed, and tragic he was ever hired in the first place, surely without any background check or proper morality clause vetting. As of now, he’s merely been fined $500 by local authorities for his assaults, and why are any of his victims letting him get away with it that easily? 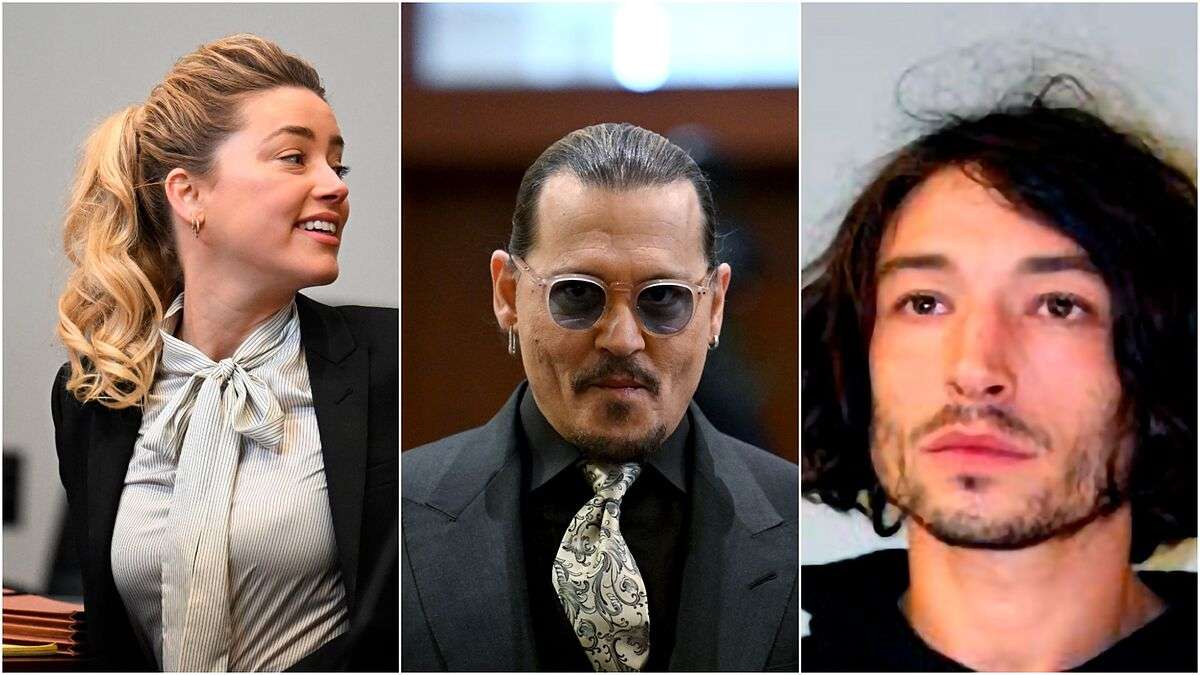 Marca addressed the subject in an op-ed, and says it’s disturbing how WB’s retaining Miller and Amber Heard, even as Johnny Depp gets shunned:

Warner Bros has been making executive mistakes for the better part of the last decade, and they certainly made three mistakes with Amber Heard, Ezra Miller and Johnny Depp. These decisions came as they caught wind of the smallest hint of bad press coming towards them before doing a proper investigation.

[…] Initially, there were reports of Amber possibly losing her role as Mera in the ‘Aquaman’ franchise but she has kept her job until now. Depp lost his role as Grindelwald in the ‘Fantastic Beasts’ franchise. Disney immediately dropped Johnny Depp’s contract with the ‘Pirates of the Caribbean’ franchise. If the trial goes in Johnny’s way, both companies will have to issue apologies and Depp could even file lawsuits against the two of them.

What if they don’t? The sad reality is, they lost their moral compass long ago, and now the chickens came home to roost. But, after all this dreadful news, will they at long last sever ties with such hoodlums? They could’ve done so long ago, yet in PC steps that have been commonplace for a long time now, they kept hiring these scum.

The recent merge with Discovery brought a lot of new ideas and hopefully better decision-making skills. After all, they don’t want to seem like the company that keeps real-life villains and fires folk heroes. It’s just bad press for them.

Admittedly, that WB’s board of director decided to cease all associations with Miller for now is fortunate. But it likely won’t be the last time we’ll be seeing this kind of hypocrisy in motion anywhere in Hollywood, though for now, WB will certainly have difficulty releasing the planned Flash movie and Aquaman sequel with serious fanfare. Who knows? In the end, they may just be released on cable TV streaming services.

Cool, now do something about Amber Heard. https://t.co/D1K0ZxyETI