Why Does Valiant See Heather Antos as a Good Choice? 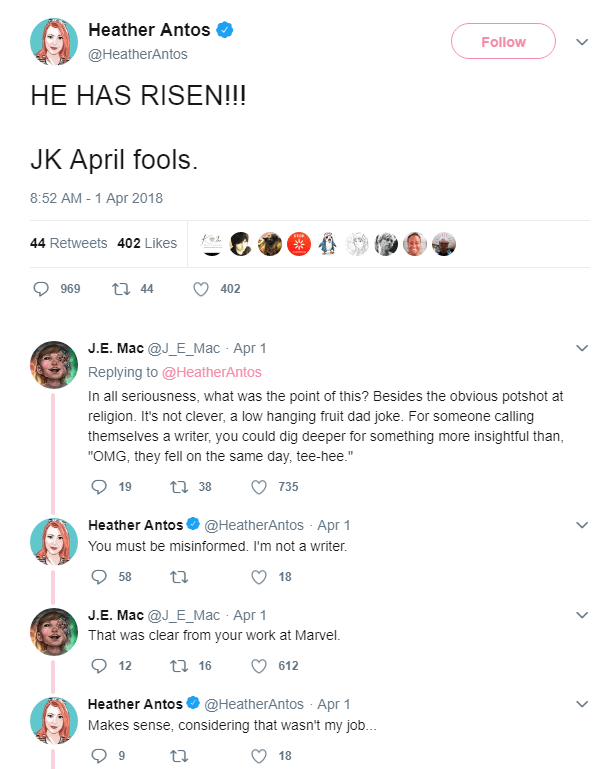 The former editor at Marvel who was seen as a negative influence has now been hired by Valiant:

Valiant Entertainment has begun staffing up in the wake of losing its executive editor last month, with former Marvel editor Heather Antos signing on to the company.

Antos worked at Marvel from 2015 through early 2018, predominantly on the successful Deadpool and Star Wars lines alongside senior editor Jordan D. White. She left the company in March to serve as editor-in-chief of e-sports company Unicorn, but maintained a freelance comics editor position with Image Comics titles including Redlands and Bitter Root.

Hmm, what did Image see in her either? She was one of the worst pushers of feminism and social justice during her time at Marvel, though IMO, what’s actually more galling is her lenient standing on disgraced Dark Horse editor Scott Allie. And then she had the gall to complain about sexism and cybertrolling? 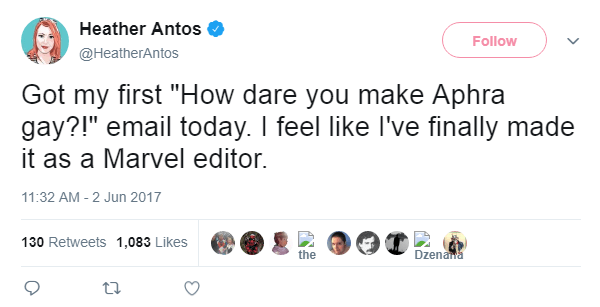 Predictably, Comics Beat gave her a most gushing interview (and because the site’s become so unbearable lately, that’s why I’m not using a direct link if I can help it), where she told them the following:

Lu: In addition to your work at Unikrn, you’ve also worked as a freelance editor on a number of notable comics projects including Redlands, Bitter Root, and Injection. What were some biggest lessons you learned about comics editing during your time at Marvel that you took with you into the next step of your career?

As an editor it’s so important to remember that at the end of the day…it’s just comics. If you’re not supporting and caring about the people making them, the books will suffer for it. Life happens, creators need breaks, realistic schedules, and vacations. As an editor, I truly believe it’s my job to handle all of the other bullshit that goes on behind the scenes of making comics so the creators sole worry is telling the best story possible – and nothing else.

And we all know what kind of “help” that was. Blatant censorship of art several times, and no right-wing visions allowed. Though what really made her such a turnoff was when she played victim cards, like in the milkshake manufacturing. It didn’t sound like she particularly cared for any of the contributors she worked with either. And what makes this laughable is when she starts telling everybody to recall it’s “just comics”, which is a very weak defense if we took Secret Empire as an example. During the Axel Alonso years, they told some of the worst stories, and it hasn’t improved much even now. 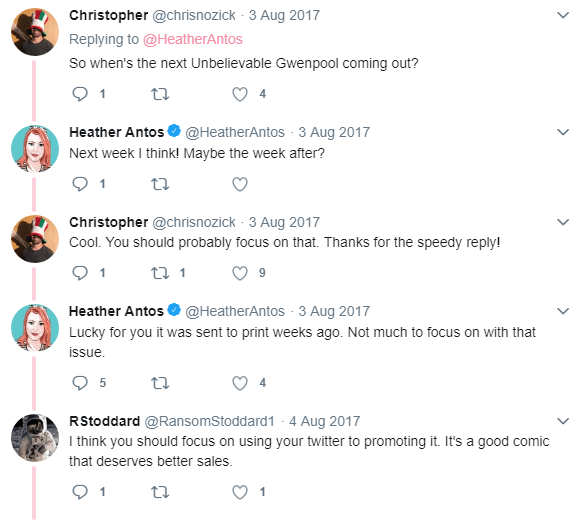 Lu: Absolutely—but it’s important to take care of yourself too, I think! What are some of the best practices you’ve learned to help balance the needs of your creators against the needs of the publishers? And how do you make sure that you keep your own sanity in the process?

Antos: Uh…a lot of coffee and therapy? [laughs] As someone who has a bad habit of answering work emails at 3 a.m., I might not be the BEST person to answer this question. But as any creative person knows, it’s super hard to turn off “work brain” – for us, stories are everywhere, the inspiration is out there waiting for us. That’s why I think it’s super important to have boundaries. I’m a big advocate for turning off all social media notifications so that you’re not always bombarded by online comments, only seeing them when you choose to log on. I think it’s also important to remember that, at the end of the day, it’s just comics – not brain surgery. This is not a job that means “life or death” for anyone, so when things get stressful I find it super helpful to take a step back, breathe deeply, and remember that comics are supposed to be fun. Don’t panic, it’s just comics.

All coming from somebody who apparently forgot. I don’t know what Valiant’s current management sees in her, but not only do they seem to have lost audience interest these days, I don’t think many will find her joining their staff very encouraging. In the end, some will say that at least she’s no longer working at Marvel, and for all we know, C.B. Cebulski must’ve been disillusioned with her too, explaining her departure in part. 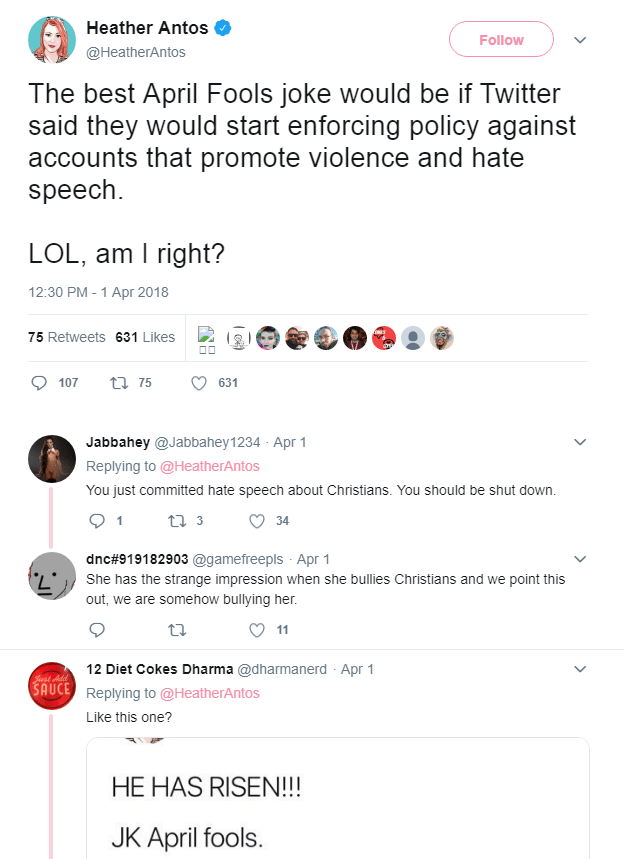