Why Did Disney Dismiss These Kick-Ass Stormtrooper Designs?

Here is a First Order soldier from the Stay Puft Empire. 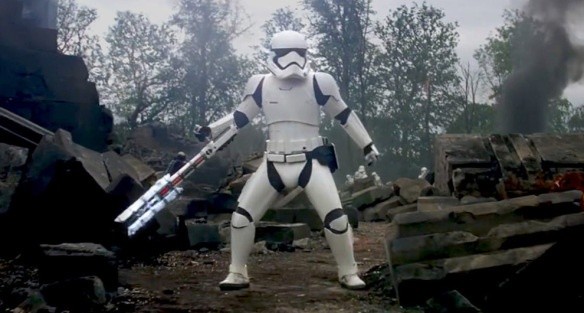 And below is a fan rendition of redesigned stormtroopers for a new era: 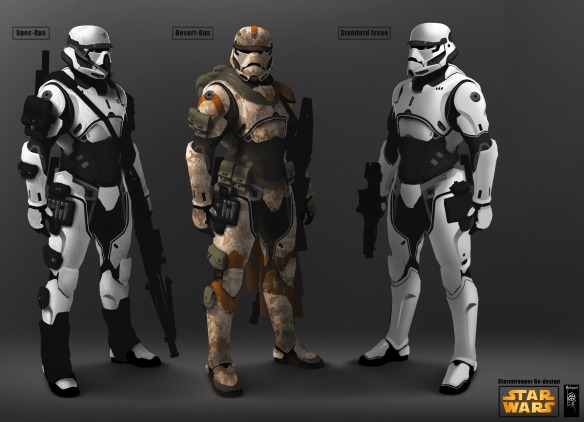 This is vastly superior work to anything that Disney has presented thus far.  It looks like a natural progression of what one might find on the battlefield 30 to 40 years after the Battle of Endor.

But why would this design (by Mohzart) never see the light of day in Disney material?  Toxic masculinity.

If you look at the Disney Trilogy stormtrooper in the image at the top of this post, what you’ll see is the removal of the prominent male chest features and the removal of the male codpiece from the Original Trilogy designs.  This almost certainly was no mistake, as it gives the Disney Trilogy stormtrooper a marshmallowy, gender-neutral appearance.

So once again we see that fans are producing superior work, and that Disney material need not ever be purchased.

Thanks to Miserable Sack Of Salt for the tip.