Why Comic Adaptations Are More Popular Than the Source Material

Fortress of Solitude wrote about why comics movies are popular, but not the comic books, and moviegoers won’t check out the zygotes. Among the reasons they cite for why the stark difference between what’s successful and what’s not, there’s this:

For one, there’s the reality that most people don’t read nowadays. If you don’t believe me, hit the comments section of this article on Facebook and see how many people bothered to read all the way to the end before commenting. We live in an era of abundance, instant gratification and pure laziness. Why use your brain to read a comic book when you can watch Kardashian sisters sobbing and fighting with each other about a pair of boots on TV? It’s a behavioural thing, which requires an attitude change.

Then, there’s the problem of where to start with comic books. The biggest question I receive from people who want to start collecting and reading comics is, “Where do I start because it’s all confusing?” It isn’t a lie. There are far too many reboots, #1s and confusing timelines in comics. If you aren’t a regular reader, you’ll feel intimidated and lost. This hasn’t fallen on deaf ears, though, as the likes of Marvel and DC have introduced new comic lines that don’t require readers to understand all the twists and turns over the years.

If they’re talking about the Ultimate line, the original one was cancelled nearly 5 years ago, but even that got tangled up in cynicism and its own confusion of tangled storylines. But if famous superhero lines are what concern them, then here’s my challenging question: why don’t they recommend the older material from the Golden/Silver/Bronze Ages? Plenty of which can be obtained in trade collections today, both paperback and hardcover, and even in the weakest moments, there is what to hold one’s interest from back then. Let’s take the Legion of Super-Heroes and Doctor Strange tales from the times, for example. Why not recommend those? It’s not enough to just ask “where do I start?” It also has to be, “what books from what eras?” and cite some exact locations. Besides, one of the advantages many of those classic tales have is that they were usually self-contained, and either they were done-in-one, or if the story extended into more than one issue, it was rarely more than 3-4 parts. 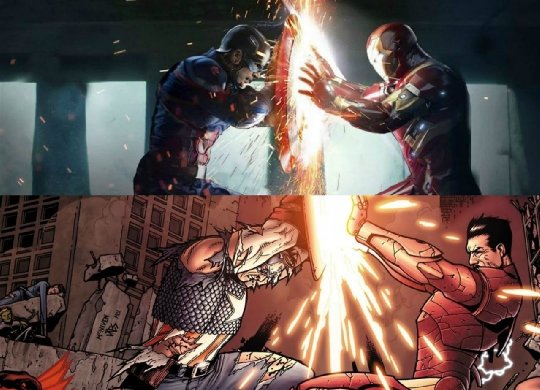 They’re correct about the endless reboots and relaunches, all done without even trying to market the victimized series as miniseries rather than ongoing, which could offer a modicum of cohesion. But considering how truly awful much of the mainstream’s become in more than 2 decades, that’s why there’s no point recommending any of that. What deserves primary attention is the earlier material, especially the original beginnings for many of the superheroes.

Not mentioned here is the line-wide crossovers, also a serious cause of damage for mainstream superhero fare. If those aren’t stopped for real, that’s another reason why nobody’ll know where to start, because crossovers have made self-contained stories nigh impossible. Another point made:

And finally, the film-makers don’t always help matters. It’s disheartening to see actors and directors admit they’ve never read a comic book or even credit the creators for what they’ve done and are doing. Look at Jennifer Lawrence, who couldn’t even name five X-Men characters in an interview; it’s evident she’s only in it for the cheque and couldn’t care less about the characters. These film-makers have a responsibility to shine the light on the people who made it all possible—not just the late Stan Lee, but every artist, writer, letterer and colourist who inspired a storyline.

True, though I would argue there’s a lot of more recent contributors whose work is worthless compared to the Golden/Silver/Bronze material, and unfit for adaptation at all. If Greg Rucka’s writings were ever adapted for film elements, I wouldn’t consider him somebody to shine so much as a pocket flashlight upon. After all, wasn’t he one of the writers behind the loathsome Countdown to Infinite Crisis, which saw Ted Kord, the 2nd Blue Beetle, getting blown away by Max Lord? That kind of mean-spirited storytelling is exactly what’s brought down superhero comics, and in fact, it’s just what I would NOT recommend any sane person start their reading experience with. To read that kind of trash would only be to come away with the impression that the medium is all about nastiness and misery. And that’s exactly what comicdom has to avoid. The mainstream publishers certainly aren’t helping, of course. 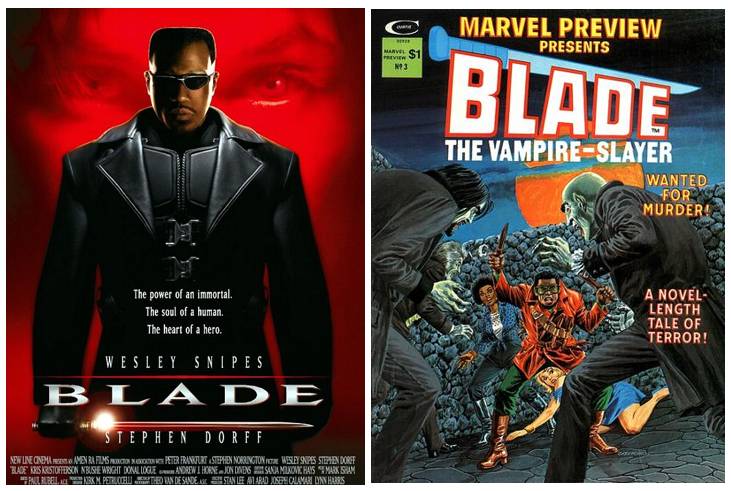 They’re correct about filmmakers who aren’t genuine experts with the comics they adapt, but seeing how the Marvel movie brand may be on its way to sinking from the success it initially had in the past decade, that’s why it may eventually get to the point where one needn’t worry much about it anymore.