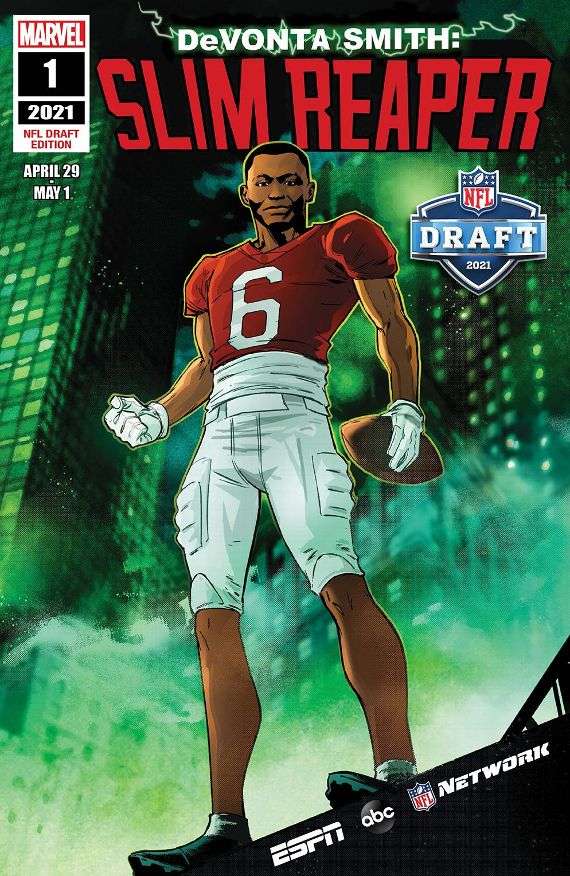 Who wouldn’t want to be part of the Marvel Universe?

The epic comic books and films have drawn in millions of fans to follow the latest adventures of an array of Super Heroes — literally something for everyone.

In much the same way, millions of pro football fans are eagerly awaiting new arrivals — via the 2021 NFL draft. Hope springs eternal, and even the worst of teams can begin to turn around its fortunes with a well-chosen rookie class. 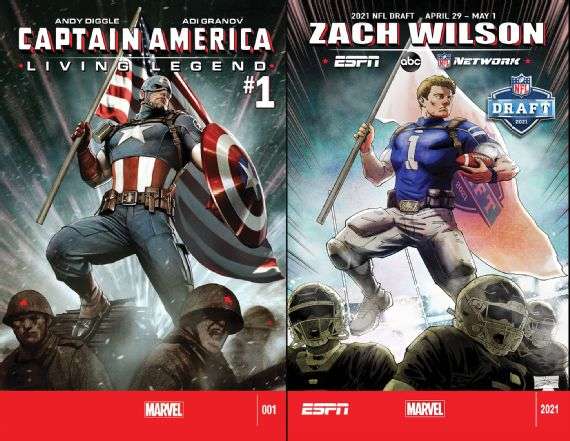 This is one of the same sports movements where an alarming number of players knelt during the USA National Anthem in the past few years, and we’re supposed to care Marvel is paying tribute to a nationwide sport representation with homages to previous covers starring MCU characters? I’m sorry, but what’s happened with sports movements like theirs in this day and age makes it too discouraging to appreciate this project, and besides, it doesn’t guarantee the story under the cover will be any good. 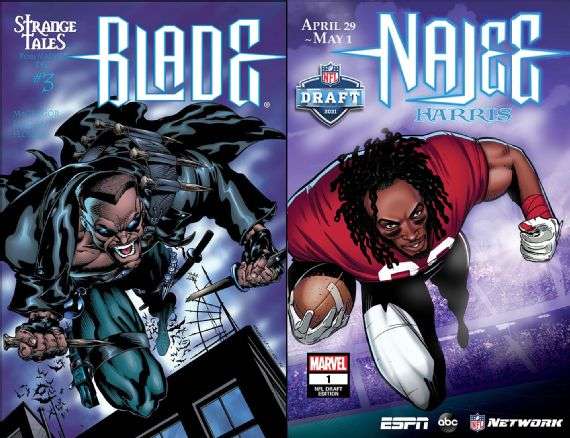 If anything, this is another example of too much attention being given to coverscans for variants and other specials, all without ensuring the story will be worth the price on the cover itself, which is getting too expense by now. And despite what they’re saying, it’s long been apparent the comics aren’t drawing in millions, and there isn’t something for everyone in mainstream.