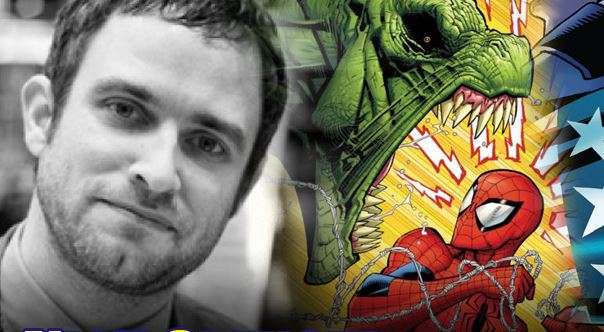 According to Inverse, in a fishy article penned by Whisper Network propagandist Graeme McMillan, the Substack webhost’s special project for getting into comic publishing is allegedly fumbling, and they also have something most intriguing to say about Nick Spencer, who was hired by the company to work on their venture (as Penny Parker mentioned last month that this attack was already in the works…):

SUBSTACK’S MOVE INTO COMIC BOOK PUBLISHING WENT ABOUT AS WELL AS MARVEL’S 2017 DECISION TO MAKE CAPTAIN AMERICA A NAZI.

A big reason why: Nick Spencer, the same controversial comics writer who penned the poorly received but high-selling Secret Empire arc, and later ran for political office on a platform of defunding schools to pay for cops (more on that later), is leading Substack’s foray into the world of superheroes and webcomics. 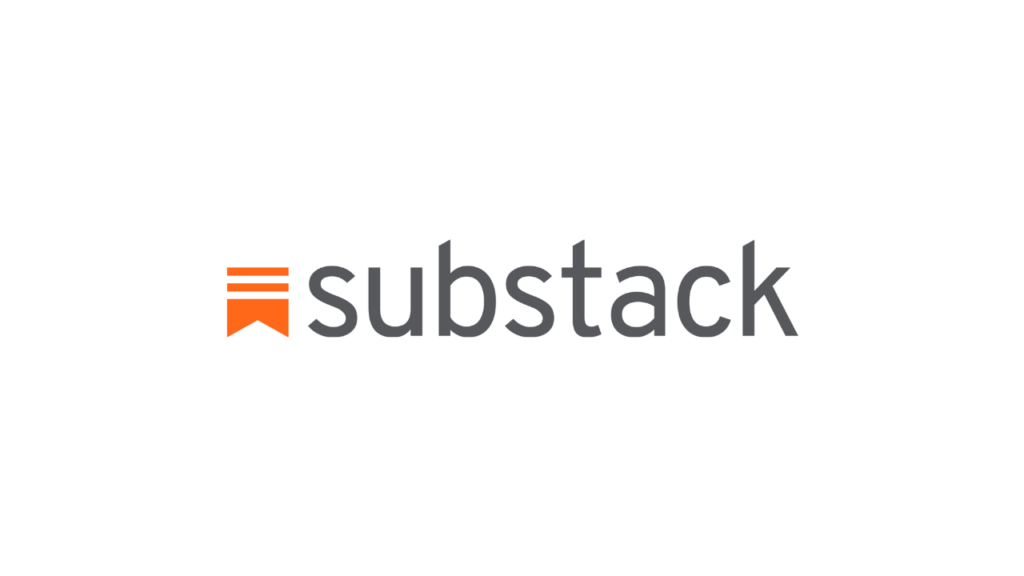 Pretty amazing a site so liberal would be willing to publish an article acknowledging what was wrong with Spencer, though this does suggest McMillan’s trying to downplay that, as a crossover, Secret Empire was among the several errors Marvel made in the past decade that ultimately sank the company’s fortunes (and in another bit of irony, back in 2017, the MSM defended Secret Empire. It wouldn’t be shocking if McMillan was among them). Yet to this day, they still continue on the quixotic path of company wide crossovers, and vehemently refuse to put the concept to rest, no matter how much money they lose on it. But the following quoted attacks on this venture strongly hint this report isn’t altruistic:

“The broken windows policing shithead is who Substack goes to for comics stuff? Certainly fits their pattern,” tweeted comics journalist Robert Secundus when the news was announced on June 9.

“Did Substack look back at their big transphobia scandal and think to themselves, We need to recruit more people with a history of alienating marginalized readers?” went another tweet from Daily Dot staff writer Gavia Baker-Whitelaw.

As bad as that sounds, the truth about Substack’s new comics strategy might be even worse than you think. Inverse spoke with the newsletter startup and reached out to various comic book writers and artists to get to the bottom of the company’s plans to shake up this industry just like it already has in the journalism world.

The truth reveals a fundamental misunderstanding by Substack of how comics work, and a troubling decision to apparently double-down on its worst tendencies as it expands its newsletter empire into new territory.

I think the above reveals a fundamental misunderstanding of the differences between ideology and race/gender. This is why they have issues with Spencer taking up the job? I don’t have a very high opinion on Spencer myself (mainly because of his attacks on fandom 4 years earlier), even if he can be considered the scribe who brought Mary Jane Watson back into Spider-Man’s world (though if memory serves, he largely avoided giving interviews or using social media by that time, presumably because he realized he’d alienated Captain America fans who might take issue with his job on Spidey regardless), but this is not a reason to rail against Substack’s recruitment.

Spencer’s new job title at Substack is a mystery. “Nick is on the Partnerships team,” a Substack spokesperson tells Inverse. “We don’t focus too much on specific titles, [but] technically his is ‘Partnerships.’”

However, what he’ll be doing at the company is more concrete. Perhaps a little too concrete.

“To accelerate our growing fiction writer base, we approached Nick about working with comic book writers to help them hire artists and a small production team,” the spokesperson says. “We have already begun fostering our fiction writers and are working with Nick to get great comic writers up and running on Substack as soon as possible.”

If you read the above and feel as if that phrasing feels particularly writer-centric and dismissive of the many creators responsible for making a comic… well, look like a comic — sorry, pencilers, inkers, colorists, and letterers — then you can at least feel comforted by the fact that others have noticed, too.

McMillan’s wording honestly makes no sense to me. What’s wrong with hiring all sorts of artists to take up these projects? I can’t see what logic they’re trying to get at here. By “small production team”, I assume they mean inkers, letterers, colorists, editors and consultants. But McMillan sounds more like he’s just grasping at straws in an attempt to find a lazy excuse for attacking the server. As does the following artist:

Among the prominent critics of this move is Cully Hamner, a comic book artist best known for his work on Green Lantern: Mosaic, Blue Beetle, Black Lightning: Year One, and Detective Comics. Here’s how Hamner unfurled his thoughts to Inverse:

“The announcement and its seeming dismissal of the idea of artists as creators — basically conferring that status only on writers, and considering the visual part of the equation as merely part of a production assembly line the writer would hire and manage — only highlights the continual misunderstanding, by those outside the craft (and some inside the craft, unfortunately) as to what it is that artists — visual creators in a medium that hinges on a visual vocabulary — actually contribute to what we know as a comic book.”

Oh for heaven’s sake. Nobody said artists can’t make good writers, or that Substack was literally separating one from another. This too sounds cheap. By the way, I think McMillan made a mistake citing GL: Mosaic, because that was one of the now imprisoned Gerard Jones‘s works – and one of his most political at that – and decidedly makes a most embarrassing example for citation. Here’s some more of the politically and ideologically charged excuses for this ragging on Substack:

(After leaving The Intercept, which he co-founded, Greenwald continues to use Substack, with one recent report claiming he earns between $80,000 and $160,000 per month through paid subscriptions. He’s recently faced criticism for claiming that a “decrease in the lesbian population” is due to trans men. Linehan, also on Substack, has been banned from Twitter for making anti-trans comments.)

Again, this seems to be the revolting excuse they’re making for dragging down the webhost site. All because folks like Greenwald and Linehan complained about issues the left holds dear. In other words, they’re trying to censor Substack’s writers. Greenwald recently addressed this whole issue, and has a point. So it seems the comics press found its own excuse to tear down on Substack, which includes the following:

Spencer is, to say the least, a curious figure in comics. He’s no slouch when it comes to sales. His Amazing Spider-Man series is a consistent high-seller for Marvel, outperforming the majority of its peers despite being years into its run, and his Secret Empire miniseries from 2017 performed well, despite — or, perhaps, because of — the controversy surrounding it. That controversy is part of what makes Spencer the figure that he is — his seeming inability to shy away from upsetting people.

If it’s not turning Captain America into a fascist (the central conceit behind Secret Empire), it’s apparently suggesting that heroes shouldn’t punch Nazis, or creating supervillains based on right-wing stereotypes of the left. Outside of comics, his 2005 run for Cincinnati City Council saw him pledge to increase police presence, with the funding coming from defunding social programs. He even went on record complaining about a “glut of social services” in the city.

When did he ever make it sound like the heroes he’s writing shouldn’t go after National Socialists? Or is Inverse implying the Cap/Spidey audience are the Nazis?!? Well that’s sick but not unexpected of such leftist news outlets. It’s already old news when demonize core audiences of a pop culture product. And this is most intriguing: they seem to be approaching this subject from a far-left viewpoint now advocating to defund the police. And having discovered Spencer once took a position that’s the opposite of what they now hold dear, they’re throwing him under the bus. It doesn’t sound like they’re grateful Spencer as Spidey writer scripted Mary Jane Watson returning to Peter Parker, something that did redeem him up to a point, ditto the fact he may have kept a low profile on social media since. Of course, when did these PC advocates ever care about integrity for Stan Lee’s creations? 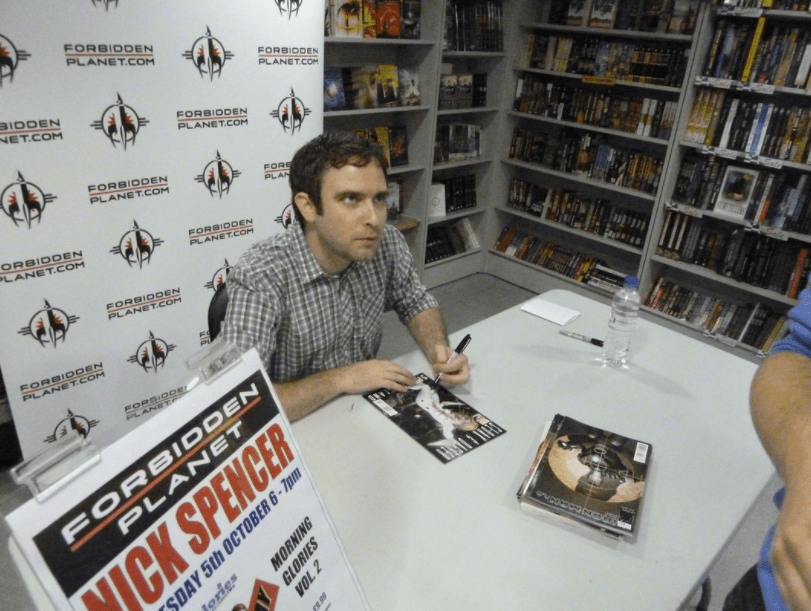 Amid all this jumble, McMillan actually acknowledges the benefits of writing on Substack:

So, what does Substack have to offer creators that its competitors don’t, beyond upfront payment? The answer might be key to creators willing to be patient.

“With the Substack model, all comic writers and artists own the IP and share their work directly with subscribers,” the Substack spokesperson says.

It’s that first part that’s particularly important. Unlike virtually every publishing agreement in comics — outside Image Comics and Panel Syndicate — creators retain all rights on work published on Substack, including the rights to republish material through other publishers, as well as all media rights. That means Substack takes no cut of any potential movie or TV adaptations.

Well in that case, what’s their beef? Only that the hosting service is non-PC, and a number of right-wing news writers have made use of it. No doubt, there are valid reasons to take issue with Spencer. But with this, McMillan’s proven he’s not doing it for altruistic reasons. Just a sorry excuse to bash a website that’s become popular with certain crowds he dislikes, in all his and Inverse’s own leftist ideology. At least we know just how mendacious their MO really is, and why they have no business addressing the subject of comicdom.