When Was the Last Time They Made Comic Stories That Mattered?

A writer at Newsarama argued in favor of creators actually making their story output matter, citing some far better examples from past comics like Amazing Spider-Man #248 from the late 80s, famous for “the Kid Who Collects Spider-Man”. He does make a valid point about the opportunity afforded at the time of the Covid19 crisis:

Comic creators and publishers have also told us that if only they had more time, they could do that big thing, that important thing, that grandiose thing! But that never seems to happen, either, unless you count Giant Summer Crossover XYZ as big, important, or grandiose (spoiler alert: No one does, though curiously, they all bought six tie-in books).

But hey. Hey. There’s really no excuse. As IDW has announced they’re publishing nothing for May and Aspen is on hiatus and Marvel is slowing their roll by 20%-30% and DC is doing whatever the DCs of the world do…time is in abundance. So here’s a modest proposal for what to do with your time, comic creatives and publishers:

This is the perfect time to let your mind wander and come up with the perfect idea that will have impact, or turn up the gas on that back-burner idea you’ve had forever that you know people would love. Look, we don’t know for sure when the next damn issue of Batman or Fantastic Four is coming out anyway, so there’s not the all-consuming need to feed the assembly line and get pages to the artist, that specific gravity of comics since time immemorial.

Use this time. Breathe. And give us something special. 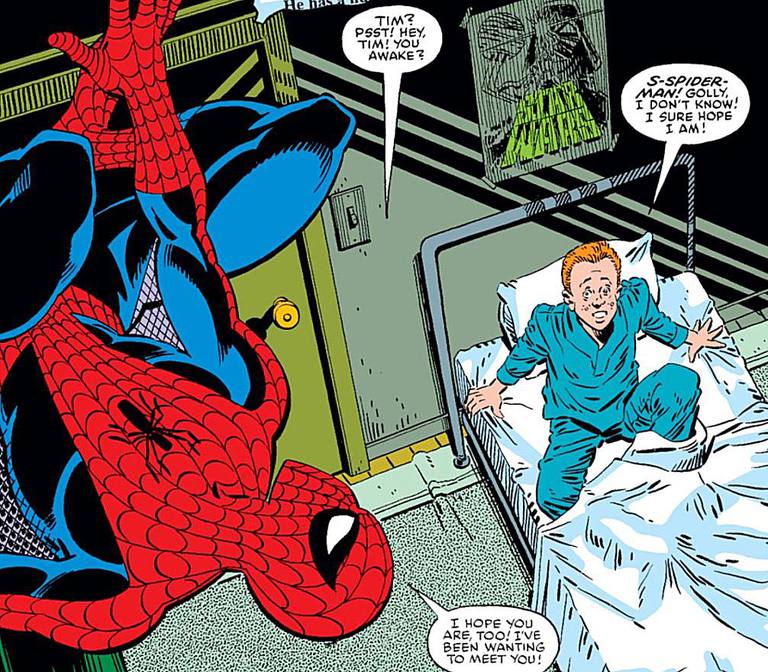 Here’s the problem: when you have only so many creators wasting their time on social media, being potentially vile to the audience or even just simply posting trivial comments that don’t translate into something inventive for use in storytelling, then you’re not using that time well. Or if they are taking their time doing some writing, it turns out they’re stuffing it full of blatant partisan politics that take far too much room, and become far too alienating to be appealing. There may have been some examples in the past of writers who did know how to convey politics in comics with a modicum of sensibility, but that’s all been lost to a new generation that was indoctrinated in universities dedicated to propaganda at the expense of logic and rationale. Something which the later 9-11 issue of ASM suffered from:

It’s in times of great strife that great inspiration, great creativity, and great impact can be found. Writer J. Michael Straczynski was a mere six issues into his run on Amazing Spider-Man when the events of Sep. 11, 2001 hit. Marvel asked him to use Marvel’s most everyman character to respond to the tragedy.

If the writer’s claiming this was “great inspiration” to depict Doctor Doom and other vicious supervillains sobbing over something they could’ve been seen doing in the past (IIRC, back in the 80s Doom destroyed one of the Fantastic Four’s headquarter locations), along with subtle messages that the USA was a scapegoat for what al Qaeda committed, then I’m afraid the impact of this argument is severely weakened. I’ve sometimes wondered why Spidey’s book was chosen as the very series in which to inject all this propaganda, awful as it would’ve been if Thor or Iron Man’s series would’ve been exploited for the same, and have to figure it’s because Joe Quesada and Bill Jemas decided the most recognizable brand would be the place to do it, because otherwise, the press might not pay any attention. Which just proves the theory again that company marketers have no idea how to sell on merit, something the above story lacks.

And if you’re going to cite forced and contrived stories like Straczynski’s liberal-influenced issue of Spidey as serious inspiration, while failing to confront totalitarian ideologies like Islamofascism, then you’re not making things matter. Stories built on identity politics are another hindering factor. Even company wide crossovers won’t make a story matter if they drag nearly every brand and cast member in a shared universe into the swamp of meaninglessness they create. In fact, I’ve seen very few calls for bringing crossovers to a definite end, making clear they’re no longer helpful for corporate-owned storytelling. If no one in mainstream news coverage can make the case, it only shows how they’re not serious about merit-based writing.