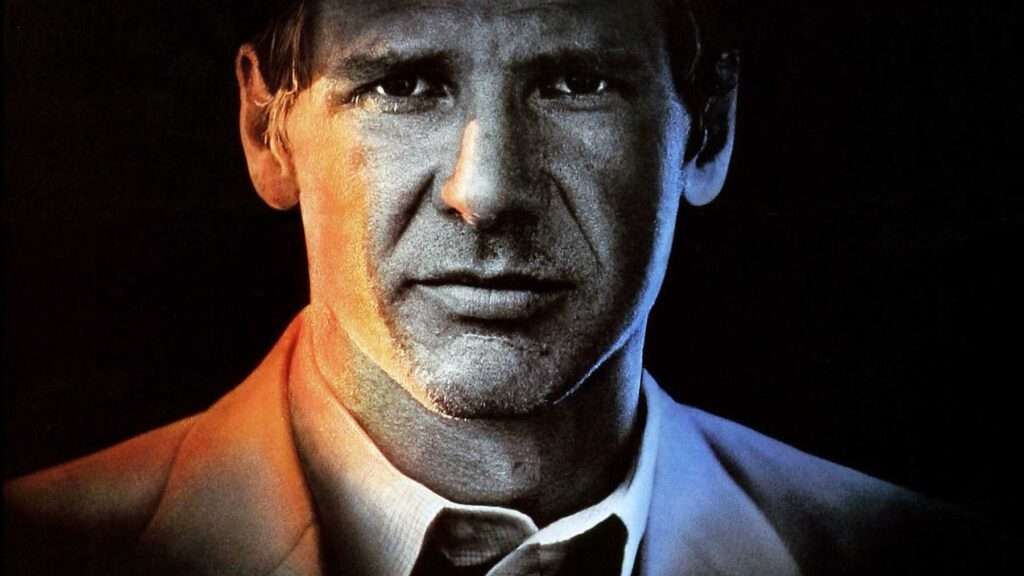 Tom Cruise has saddled up for a second go at playing Maverick 20 years too late and Harrison Ford is wandering around trying not to break his hip while playing Indiana Jones in a film role that is well past its retirement date.

All well and good for the Patriarchy, but what happened to the woman who helped make Top Gun so iconic and set the stage for Harrison Ford’s dramatic roles?

Yeah, Kelly McGillis might as well have her face on a milk carton these days, but in the 1980s, she was in high demand.  Her use – and abuse – by Hollywood speaks volumes about these virtue-signaling hypocrites.

Still, let’s take a moment to go back into a time when Ford wasn’t collecting Social Security, when movies had fresh and new premises and when – of all people – the Amish became a subject of awe and admiration. 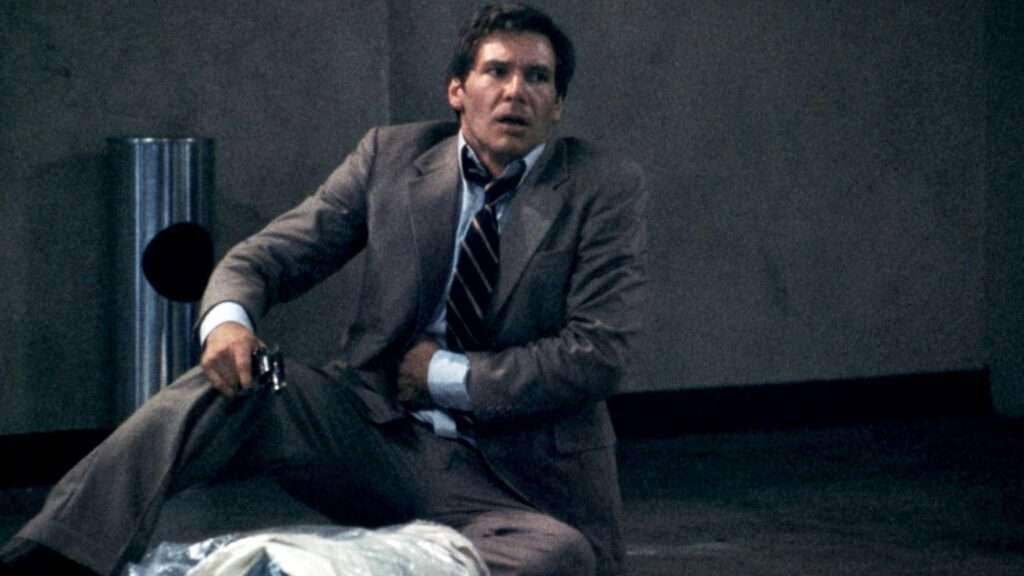 Witness is not a particularly complex film.  It is almost a standard-issue film noir – a genre near and dear to my heart.  In fact, it’s not even Harrison Ford’s first film noir – that would be Blade Runner.  Still, the unique twist it uses is an exploration of a hitherto obscure religious pacifist sect rooted in the middle west and famous for its disdain for modern technology.

Structurally speaking, it takes the noir angle and then inverts the classic “fish out of water” trope, by having the Big City detective find himself at a loss while in the company of a tightly-knit rural community.

And yet it does so brilliantly.

Kelly McGillis is arguably at her most alluring as Rachel, an Amish widow and single mother.  This is a role Hollywood has since completely forgotten: a modest, virtuous woman who is placed out of her reckoning by events beyond her control. 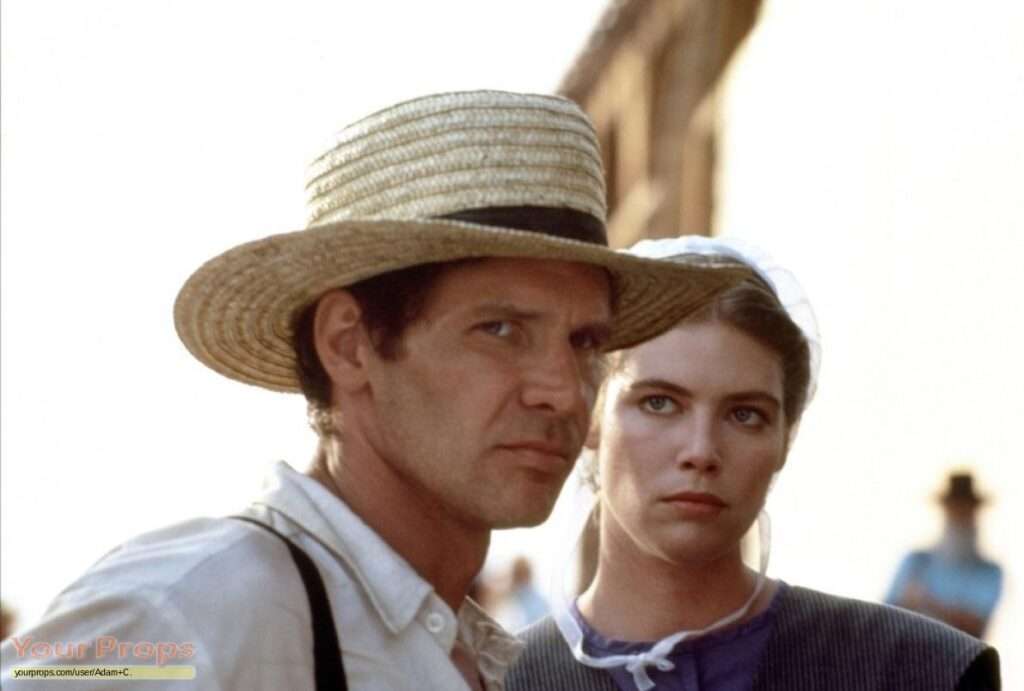 What truly sets Witness apart is of course its portrayal of the Amish community.  Can anyone imagine Hollywood showing such sensitivity to Christians today?

The seduction of Ford’s ‘John Book’ is not just a sexual one – he is also drawn to the simple country life that the Amish lead.  Their life is not one of late nights, cars, guns and neon, but one deeply attached to the natural environment.  The contrast between the clattering of typewriters and crowded desks vs rising to greet the dawn in quiet fields could not be more striking. 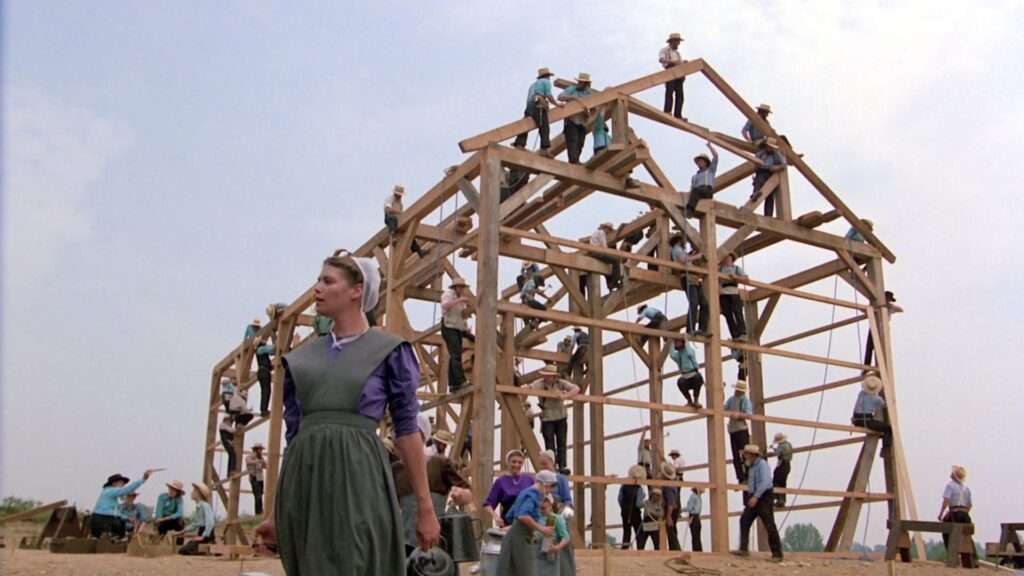 One of the remarkable achievements of this film is to make a barn-raising a key plot point in what should be a crime drama.  Watching the Amish gather, work hard for one of their own, share meals and fellowship – this is something unknown to Book and by the end of the scene who wouldn’t want to take up a hammer and head over to Eli’s?

Note also the firm gender roles – something anathema to Hollywood today.  The men and women have specified roles that play to their strengths.  Within these, there is still room for self-expression, friendship and even love.

Rachel is clearly a strong woman, willing to challenge the elders for what she feels is right, but at the same time she also understands that the world outside of her community is a violent, dangerous one.  Again, it is impossible to conceive that a modern version of this tale could have any other outcome than Rachel leaving her world, shaving half her head and becoming an Empowered Lesbian Woman.  (Which, to be honest, isn’t that far from what happened to McGillis.) 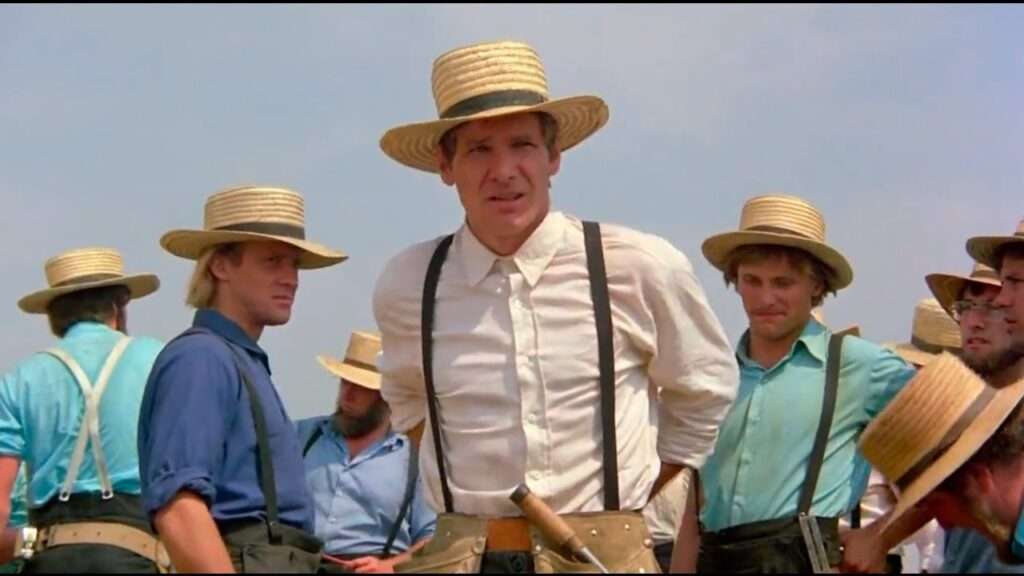 None of my columns would be complete without either a swipe at Star Wars or the craptastic remake of Battlestar Galactica, and I’m not about to break precedent here.  So, let’s pause for a moment while I hurl excrement at both discredited franchises and note that all the Girl Power Gender-Swapping in the world doesn’t add one tenth of the interest that the budding romance between Ford and McGillis acheived.  This is the classic Allure of the Stranger, and both are fascinated and attracted, yet know that – in the end – their worlds will never intersect.

This is the essence of tragic romance, and something that modern films have completely forgotten.  Was there anything like this in the latter Star Wars films?  I mean the Anakin/Padme romance was grotesque in its awkwardness and I am told there was a romantic storyline with Finn in the sequels that almost allowed him some character development, but nothing came of it.  That’s not surprising, since his character was always meant to be a token.

Now contrast that with Witness, which is effective precisely because it’s so normal.  We get to know John and Rachel as people, see their interactions, and understand their motivations   When we come to their fateful decision, it makes perfect sense.   There’s no need to “subvert expectations” with some stupid ending that everyone hates.

Hollywood used to make movies that were relatable and informed us about the human condition.  Now they make hot garbage wrapped around CGI demo reels.

And yes, it’s fun to see a very young Viggo Mortenson learning the ropes of acting in this film.  Who could guess that decades later he would be given the lead role in the crime against humanity that was Peter Jackson’s Lord of the Rings films? 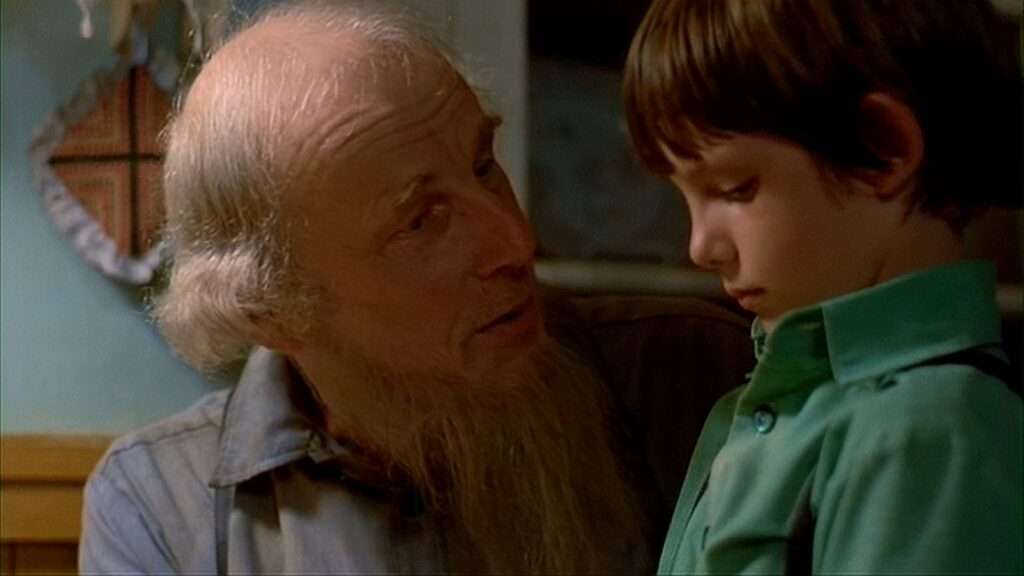 We Interrupt this Rant for a Special Message From Geek Guns

Yeah, so the weapons are all .38 revolvers and some shotguns.  Major yawner.  Sorry, folks, if you’ve seen one S&W Model 10, you’ve seen almost all of them.  There’s a Colt Detective in there as well, but who cares.

Do you know why?  Because the firearms are secondary to the story.  Yeah, crazy, right?  We’ve been told for years that lightsabers and super-powers are all that you need to make a movie interesting.  Turns out, it’s not!  Don’t get me wrong, there’s a place for John Wick shoot-’em-ups but that’s not what’s going on here.  Again, this is classic noir territory where (to paraphrase Thulsa Doom) the weapon is less important than the hand that wields it. 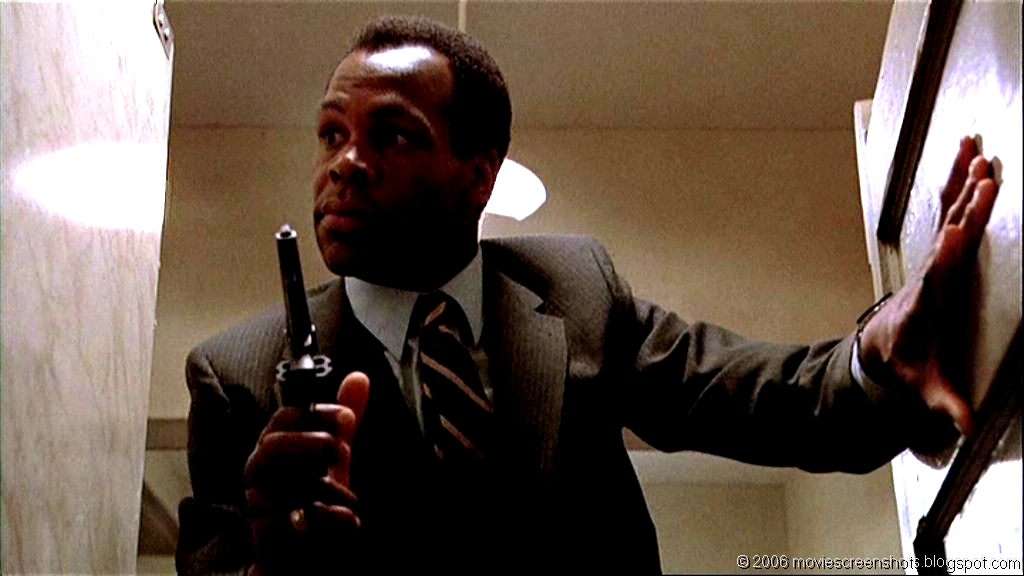 Destined for the Memory Hole?

If you haven’t seen Witness, give it a look.  Because I’m all about owning the physical media, I bought my copy in the discount bin of a big box retailer, but other options are out there.

As noted, there are some key elements of this film that are no longer politically correct.  First and foremost, it doesn’t suck, and Hollywood (and its streaming minions) are likely to try to snuff these kinds of films out.

Moreover, it’s got a strong, independent woman who also has use for a man.

This, as we know, is intolerable wrongthink.  So grab a copy while you still can.