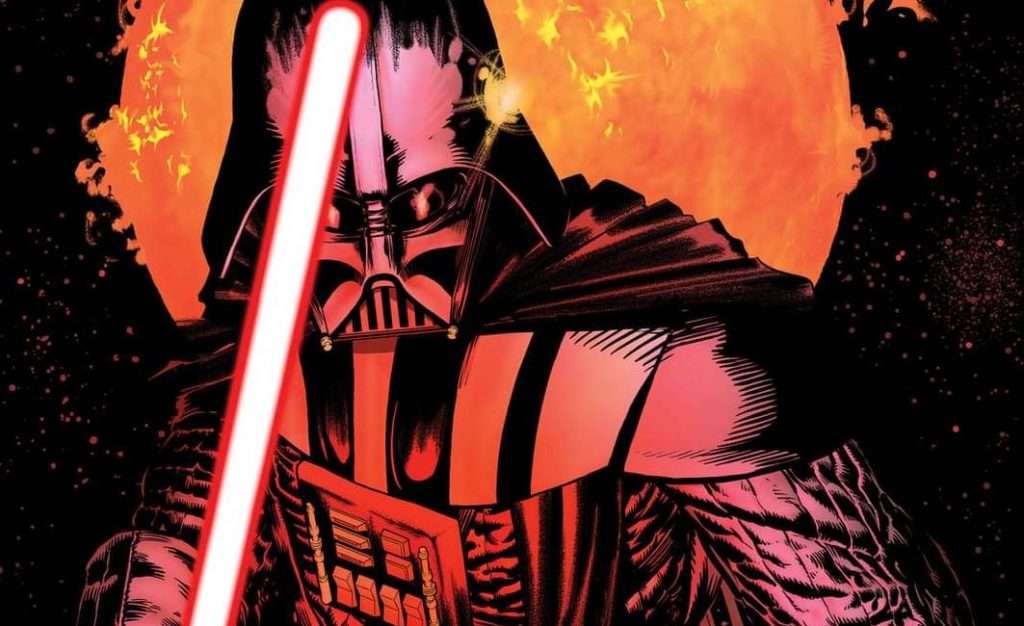 The Valdosta Daily Times fawned over one of Marvel’s Star Wars-related comics, Darth Vader: Crimson Reign, and something comes up I hadn’t thought of before:

[…] The current “Darth Vader” series is set in between “Empire” and “Jedi.” Vader knows Luke Skywalker is his son and Luke knows Vader is his father … even though the majority of the people in the Republic and the rebellion have no inkling that Vader was once the jedi Anakin Skywalker.

Now here’s something eyebrow raising. I’ve spent time over the years lamenting the way Marvel/DC repeatedly resort to crossovers related to their own shared universes (and the new Valiant did at least one of their own in the past decade), but until I read this, I’d never paid much attention to whether they did anything similar with licensed adaptations of franchises like SW. And it’s just as poor an influence as it is for the main Marvel/DC universes. The columnist tries to apologize for the direction with the following:

But readers should be on solid ground picking up this collection without reading the other “Crimson Reign” crossover titles. However, having read the previous “Vader” issues or collections is a must to better follow what unfolds here.

Oh, I’ve heard that excuse before. Forget it, this farce has been going on way too long, and besides, Marvel’s PC conduct is reason enough not to bother with these SW titles. A similar point can be made based on Disney’s mishandling of the recent movie trilogy. And then:

Vader is on a mission to dismantle the syndicate while establishing his new mantra of order to the empire and the galaxy.

But even he cannot do it alone. He leads a team of assassins and heroes to stop Crimson Reign.

Why does this sound reminiscent of a crossover from the past few years, Dark Nights: Metal, where the villain Braniac from Superman recruited both heroes and villains, including Lex Luthor? Well, I think we could do without this annoying focus on villains commandeering an army to supposedly halt an evil entity, while establishing themselves as the criminal source to replace the other one, which does nothing to ensure that evil will have been vanquished, and an honest movement established instead.

And, lest we forget, this looks like another example of spotlighting criminals, which has been particularly overused when it comes to villains like the Joker. As I’ve said before, too much focus on villainy at the expense of heroes is ruining modern pop culture, and needs to cease.