This business of interlocking tech companies deciding to simultaneously ban content on all platforms simply because they don’t like it reminds me of yet another obscure film few people on this site have ever seen:  Rollerball. 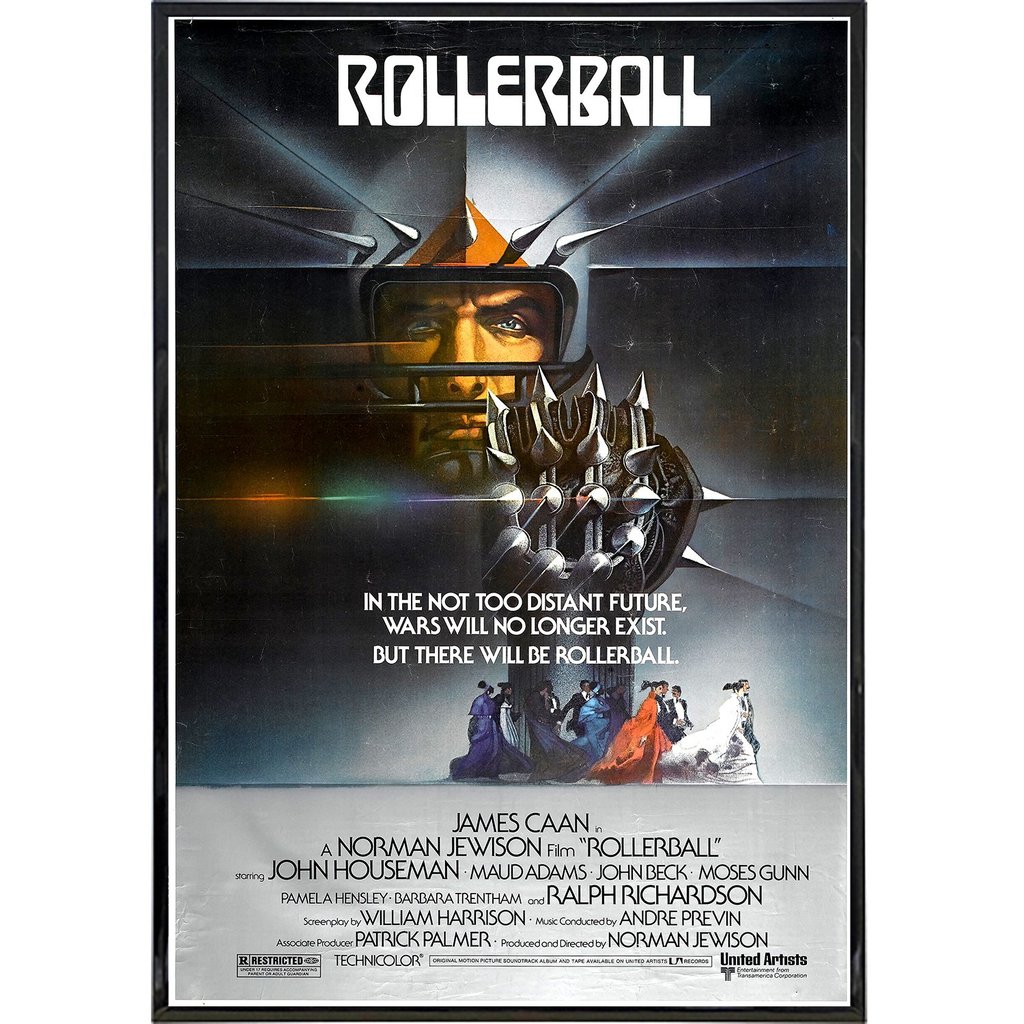 No, I’m not talking about the pointless remake from 2002, I am referring to the 1975 dystopian classic, which imagined a world governed by an interlocking series of mega-corporations, each controlling a key industry sector, such as energy.

As their power grew, government itself withered away and monopoly cartels divided the world up between themselves.

The masses were entertained by a violent form of roller derby called “rollerball” (hence the title) which basically put football on a skating rink.  It’s kind of fun to watch, but the point is that the single sport is a metaphor for all mass-market entertainment designed to keep the subjugated population distracted and under control.

The movie itself is an artefact of the era.  It moves slowly as films often did back then, particularly ones with messages.  The purpose is to fully create an inhabited universe and have the mystery at the heart of the plot gradually unfold.  Of course, this makes repeat viewing somewhat tedious, but I suspect few people involved were thinking of the home video market when it was filmed.

Are We Already There?

The story revolves around Jonathan E., played by James Caan.  Jonathan is the world’s greatest rollerball player and his franchise team dominates the league.

He’s becoming so popular, in fact, that the corporate overlords want him to retire because they fear what he could do if he tried to rile up the masses.  Jonathan of course doesn’t care, he simply lives for the game, but when he is pushed, he pushes back.  And there lies our conflict.

Opposite Jonathan is Bartholomew, played by the venerable John Houseman.  You’ll know him when you see him.  I don’t think Houseman was ever young – he was born to play a dignified deliberate old guy.  Anyhow, Houseman gets to play the villain and does a great job of it.

As the conflict deepens, Jonathan begins to question how the current system evolved and what alternatives to corporatist government there might be.

His trip to the library is the other element that is uncannily accurate.  There are no books in the library – everything has been made into a digital record. And the ones about how things work?  Yeah, common people aren’t allowed to see those.

Even a fabulously rich and famous guy like Jonathan E. can’t have access because the corporate masters have decided there are somethings he’s not allowed to know, and with all the books being gone, there’s literally no way for him to find out.  History has ceased to exist.

The Day the Streaming Stops?

And thus we come to the present day, where search giant Google can change queries to “vanish” information its corporate masters don’t think the people should see.

When this practice gets exposed, not only does Google try to suppress the news, it’s supposed competitors join in.

The only difference between where we are now and the world portrayed in Rollerball is that the triumph of the mega-corps is not yet complete.

But don’t worry, they’re still working on it.

Consider that artistic content is now almost entirely digital.  Compact disks are a thing of the past and the days of DVDs are numbered.  Before long, the only way you’ll get to see a movie or hear a song will be through an internet connection controlled by a tech consortium.

If they decided that the content is unfavorable to them, it will simply disappear.

Alternatively, they can take a page from George Lucas and simply edit the offending material out.

Hmmm, maybe George was using THX 1138 as a how-to guide as well.