What’s With All the Hate for Fans of ‘She-Hulk’ Comic Books? 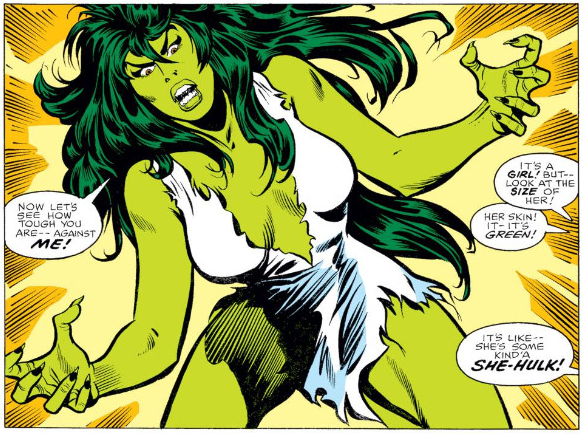 The Daily O. from India published a puff piece about She-Hulk’s history that seems more intent on branding it nothing more than a legacy of complete “sexism”:

Much like her comic book counterpart, Tatiana Maslany’s titular character received much backlash right from when the trailer dropped. Criticism was aimed at the VFX for her transformation into the muscular green creature (not the first time for Marvel) and an unfortunately predictable dose of sexism-fueled comments by misogynist comic book fans (again, not the first time for Marvel).

I’m wondering why they think anybody who’d make such comments would truly be a “fan”, or would even bother to watch this TV show in the first place. Besides, with comics selling so badly these days in pamphlet format, why do they think there’s even still much of a fandom at all? They make sound like nobody wants any superheroines in fiction, period. Yet that’s the tiresome insult to intellect we’ve come to expect from the press these days.

Origins in mainstream comic book sexism: All the positives aside, it is equally important to note that Marvel’s late bigwig Stan Lee created the character, and writer John Byrne authored some of her most iconic storylines. So, yes, a look at some of She-Hulk’s old comic book covers would prove the sexualization that superheroines have had to go through, ranging from Wonder Woman to Black Widow.

And this sounds like an assault on all the best ideas William Marston brought to WW in the Golden Age. They make it sound like sexualization is an inherently bad thing, and don’t take into consideration any women who’ve got a positive view of sex. Obviously, they’re not fans of Gal Gadot either. And wouldn’t you know it, they use an awfully tasteless description of Stan the Man while telling of his creator’s credit, suggesting they really do have that low an opinion of him, despite all the good he tried to bring to comicdom.

Well gee, that was in horribly poor taste, and it gives a mighty poor image of Goyer, whose dedication to the art form is questionable at best. He may still not regret his shoddy Superman tale where the Man of Steel gives up USA citizenship, a story that reeked of political motivations, and that whole affair was very telling as well.

Future comic runs in the 2000s and 2010s by female writers such as Mariko Tamaki and Rainbow Rowell added more individuality to her personality. From the 1980s to present day, Jennifer Walters has also been in active sexual and romantic relationships with many other fellow Avengers including Tony Stark (Iron Man) and Thor.

However, instead of showing her as a promiscuous nymphomaniac catering to the male gaze, She-Hulk’s flings are also rooted in her quest for independence and acceptance. This is evident with Walters retaining her She-Hulk self even in such intimate moments.

A panel from the Dan Slott-authored She-Hulk #17 (2007) sums up the double standards of the comic-reading demographic (which is predominantly male) pretty well. After a night of lovemaking, She-Hulk gets frank with Tony Stark and asks him how he gets away with sleeping around and still maintaining the reputation of a ‘cool guy’.

Oh, so they’re relying on stories by one of the worst writers to litter the industry to make their crazy points? If they’d researched his resume seriously, they’d notice he penned a Spider-Man story involving what Jezebel considered sexual assault. That the Daily O. didn’t take any notice of that horrid tale – one of many Spidey stories coming after the Spider-marriage with Mary Jane Watson was destroyed by PC mindsets – should make clear they’re not seriously concerned about the issue of sexism. I don’t know where they get this idea the whole fanbase wants Shulkie to be portrayed monogamously, but I for one have no issue with Jennifer being depicted as somebody not tied to one single character. I do wonder though, how come they don’t seem to emphasize the affair she had with Wyatt Wingfoot, who was far from a costumed superhero? And maybe even John Jameson, astronaut son of Spidey’s media adversary? 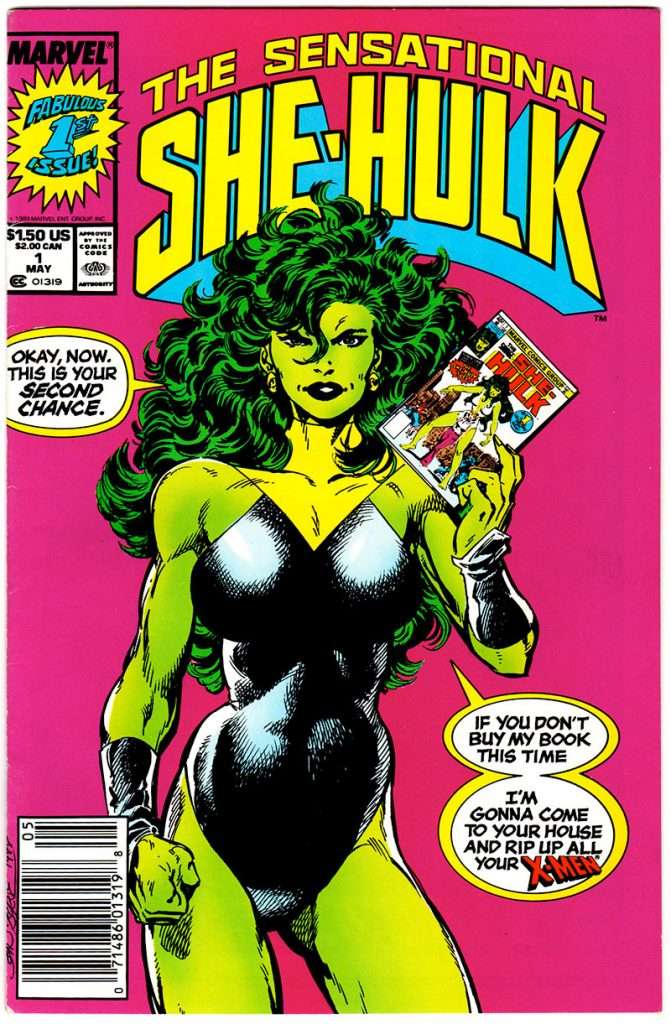 If they think only the superhero affairs matter, that compounds the perception they’re not interested in genuine research. Additionally damaging is that this perpetuates a very problematic cliché in team titles: superheroes only dating each other, not civilian cast members. Why, it may not even be limited to just team titles; even solo books could be vulnerable to the weakness in writing.

In conclusion, this is not a good look at the history of a heroine whose 2nd solo book was famous for 4th wall breaking, and come to think of it, they’re not interested in stressing how the political correctness they’re upholding is exactly what brought down Shulkie’s entertainment value, along with the rest of Marvel’s now sinking ship. All this article’s done is compound why I’d rather not watch yet another special effects-laden live action production from Marvel studios.