What’s Up With Bob Iger, Kathleen Kennedy, and Harvey Weinstein?

I blogged earlier about WDW Pro’s comments regarding Bob Iger being “livid” over the hiring of Leslye Headland.  That should be considered a rumor.

But is there more to this issue than “significant PR baggage, potentially legal baggage?”

I also previously blogged about how at least some of the 246 tweets that Headland deleted on April 22nd were in regards to the Harvey Weinstein sexual misconduct issue.  Headland worked for Miramax as an assistant for 6 years, one of those years she worked directly for Harvey Weinstein. 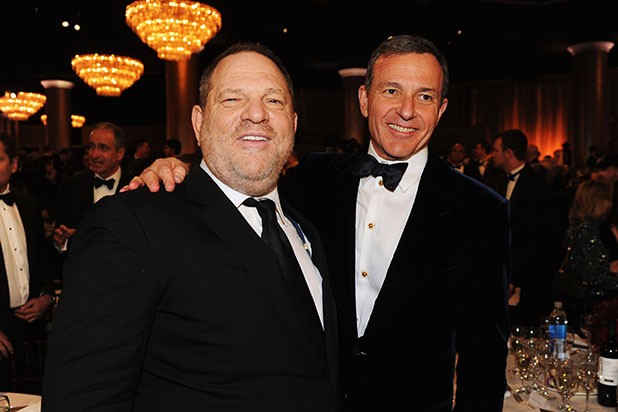 Because in a May 2019 article, Variety reported that Bob Iger was added to the Paz de la Huerta sexual assault lawsuit against Harvey Weinstein as a defendant.

De la Huerta originally sued Weinstein and the Weinstein Co. last November, accusing the former mogul of raping her twice at her home in New York in 2010. At the time, Weinstein’s attorney denied the allegations, saying they came from an “unstable personality with a vivid imagination.”

The Weinstein Co. estate has been working on a settlement of several lawsuits, including de la Huerta’s, in bankruptcy court. However, as those talks have dragged on without a resolution, de la Huerta’s attorney appears to be looking for additional defendants.

The new lawsuit, filed in state court in Los Angeles, seeks to establish that the Disney executives and Miramax can be held liable for Weinstein’s conduct in 2010, even though Weinstein left Miramax, which was then a Disney subsidiary, in 2005.

Is this why Iger was “livid” according to WDW Pro’s rumor?  Is Iger somehow involved in the Weinstein mess?  Did Kathleen Kennedy hire Leslye Headland to thumb her nose at Iger if there’s a conflict between the two?

Oh, what a tangled web we weave…