What Went Wrong? Two Recent Films That Should’ve Been Great

Hotel Artemis & Bad Times at the El Royale: What happened?

These two pictures should have been at least critical, if not box office hits – both possessing strong pedigree in writing and onscreen talent. But each floundered on release. In the words of CNN’s Chris Cuomo: 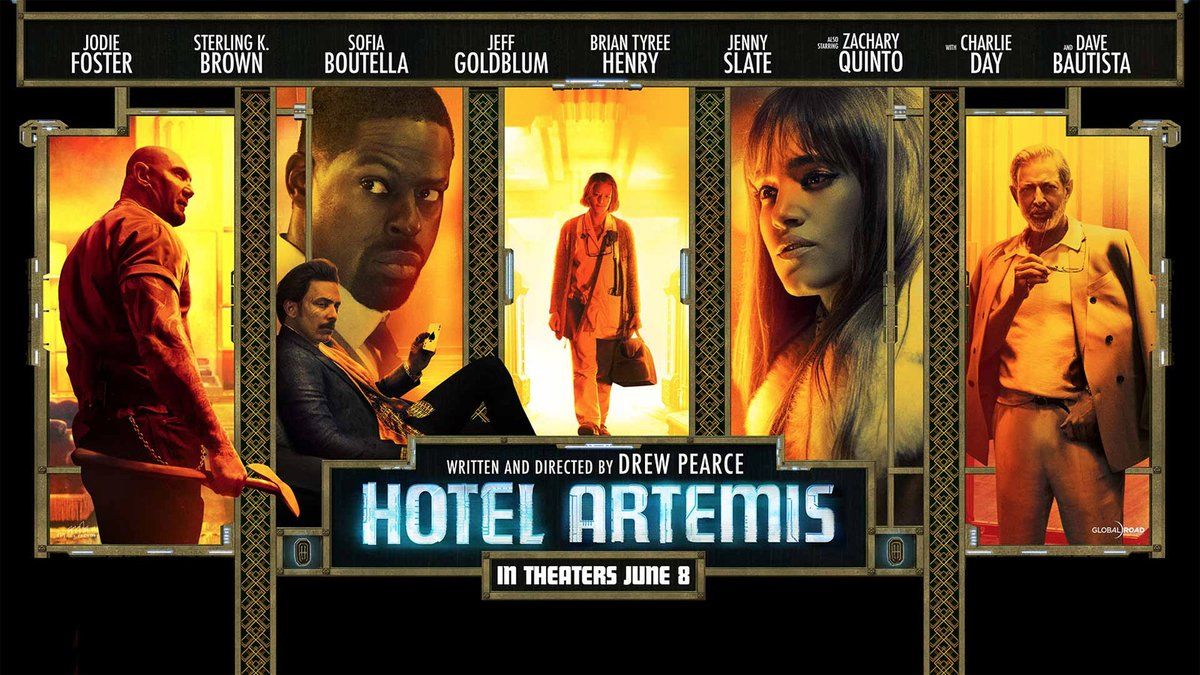 Written and directed by British screenwriter Drew Pearce (Hobbs & Shaw/Iron Man 3 etc), Hotel Artemis has a decent premise, but IMO doesn’t hang together, and after multiple times, I can’t recall watching the entire movie in one sitting.

Set in LA in the year 2028, the Hotel Artemis of the title exists as a hospital for criminals only – as long as they can pay. Riots erupt in the city whilst an assassin stalks the latest admission to the Hotel, the infamous mobster ‘The Wolf King’ (Jeff Goldblum). Shit kicks off, but tbh, it’s not particularly well choreographed or interesting enough to recount. A strong cast is wasted, including the aforesaid Goldblum, Jodie Foster, Sofia Boutella, Charlie Day, Dave Bautista and others.

My take is that Pearce wasn’t quite ready to take on directing the project – some of the basic literacy of film seems at times to escape him, framing, beats etc. Better luck next time kid.

Oddly enough another Drew (Goddard) directed Bad Times at the El Royale, which I find the superior of the two pictures. As a big fan of Goddard’s Cabin in the Woods (2012), his only other directorial effort to date, I was prepared to enjoy his take on the the Neo-Noir genre.

Set in a hotel straddling the California/Nevada border in the late 6os (like Sinatra’s Cal-Nev joint*), the plot concerns hidden loot, blackmail, hippie cults and other nefarious activities. A game cast including Jeff Bridges (managing to speak clearly for a change), Jon Hamm, Cynthia Erivo, Dakota Johnson and others enter the spirit of the piece, but to me it’s a talky yawn-fest. When you’re looking at the set design rather than the actors (a rather good featurette on this is an extra on the DVD, btw), you know something’s wrong.

Cynthia Ervio (as singer Darlene Sweet) can certainly hold a tune, but her repetitious renderings of the Isley’s This Old Heart of Mine had me wanting to grab a box of matches, a can of petrol and torch the El Royale before yet another performance.

And Chris Hemsworth’s turn as cult leader Billy Lee was, how should I say this…not good.

'Knock at the Cabin' Knocks 'Avatar 2' Off the Top of Box Office
Netflix Teases Zack Snyder's 'Rebel Moon' With First Footage
Back to the Grid: 'Tron 3' Resurrected at Disney
Does 'Ant-Man & the Wasp: Quantumania' Mark the End of Paul Rudd's Ant-Man?
Is Princess Peach Gonna Be "Woke" in the Super Mario Bros Movie?
Chris Hemsworth Says Any Future Thor Films Must Change Direction & Tone
Guardians of the Galaxy Holiday Special: Beyond Just a Star Wars Holiday Special Homage?