What Next for #Comicsgate?

Ethan Van Sciver, one of the loudest voices in the customer revolt known as #Comicsgate, has recently announced on his Youtube channel that he is no longer a part of the movement (*updated below). The Comicsgate movement began as criticism of the hard left turn within the industry, both comic publishers and several comics news outlets, that began to alienate long-time fans. Ethan got involved after watching videos by several of the voices in the movement such as Diversity & Comics, Capn Cummings, Douglas Ernst, Avi Green, and others. It got a massive signal-boost when some pros conspired online to goad up and coming Youtube-r Richard C. Meyer of Diversity & Comics into a fight at a comic convention.

Since then, many adherents and allies of the movement had hoped to see change at the BIG 2 publishers with the firing of Axel Alonso and subsequent hiring of C.B. Cebulski at Marvel Comics, hoping in vain that it might usher in some kind of change at the biggest comic publisher, but that clearly has not been the case. Then DC comics proved that they were unwilling to fire Robbi Rodriguez, an artist who sent naked photos of his butthole to people he doesn’t like on Twitter, and there were no public consequences for it. Even indie publishers such as Dynamite Entertainment have continued to show complacency. When a letterist on their comics used upside down writing to mock and insult SF writer and indie comics creator Jon Del Arroz, there was no firing and Taylor Esposito continues to get hired. All of these things were pointed out to Joe Quesada on social media, and yet nothing meaningful seems to have changed.

So after a year of being signal boosted, what was the ComicsGate movement actually accomplished other than continuing to point out these sorts of disheartening actions being taken and the lack of repercussions for comic professionals who insult and attack the customers? When Ethan Van Sciver publicly announced his support for ComicsGate, there seemed to be a renewed interest in the movement and what could potentially happen. Van Sciver is a twenty year pro of the industry having worked on some of DC Comics’ biggest properties. Pretty soon, Richard Meyer (aka Diversity & Comics) announced his own Indiegogo for a comic he was creating with Jon Malin and Brett R. Smith called Jawbreakers, and that campaign quickly caught fire. But almost as quickly, negative attention from all the comic pros that Richard had been criticizing on his Youtube channel pushed back in full force with attempts to shut down Meyer’s crowdfunding campaign.

Within a few days, Antarctic Press announced they would be publishing Jawbreakers and the comic industry gatekeepers lost their minds. Almost immediately, comic pro and frequent virtue-signaller Mark Waid publicly announced he was contacting Antarctic Press over the Jawbreakers publishing deal to explain to them the mistake they were making getting into business with Meyer (his opinion). Within a few hours, Antarctic Press announced they would no longer be publishing Jawbreakers. Since then, Meyer has filed a lawsuit against Mark Waid. In the meantime, several other comic pros who sided with Comicsgate, such as Mitch Breithauser, Doug Tenapel, Jon Malin, Art Thibert, and others began launching Indiegogo comic book projects in order to cater to this growing segment of the comic-buying public that felt their voices weren’t being heard.

Ethan Van Sciver’s Youtube channel had quickly grown into one of the most powerful voices in the CG movement, with an almost daily “ComicsGate Live” stream that would feature various creators who were not only sympathetic to the concerns of Comicsgate followers, but were also trying to create comics for people who felt their concerns weren’t being addressed. Crowdfunding seemed to be going mainstream and could possibly be an alternative to the established publishers who had time and time again demonstrated they were not interested in servicing any anti-SJW consumer base. However, jealousy eventually appeared to rear its ugly head and it seemed like a few of the creators who were trying to launch their own crowdfunding campaigns felt that Ethan should give them attention and signal boost their projects instead of Ethan mostly showcasing his friends. Nevermind whether or not their projects were up to the same standards as other creators, they just wanted some attention too.

Soon, it started to seem as though others in the ComicsGate movement, not creators, but critics, felt as though THEY should be considered the primary voice of ComicsGate or that perhaps Ethan had taken attention away from them. After all, they were here first. Add this to the few creators who felt that they deserved to be doing as well as some of the bigger names who had suddenly shown allegiance to Comicsgate and many others who also felt that Ethan, and some of the other pros aligning with CG, were just trying to cash-in on the movement. Some began to suggest these pros should spend more time working on their crowdfunded books and less time doing hours-long livestream chats. I will admit that a reasonable argument can be made that Youtube channel operators do want to increase clicks, because that means more revenue, but I think that severely misses the benefit of having loud and proud professional creators as allies to your cause. And the same argument could be made against these critics. It also dilutes the message in an environment where there are MANY detractors and trolls who are constantly trying to malign and sow discord in the movement.

Comicsgate past, present and future: My vow to YOU

If the central idea is to change the comic book industry’s trajectory, merely criticizing comics from your Youtube page isn’t going to affect much change, if any. It certainly brings attention to the cause, but doesn’t do much but remind others what’s going on. The malignant pros that you’re criticizing online are either blocking you or have muted you, and they aren’t paying attention. They have many more sycophants and fans who will tell them how great they are. And the publishers appear to be too apprehensive or cowardly to make any changes in an already dying industry. Just look at what Marvel has done in the last year. Thousands of comic fans voiced concerns over Ta-Nehisi Coates writing Captain America, and yet, he is still the writer. Complaints about Dan Slott and Nick Spencer clearly went unaddressed as the Spencer eventually took over Amazing Spider-Man after Slott departed and Slott was given Iron Man and the Fantastic Four relaunch. Marvel seems content rearranging chairs on the decks of the Titanic.

So what exactly is the endgame for ComicsGate? Is there one? Is there a strategy for change? Seems to me that servicing an underserved, and alienated consumer base that already showed a penchant for buying comics for years was the way to go, but now it seems like some of the vocal comic critics are merely satisfied with shaking their fists at clouds or simply remaining as “big fish” in an increasingly shrinking pond of complacent consumers. For what it’s worth, I am still a Comicsgate ally, and still believe that comic creators and publishers should place a premium on solid entertainment and good storytelling over social and political agendas, and that creators should always endeavor to demonstrate professionalism towards comics fans – even those they disagree with. But the fact is that Marvel, DC, IDW, et al are not motivated to change. The SJW influence and PC culture has infected the industry and it will take a lot more than Youtube critics and navel gazing to turn those Titanic’s around. They seem to have decided to cater to a near non-existent demographic at the cost of losing an already shrinking customer base of loyal fans. It’s sad, but true. They will not change. Disney will not change. Marvel will not change. DC will not change.

My recommendation moving forward is to continue to #MoveTheNeedle and promote the books and creators you think are doing it right. Support small print publishers like Alterna Comics and Antarctic Press, and keep supporting indie creators who are crowdfunding their books. Drop Batman and Spider-Man and Savage Dragon and all their adjacents until we see real change at those companies. If they aren’t serving you, stop patronizing them. And never support creators who don’t offer you any respect. In the end, what I care about most is good stories in comics that are fun for everyone above all else, but I won’t spend my money on a company that has nothing for me. If you have insulted me and not entertained me, then you will have to work twice as hard to win me back. 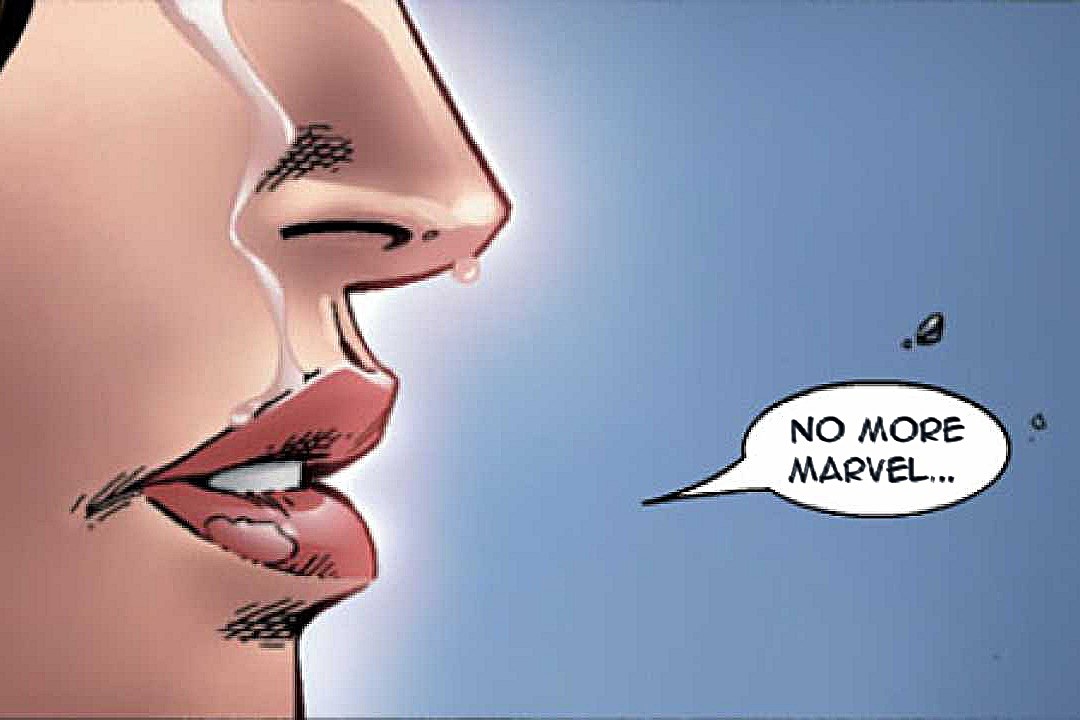 *Update: with news yesterday of the passing of comic book legend, Stan Lee, several #SJWs online began mocking and insulting the man. This didn’t sit well with Ethan Van Sciver and caused him to rethink his earlier position on ComicsGate, stated he was “back in” late last night, making the announcement while reading vile and disgusting tweets from various people insulting Stan Lee. I am pleased with this announcement (6:10 in the embedded video).