What New Horrors Has Erik Larsen Hidden in Savage Dragon?

I know that in the past 15 years or so, whatever “qualities” Image Comics CFO, Erik Larsen’s school-creation ever had, they’ve been trashed ever since by the addition of offensive content that’s gotten to its lowest ebb yet in the 236th issue, which Critical Blast spotted hidden in the pages:

A child is hit in the head with a rock, then punched from behind. And then, yes, sodomized by the other child who is then seen walking away as he pulls up his pants. 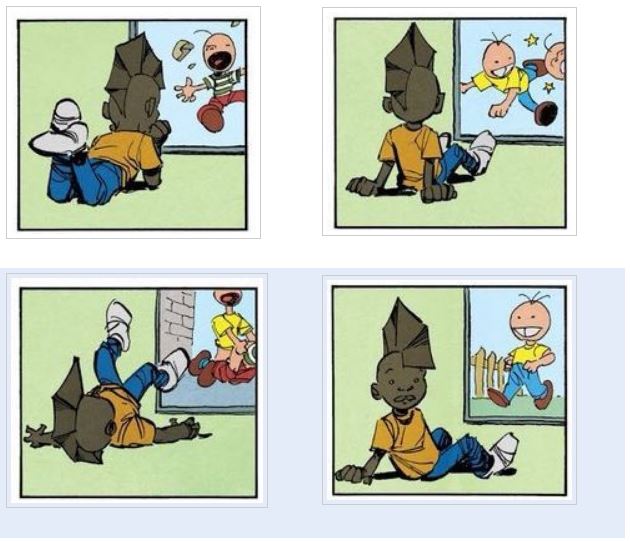 This wouldn’t be acceptable in a manga book, then obviously, it’s equally offensive in a western comic too. At this point, Larsen can no longer claim to be somebody who understands anything about art, and isn’t qualified to make the arguments he did 4 years ago. For now, here’s the bottom line provided by the other site about this case:

Here’s our take: mature jokes are mature jokes. But pedophile-pandering rape scenes aren’t good for anybody, and they’re certainly not good for comics.