What Does Christopher Priest See in Marvel Comics’ ‘U.S. Agent’?

SyFy Wire (via Monkeys Fighting Robots) recently reported about a new miniseries written by Christopher Priest starring John Walker, the very anti-heroic substitute for Steve Rogers as Captain America in the late 80s, who subsequently took up his own role as USAgent. He told them about the writing process, and it begins with the following:

Bounding back into comics courtesy of Marvel Comics, the man who once wore the Captain America cowl, John Walker, is returning to the racks in U.S.Agent #1, the start of a new five-issue miniseries arriving in stores Nov. 4 that resurrects the super-soldier fans most love to hate — and SYFY WIRE is delivering a special sneak peek at the premiere issue.

I think this is a statement worth challenging in the following context: Walker may have been created as a brutally violent, potentially sexist jerk when he first appeared in the late 80s, but that wasn’t his fault, since he’s a fictional character. It was Mark Gruenwald’s fault, since he created the character to embody a “patriotic villain”, as he once put it around 1988. But maybe more to the point, why does it sound like anybody actually wants Walker to remain a de facto villain? If this characterization were changed so that he’d reevaluated his past conduct and reformed to take a better path, would that be wrong? Of course not. It’s not like we should have to hate somebody who may otherwise have been on the good side when he’d first appeared, and want him to remain stuck on that questionable personality till the bitter end of time. To think that way wouldn’t be forward-thinking at all. 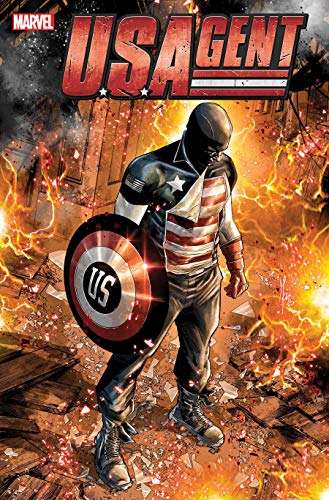 Now about the new miniseries, here’s a description of the plot:

The covert vigilante is now operating as an independent government contractor protecting clandestine government interests. His newest defensive assignment lures him into a clash between a small town and the greedy corporate titan attempting to ruin it. John enlists the assistance of a new colleague, and gets a new nemesis along the way too, all while being haunted by old ghosts and facing grave challenges to his future.

What are the odds this’ll end up being something that doesn’t take issue with corporations for the right reasons? I’ve been well aware of the ambiguous stand these corporate-owned stories take on the whole corporate concept, and it’s not like the publishers and editors overseeing these tales are going to bite the hand that feeds them so easily. Just as troubling is when they make it look like all the guilty parties are white. Let’s get around to what Priest told SyFy:

“The challenge to writing a character like Captain America, or, for that matter, Superman, is building tension and conflict within an ostensibly perfect individual,” Priest tells SYFY WIRE. “Most human beings, even the best among us, are simply not built that way. Even the best of us try and fail. But there is nobility in our trying, so our best leaders will always inspire us to try, regardless of the circumstances.

“The kind of hope Cap or Supes offers us is palatable but more easily consumed by younger people who have experienced less of the disappointment and rejection most of us encounter as we grow up,” Priest continues. “John Walker offers hope to the real world of our adult struggle.”

Why does it sound like he can’t decide whether he wants to offer up more fanciful adventure, or a story focused on protagonists who’re totally built around having problems galore? Plus, it’s worth considering that in this very PC world we live in, younger people are actually discouraged from finding Cap and Superman’s hope appealing, regardless of whether they experience disappointments and rejections or not. For way too long now, as I’ve realized for some time, Batman’s vision is pushed and shoved as what the whole public should consider acceptable, not Superman’s, and not Cap’s either. So what’s the point of complaining about why you find it hard to write characters like Cap and Supes, instead of learning how to get around those difficulties and turn out something palatable? IMO, all Priest’s doing is sending a discouraging message to everyone, implying it’s not worth even trying to write adventures for them. And just wait’ll the same statements end up affecting Mr. Fantastic, since he too could embody what Cap and Supes do. 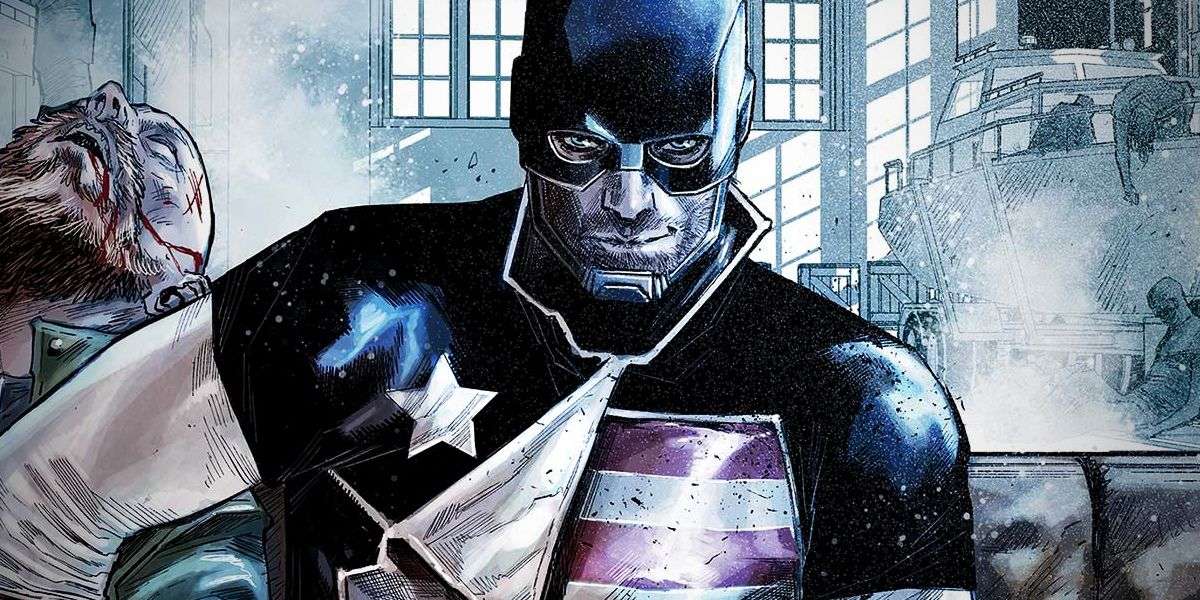 And then, here’s a clue why Priest has so little presence on social media:

According to Priest, John Walker is a tough character to write due to today’s extremely volatile environment, where everyone is high-strung, with thumbs on the Twitter keypads.

“Free speech continues to be eroded as Americans of all value propositions become increasingly intolerant of opposing views and impatient with one another,” he notes. “I honestly don’t know who my neighbors are voting for and I don’t care. If their house is on fire, I come running. I know they are there for me. I don’t know what’s become of that, how we have allowed politics and politicians to steal that from us.

“John Walker is not Archie Bunker, but he ain’t Steve Rogers, either,” Priest continues. “Much like myself, John Walker fails the Steve Rogers test, but it ain’t for any lack of trying. He is Everyman, hefting Captain America’s shield while demonstrably lacking Cap’s strength of character. He means well, but at the end of the day he’s just Rocky Balboa working the suit.”

Well at least he’s admitting that as human beings, even he isn’t perfect, but how is Walker an Everyman, rather than Cap? I can’t buy that. He gets some points for pointing out a serious problem that’s brought down discourse over the years, erosion of free speech values and too many people yammering on Twitter for the wrong reasons, but predictably, doesn’t have the courage to admit it’s mainly the left these days who’re responsible for theft of reason. Of course, this was somebody who resorted to moral equivalence when he got an assignment writing a Justice League volume a few years back, which compounds the perception that, social media presence or none, Priest doesn’t have what it takes to do clear research, let alone an exact stand on many issues. Which could explain why much of his resume has been very hit-or-miss for years. It’s bound to be the same with his new USAgent miniseries.