We Need to Talk About Marvel Comics #1000

Hey F.O.G Lamps, who picked up Marvel Comics #1000 last week? Show of hands, and raise them high in the back row so you can all be accounted for. Odds are a lot of hands in this audience are up, and I get it. With 30 amazing covers and stories and artwork from many of Marvel’s best artists, this book definitely offers a lot. The marketing team at the House of Ideas certainly hyped it like there was no issue 1001, and that’s likely because there isn’t.

Unlike DC’s Action Comics #1000 and Detective Comics #1000, Marvel Comics #1000 was a fully created marketing idea. The original Marvel Comics series only made it to one issue before being renamed “Marvel Mystery Comics”, and that series lasted 159 issues after that. In truth, Marvel Comics doesn’t actually have a 1000 issue. Even with double-shipping and renumbering to legacy counts, they only just recently got to #828 with Amazing Spider-Man, and that is their closest nearly continuous run (it would have been Fantastic Four were it not for the long hiatus). It appears that Marvel Comics simply had “1000-Issue Envy”, and at first blush, that seems petty and sad for the market leader in sales. 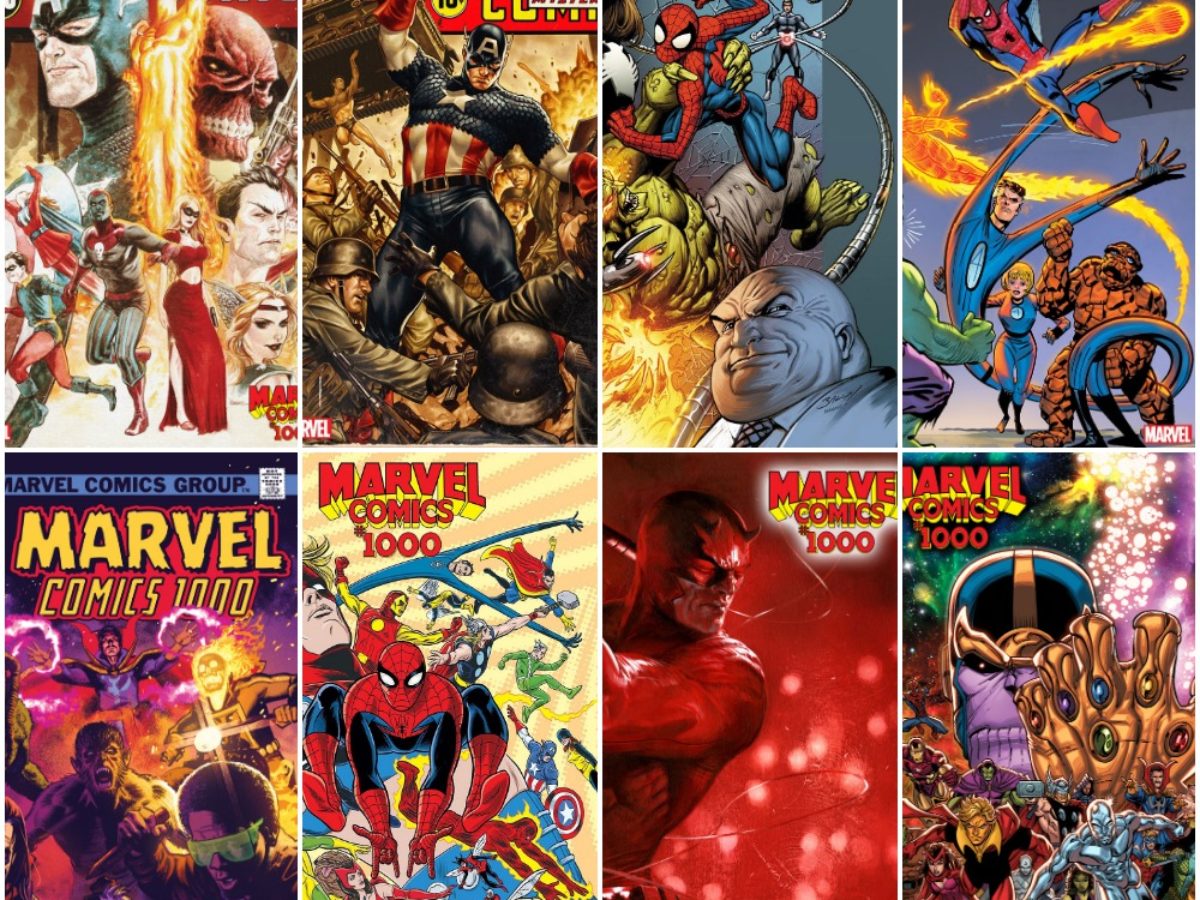 They should have celebrated their 80th birthday in true Marvel fashion, by being bold and different. Let’s discuss how they could have done that, but first, let’s talk about where they’ve been.

When Marvel started gaining steam in the 1960’s Stan, Jack, Steve, and the rest of the Marvel Bullpen did it in their own, often unorthodox way. They took the monster and romance comics they had been famous for, added some flashy costumes, and called them superhero stories. Go back and look at early Spider-Man, and Fantastic Four comics. The Thing and Spidey often appear in contorted and strange poses. The heroes weren’t always loved by the masses and were often hunted and ridiculed like monsters. They got no respect, and they had tons of real-world problems, like angry landlords, job problems, relationship woes, and ripped tights.

Marvel didn’t give us gods who were saving mankind. They gave us human characters who were often trying to save themselves. It was Marvel’s unique approach to superheroes that set them apart from DC Comics. This difference would turn Marvel Comics from a small, little competitor to DC into the biggest comic publisher in the world. The problem with Marvel Comics 1000 is that it shows that many decision makers at Marvel still feel like the smaller competition. 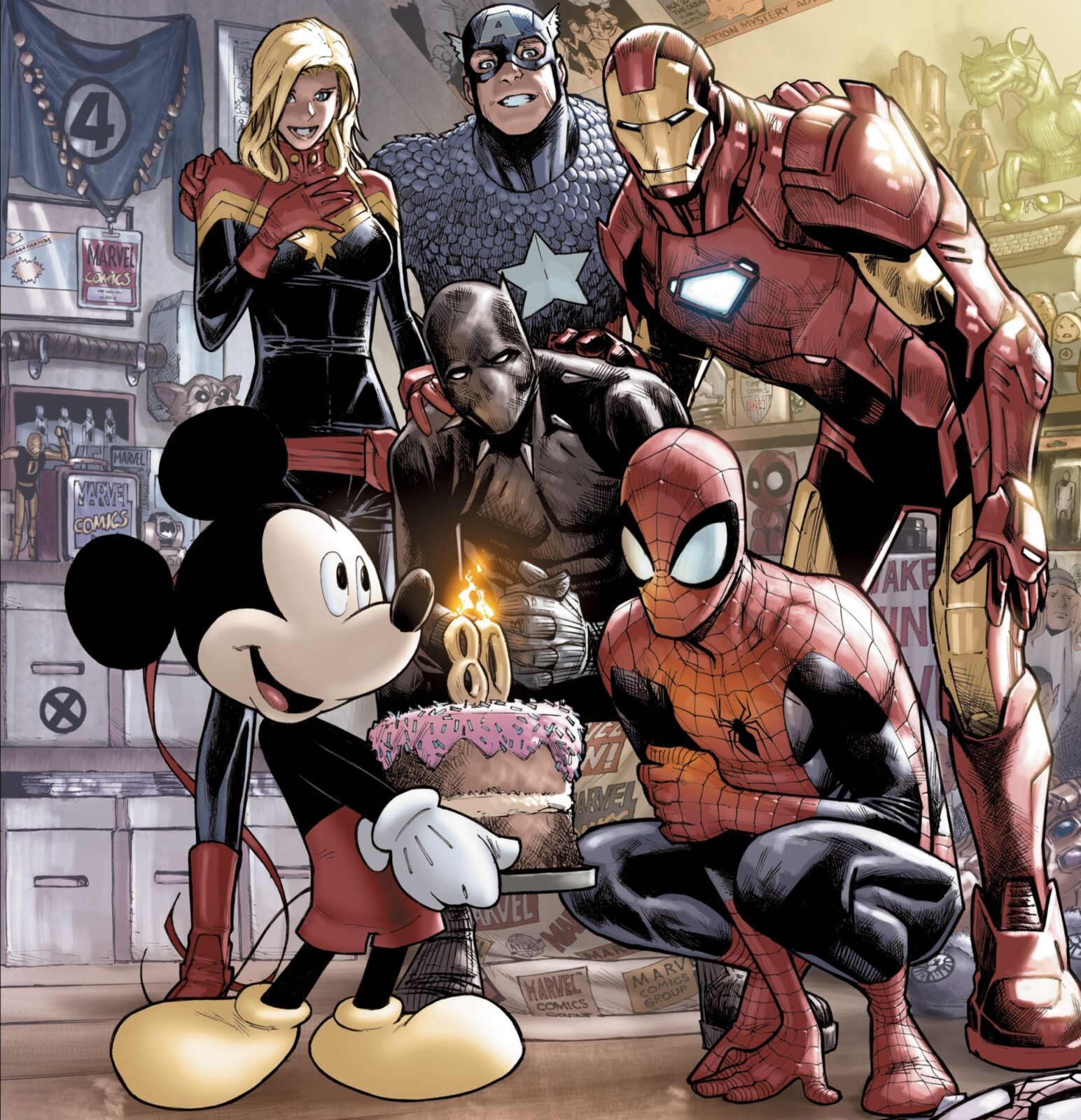 For years DC Comics boasted the more recognizable heroes. Before 2008, if you use the “grandma test”, DC would win. Ask any grandmother to name a superhero and she would have said, Superman and Batman. Some Marvel characters like Hulk or Spider-Man, were well known, but they were still trailing behind DC for recognition from the masses overall. Some of the cooler grandma’s before 2008 would have known Thor and maybe even Wolverine, but 99.9% knew Superman.

However, Iron Man the movie changed that forever. Suddenly your grandma knew who Tony Stark was. Soon she would know Captain America, Hawkeye, Black Widow, and even Star-Lord. Marvel Comics became the predominant name in the superhero world, with even Superman taking a backseat to Marvel’s characters. The change was fast and big, and I don’t think many at Marvel Comics have even fully realized it. They still seem to feel envious of the name recognition of Batman and Superman. Which is why if DC was celebrating 1000 Marvel had to do it also. 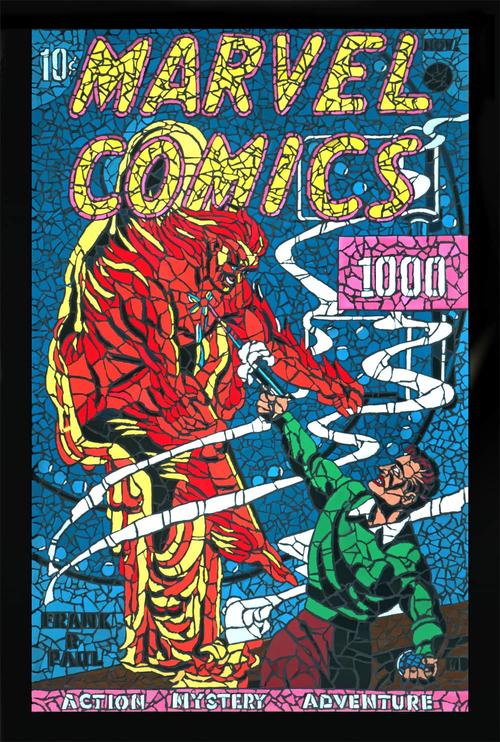 I think it’s important to note that DC Comics didn’t force a Wonder Woman #1000 or a Flash #1000. They recently gave both of these characters 75th-anniversary nods and made fun animations showing both characters through the years, but they didn’t fake a number one-thousand issue because, well, the characters didn’t have 1000-issue runs!

Marvel connected with fans and gave us their brand of stories and entertainment. Long before the idea of lifestyle brand, Marvel was using those strategies to make casual fans into life long supporters. Marvel should have celebrated 80 years of creativity with a large book bringing in all its former talent. They should have lauded Marvel Comics #1 because that was their starting point. However, they should have done so with the same rebellious nature that made them great. If DC is celebrating 1000 issues, Marvel could have gone funny and started up with Marvel Comics #2. They could have gone simple and named it “80 Marvelous Years & Counting”. They could have gone cocky and called it “Marvel’s Road to 100,000”.

Any of those would have been better than to show off their insecurities and chase that 1000 issues that they haven’t earned.

Did you buy Marvel Comics 1000? If so what cover did you go with? What would you have named the Issue? Let us know in the comments below. Thanks for reading, and remember it’s fun to get lost in the F.O.G.

Will Titan Comics Avoid Marvel's Recent Mistakes with Conan?
One of the Last of His Kind: A Look Back at Comics Artist Tim Sale
Indie Comics Showcase #185: Tropical Majicks, Fractured Echo & Exillion
Marvel's Conan the Barbarian License is Moving to Titan Comics
Social Justice Minded Creator Praises the "Power of Comics"
Dead on Arrival: Ms. Marvel Sets MCU TV Record for Fewest Viewers
Marvel Comics to Return to the Planet of the Apes