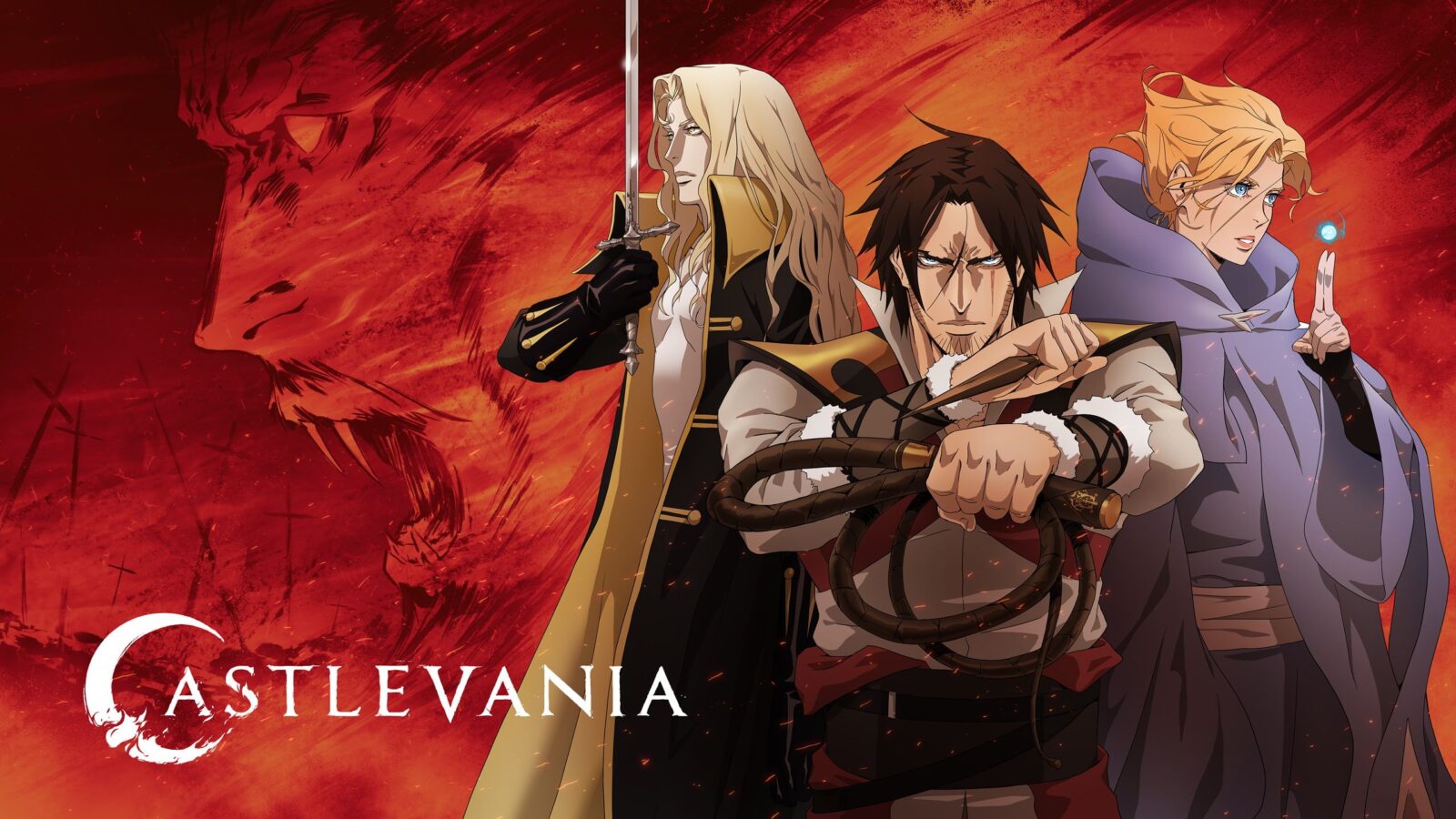 Since Warren Ellis has been something of a notable subject these past few months, due to the allegations of sexual misconduct made against him by women whom he’d dumped, I discovered the following comment made on Twitter about the Netflix Castlevania cartoon adaptation he’d served as senior writer for, and if even half of this is correct, it’s little different from various other examples of entertainment mangled for the sake of PC:

I can’t give them my support. They made Alucard bisexual when in the games he is a devout Catholic, made Isaac black as well as removed his sister, they screwed over Hector’s character, and they completely changed Carmilla’s character. Warren Ellis should not be the one writing.

Hmm, and this is what Ellis was working on in the past 3-4 years? Well…at least it confirms he’s no less pandering than any other SJW to come around the bend. Following this, I did some searching, and found this CBR piece from a few months back, which has quite a lot of slobbering over its PC elements:

Netflix’s Castlevania certainly pushes the envelope when it comes to politics, religion and sex, which is no surprise given that the thought-provoking Warren Ellis is the chief architect behind the series. Through the Forgemaster Isaac in Season 2, we saw an intriguing intersection of race and homosexuality as reasons why he wanted to harm humanity, after years of abuse from being viewed as “the outsider.” 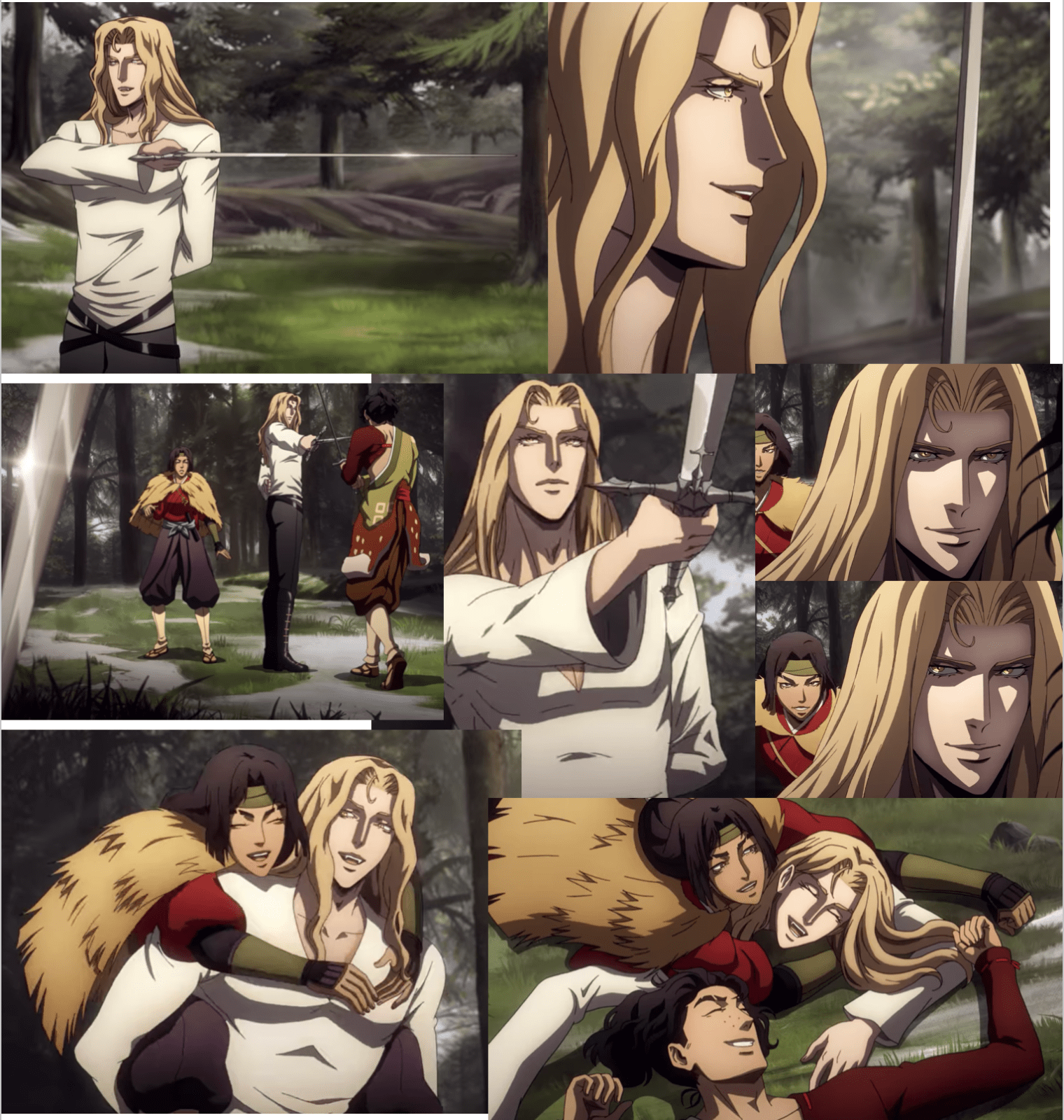 Season 3 follows up on the latter theme, using LGBTQ relationships as a window onto Castlevania’s world, and while it’s a stance that’s a bit strange at times, it ends up being very powerful when you analyze the depth of what Ellis is trying to convey.

Firstly, with Alucard, we have the bisexual Japanese siblings, Sumi and Taka, who wanted to train under the handsome son of Dracula to kill monsters. They forge a close bond but by season’s end, they seduce and try to kill him during sex as they feel he isn’t giving them the weaponry and proper mindset to go hunting creatures. Now, we can understand if you’re weirded out by the incest in this sequence, especially as Castlevania doesn’t censor anything, but hey, we’ve watched the Lannisters on Game of Thrones for years, so this is a walk in the park by comparison.

According to a message written in the comments section, available through the article on CBR proper, Sumi and Taka aren’t related and the animation director also confirmed this. If not, then as PC as the cartoon does appear to be, CBR’s staff have once again proven they’re unqualified for this job. As for whatever Ellis was conveying? Little different from the rest of a social justice agenda, and it wouldn’t shock me if Forgemaster Isaac was a metaphor for right-wingers. At the end of the article:

In fact, both of Castlevania’s LGBTQ arcs in Season 3 are intimate and personal in nature in a way that shares a perspective on the good within people. At the same time, though, they’re also about course-correcting the bad when you leave evolution up to hypocritical humans who inevitably become the same monsters they claim to fear.

So LGBT ideology is how good is conveyed here? Why not with heterosexuality? This is certainly dismaying so much money was invested in turning out something pandering to sleaze. Here’s a game designer who commented on how the cartoon turned out:

So we had 3 seasons of non-gay Alucard, who is also supposed to be true to the game series (no gay/bi there as well). Then suddenly on the pre-epilogue episode of the 3rd season they dropped the bomb.

The whole portrayal of Alucard as passive homosexual is also quite controversial to the image of his father – Dracula, the godfather of the vampires. Dracula was about to kill all humans on Earth just because they killed his wife – he was very true to the classical family values and was never portrayed in the show as the perverted type.

I figure this must be the common trick today: keep the first season apolitical, then let loose with all the social justice elements as it goes along, leading into a bait-and-switch situation. And yet, as this Women Write About Comics entry states, the 1st season had quite a bit of gore to show off:

What makes this short first season so enjoyable, though so little happens, and makes for such a great adaptation is that it’s not really the video game at all. It takes the important themes and runs wild with them. The dialogue is reminiscent of the notably awkward game speech, but elevated thanks to Warren Ellis’s writing and spot-on voice acting. The art is different, but equally as striking and aesthetically-focused. And there is blood. So much blood and guts and gore and eyes hanging from brick buildings. It’s fantastic.

Oh, no doubt about that. It sounds like what we have here is further confirmation that graphic mayhem has become grossly acceptable in these PC circles these days. Indeed, there don’t seem to be many arguments now about whether entertainment’s become too violent and put far too much emphasis on the same. Nor is there any argument about whether today’s youth are being corrupted by this type of belief in what should constitute great art and showbiz.

As awful as this cartoon based on a video game franchise first begun in the late 80s sounds, it clearly didn’t ensure Ellis wouldn’t be consumed by his fellow leftists, seeing as the allegations have pretty much crippled his career, and, it looks like the recent scandal did indeed cost him his role as chief writer for the cartoon. The lesson here is that liberal pandering won’t guarantee immunity from serious allegations for long, and sooner or later, a SJW’s most questionable acts will come back to haunt them.