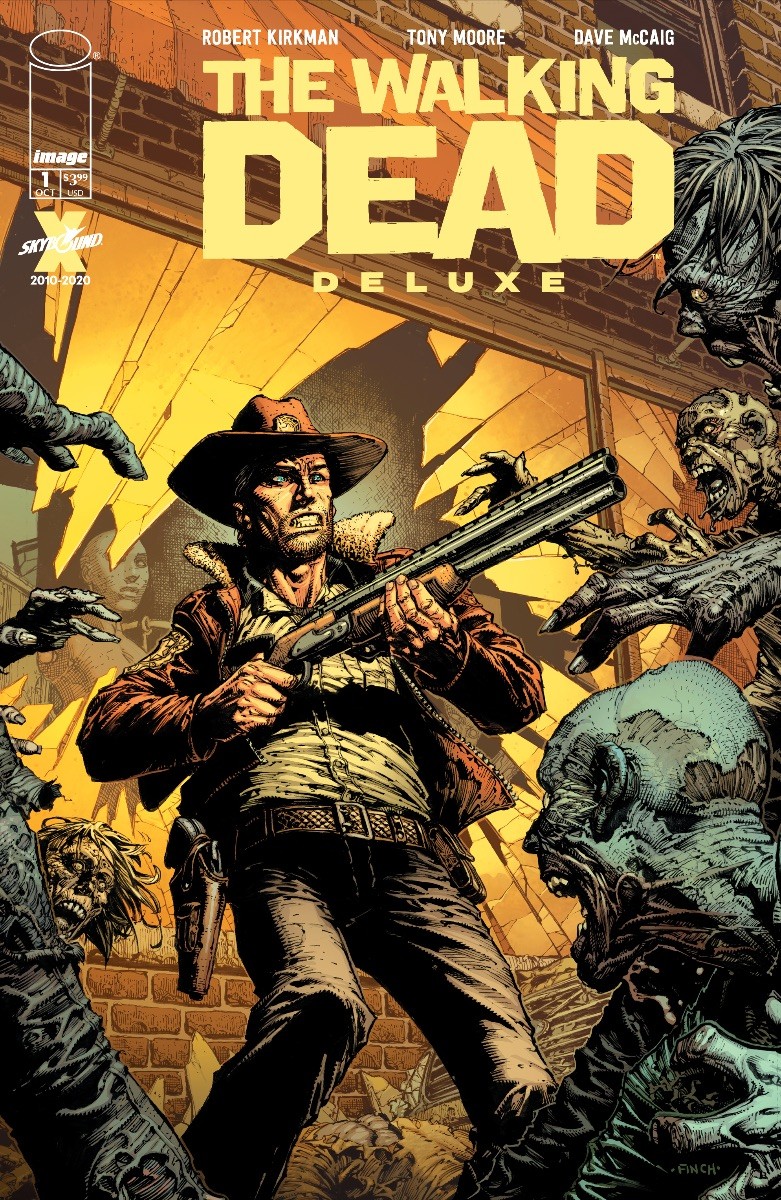 Each issue will include a new installment of “The Cutting Room Floor,” featuring Kirkman’s original handwritten plots along with commentary on abandoned storylines and plot points that may have changed along the way. This definitive presentation of the story will NOT be collected into trade paperback any time soon, so fans and new readers should not trade-wait to experience this fully colored edition of the popular survival horror series. Issue #1 will be available on October 7.

Each following month two issues will be released. The Walking Dead Deluxe #1 will be available at comic book shops on Wednesday, October 7.

The Boys Season 4: Look Who's Joining the Department of Dirty Tricks
Todd McFarlane Returns to DC Comics with Batman Spawn Crossover
More on that 'Walking Dead' Spin-Off that follows Negan & Maggie
Watch: AMC Drops Teaser Trailer for 'Tales of the Walking Dead'
What No Comic Book Professional Can Read
Elon Musk Buys Twitter - and the Meltdowns Have Been Glorious
Savage Dragon Creator Reveals His Inner 'Toxic Fan', Then Bends Knee