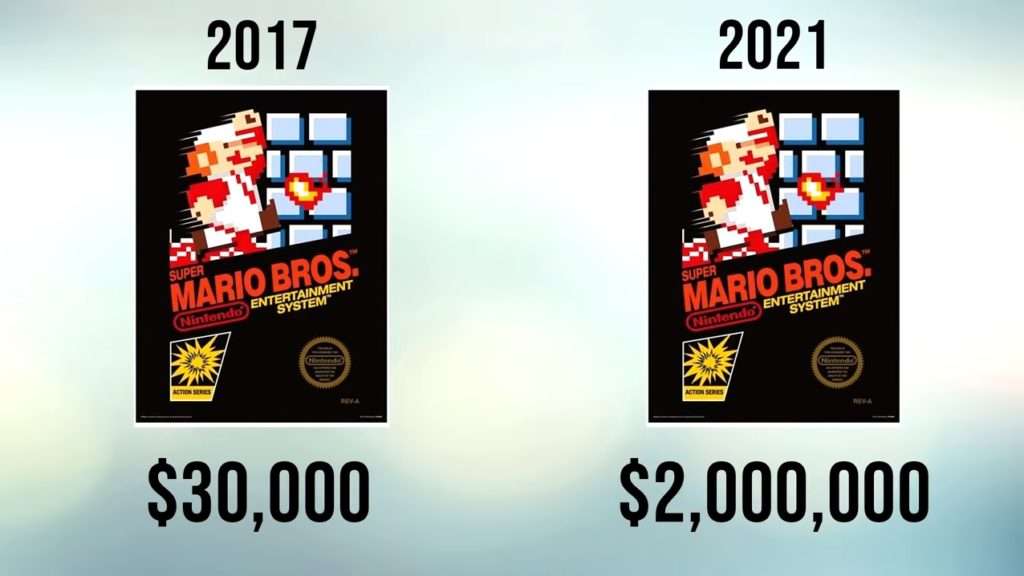 If you’re familiar with the refined generational theory discussed on this and other counterculture blogs, you know that Generation Y is clearly differentiated from the Millennials by the latter’s gullibility and loathing of the past in contrast to the former’s tractability and morbid nostalgia.

Of all the pop culture stories that have crossed my desk, none illustrates Gen Y nostalgia’s detrimental effects on themselves and others better than the breaking retro video game speculation scandal.

The story is still developing, but we have pretty solid eyewitness and statistical evidence that a major game grading site colluded with a leading auction house to inflate retro game prices. The alleged shenanigans included issuing bogus grades in general, inflating the grades of company officers’ games in particular, and planting shill bidders to drive up prices at auction.

Whether deliberate or not, the result of this relatively recent phenomenon was a retro game bubble that only benefited a small cadre of rich, well-placed speculators. Meanwhile, ordinary gamers who collect and play games for fun were frozen out.

If that scenario reminds you of events in another market from earlier this year, it should. Wata Games and Heritage Auctions suspected hijinks echo the hedge funds’ and Wall Street bankers’ wagon-circling during GameStonk.

Karl Jobst, a guy who’s a big deal in the speed running scene, put together a video making a solid case that a massive scam is being run on retro gamers. It’s well worth a watch. If you check it out at work, do your best not to yell at the screen or pound your desk.

Exposing FRAUD And DECEPTION In The Retro Video Game Market

And don’t give money to speculators looking to exploit you.

Support artists who entertain you.