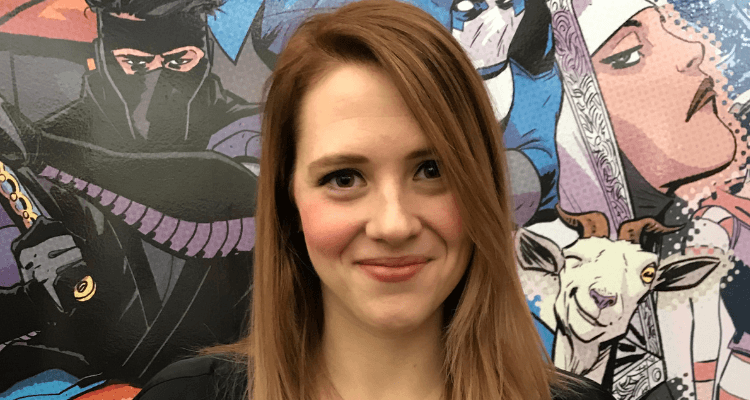 Newsarama/Games Radar interviewed the dreadful former Dark Horse/Marvel editor whom Valiant made a mistake in hiring, and predictably, they sugarcoat everything possible:

Fans of Valiant Entertainment have faced a disheartening shortage of their favorite titles due to COVID-19, but some good news is coming in 2021- the return of Harbinger.

But if Antos, for example, wasted no time in dumbing it down, then it’s no wonder their fortunes began to dwindle ever since she came on board, and are unlikely to recover now. Here’s where it becomes fishy:

Nrama: In the announcement, The Harbinger’s co-writer Jackson Lanzing said it was “unapologetic in its politics.” What does he mean by that?

Antos: I don’t want to speak for Jackson or Collin and put words in their mouths, but the truth of the matter is Harbinger has always been a bit of a political book. I mean, Peter and his Renegades are a bit anarchist, really – the system isn’t working for the people, and they are fighting it. 2021’s The Harbinger is no different.

Whether it’s Peter fighting his own wrongdoings from his past – both figuratively and literally – or fighting the broken system that villainized him from the very beginning, how can a book like The Harbinger not be unapologetic in its politics?

Anybody who defends their likely direction by saying it’s “always” been political sounds pretty obsessed, and not so interested in entertainment, if at all. Chances are high this is an allusion to the USA system, and not to the poorest European ones. Or, no chance there’ll be any critique of corrupt politicians like New York’s governor Andrew Cuomo, who led a disastrous step during the early part of the Covid19 crisis that cost lives, nor any chance there’ll be critiques of Pennsylvania’s Tom Wolf, who so far has allowed BLM/Antifa riots and looting to continue in Philadelphia with no proper opposition.

Antos is, at this point, reason enough to avoid whatever future output Valiant offers, and some might even be discouraged if the company is now owned by a Chinese business, after all the trouble they caused with the Corona outbreak in the first place.
Originally published here.