Vale Bob The Cat and Other Fine Felines on Film

The recent news of the passing of Bob The Cat (real life star of films and books) got me thinking about cats in the movies. 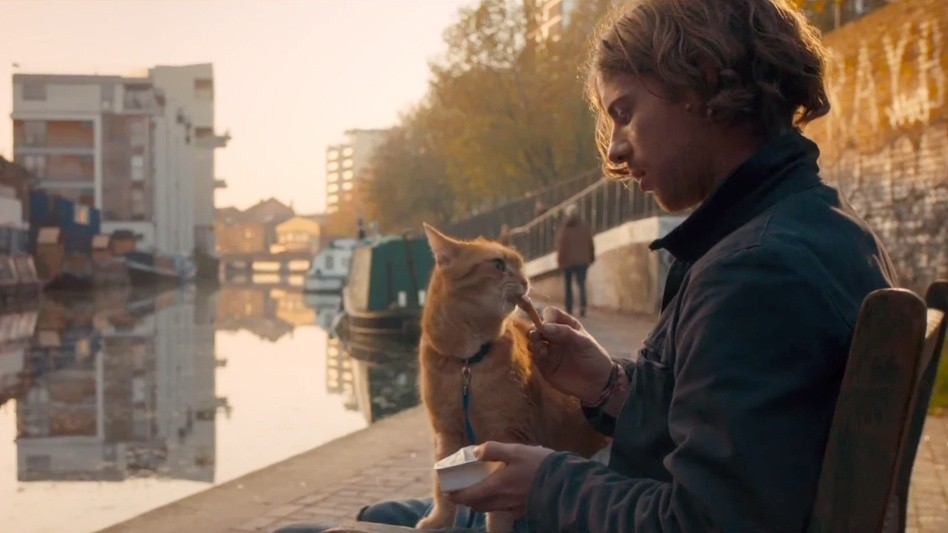 Before I delve into the subject, I should at first say that I knew Bob; well, I used to give him a fiver/tenner when I saw him and his human chum James at the Angel Station in London’s Islington.

He was a truly unique feline, he’d touch my hand (when I was proffering the cash) in an almost human way.

Bob also loved to pose with tourists for pictures. Nothing seemed to phase him. A cool cat. I was so impressed by this scarf-wearing moggie that I was thinking of contacting a publisher to explore the possibility of a book about Bob.

Well that was a road I certainly should have taken…ker-ching, as the phrase goes.

In another strange twist of fate, Ruta Gedmintas (His Dark Materials/The Strain) who played Betty in the first Bob movie used to go out with a mate of mine.

Any who, there’s a sequel entitled A Gift From Bob out later in the year (tbc), so he can take a final bow to his fans.

Director Charles Martin Smith is a recognisable face from his acting roles in The Untouchables, Deep Cover, American Graffiti and many other pictures.

He’s a dab hand at helming animal movies, which have included A Dog’s Way Home, Air Bud and Dolphin Tale.

And in yet another coincidence, one of the production guys on the movie is also a chum.

World's most famous street cat returns to the screen

Back to the movies…some other fabulous felines (NO animations – or bloody Cats):

And as an extra, the ultra-cool Gary Seven’s mysterious shape-shifting puss from the Star Trek episode Assignment: Earth: